Things are heating up for up and coming animators across the pond, with a flurry of funds, initiatives and talent drives being announced from key U.K. players over the last week.

The BBC has announced an unprecedented initiative to find and develop the U.K.’s next animation hit, while supporting and developing both existing and emerging talent within the genre: Ignite. Earlier this year, BBC Children’s & Education Director Patricia Hidalgo pledged to invest in the industry’s development in a bid to create more homegrown shows that reflect the lives and culture of U.K. kids.

“We’re committed to helping the U.K. animation industry develop and thrive and I’m delighted that we’re able to launch this initiative,” said Hidalgo. We know there is a wealth of creative talent across the U.K. and we want to give everyone an opportunity to showcase their ideas. But we not only want to uncover the best talent and ideas, we also want to support and nurture those ideas and the talent behind them.”

Ignite will call for bold, innovative ideas from both established independent production companies, BBC in-house production and talented individuals looking for their first break. The first phase will see up to 20 ideas given an initial development funding pot. Further funding will be allocated at stages two and three for submissions that make it through each round. Sole creators who make it through the first stage will be paired up with a creative team to help build and develop their ideas. BBC commissioners will be looking for originality of ideas, innovative ways in which kids can engage with the show and its characters, the potential to develop the idea for multiple series, ideas that reach an underserved audiences, relatable storytelling, recognisable characters and international appeal. 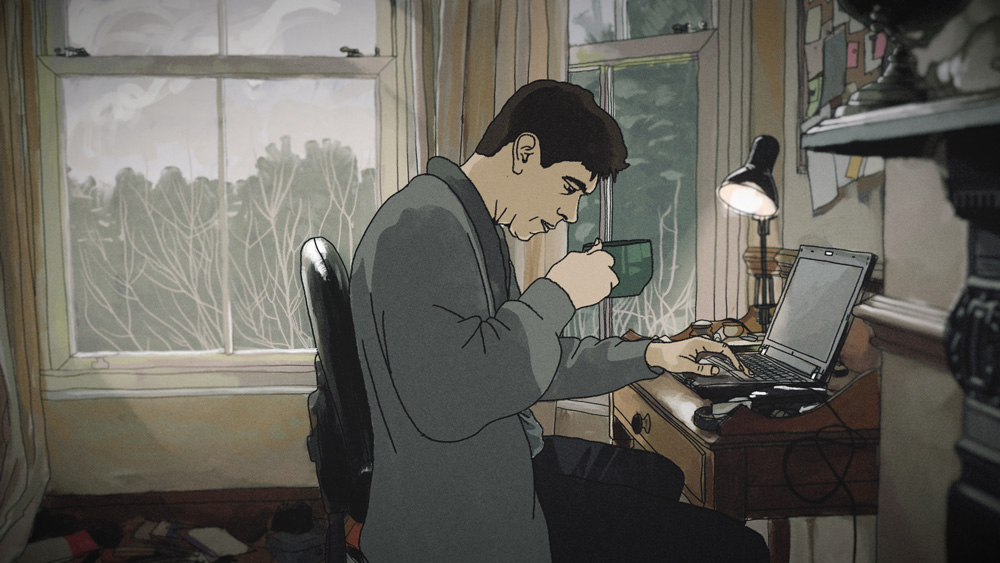 The BFI opened applications for the Short Form Animation Fund, which aims to support growth in the U.K. animation sector. With awards of £30,000 to £120,000 available for successful projects, the Fund, which is now in its second round, is seeking applications from a wide array of U.K. animators and will back projects of up to 15 minutes in length which represent a significant advancement in their work, enable progression and open up new opportunities. The Fund is supported by National Lottery funding and operated by the BFI Film Fund.

A new development within this round is a partnership with StoryFutures Academy – the U.K.’s National Centre for Immersive Storytelling run by the National Film and Television School (NFTS) and Royal Holloway, University of London (RHUL) – who will contribute a grant of up to £50,000 each to support two animated projects that are intended to be immersive in nature, through virtual or augmented reality content.

Following the first round of the Short Form Animation Fund, in November 2020 the BFI announced nine projects supported in production, of which two are now nearing completion. A further project, Scale, has since received production support from the initial Fund. 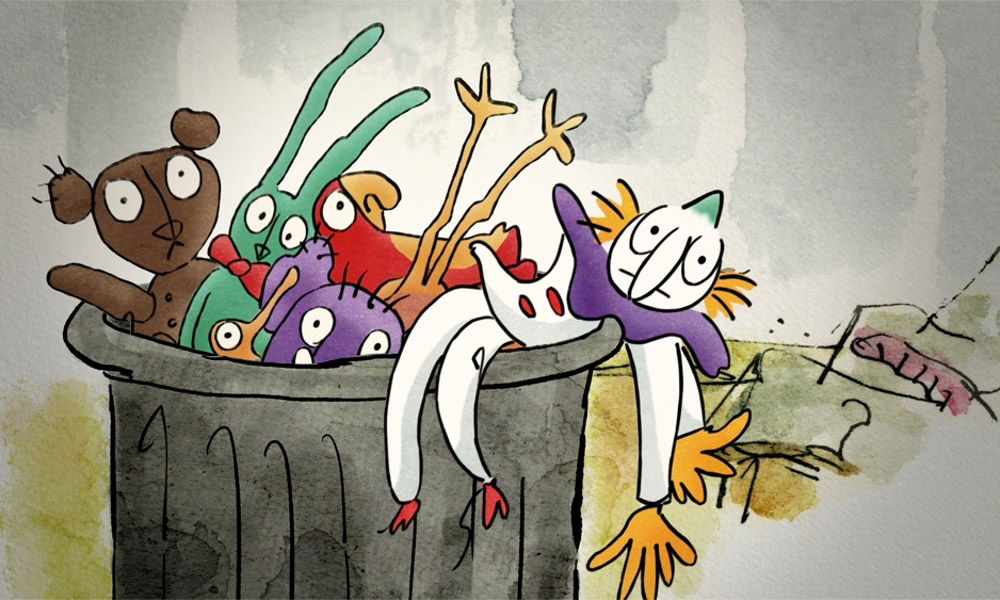 The Short Form Animation call was preceded by the renewed call for the BFI-administered Young Audiences Content Fund (YACF) for production companies and producers to pitch their ideas to secure funding for projects that fulfil the Fund’s criteria of reflecting the lives of children and young people in the U.K., screening on free-to-air, public service broadcasting channels.

Currently in year three of its three-year pilot, the Fund is designed to contribute up to 50% of the production costs for projects that have secured a broadcast commitment from a free-to-access, Ofcom regulated platform, and also supporting producers to develop new ideas within this field. Since its launch, the YACF has revivified and broadened the commissioning landscape by delivering a distinctive and wide variety of programs, spanning all genres and age groups. Animated projects include Eagle Eye Drama’s Quentin Blake’s Clown (Channel 4), Paper Owl Films’ indigenous-language special Sol (BBC Alba, S4C, TG4) and Aardman’s Lloyd of the Flies, premiering on CITV in Fall 2022.

“We’re still accepting submissions for funding through the Young Audiences Content Fund and continue our drive to support projects that connect with young audiences in the U.K. in a manner that has declined in recent years. We have seen the impact of this decline as the engagement of young audiences with public service content has reduced in recent years, but the Fund-backed projects illustrate that when high quality, representative shows are made, young audiences will watch,” said Jackie Edwards, Head of YACF. “The Fund exists for all producers across the television sector, no matter the size of the production company, location or prior experience in children’s programming, so long as the idea is a great one and meets our criteria.” 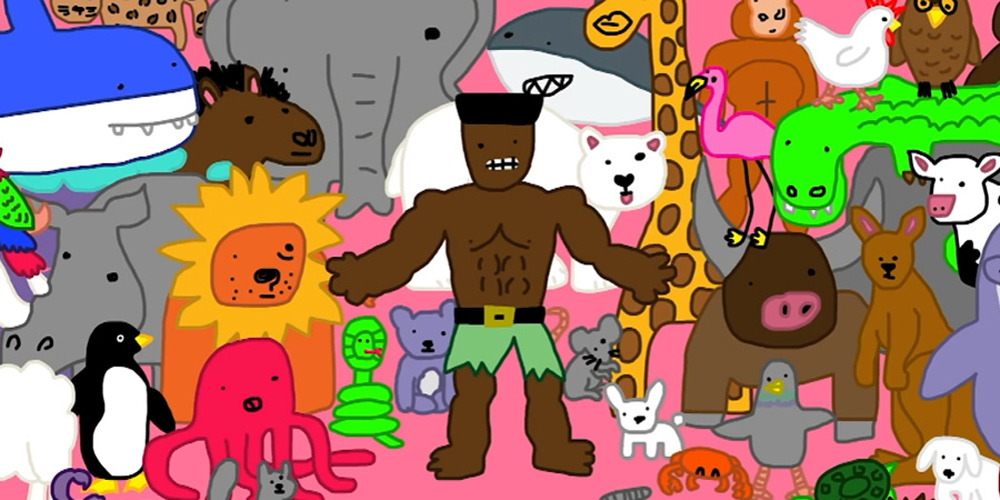 Multi-award-winning Bristol independent production company Wildseed Studios is relaunching its “ideas portal,” inviting creators to submit a project in live action or animation, for the chance to secure up to £10,000 ($13,800 USD) per project to develop and even pilot their idea before pitching to global platforms. Having successfully identified, developed and produced scripted projects from first time creators on Netflix, BBC, Disney and Sky, the studio specializes in ideas that will appeal to audiences below 30, and is therefore looking for projects with a youthful perspective, character-led stories and a sense of humor.

The submissions portal is designed to offer a level playing field: Creators do not need to have an agent or to have been produced before. Character designs, videos, graphic novels and manuscripts are all accepted as well as traditional scripts. The first ideas portal generated 40 pilots at Wildseed, resulting in a 60% pickup rate including animated projects Dodo (Sky Kids), Counterfeit Cat (Disney), Tales of the Serengeti and Wolf Jenkins (both BBC3).

“Success in the content business is, now more than ever, driven by passion projects from unique voices and, as we know from joyful experience, when we find raw talent and mentor their creative vision, we find the next generation of hits,” Jesse Cleverly, co-Founder & Creative Director at Wildseed Studios. “We are also very aware that the industry has so far failed to enable the full spectrum of creative talent, which is why we are especially focussed on those voices who have not felt represented in the industry to date. Our submissions portal is a level playing field open to all creators and we will be especially focussed on delivering this opportunity to creative talent who have not felt that the normal routes into the industry are as open to them.”

“We are also committed to delivering value to anyone who submits an idea to us from the very first contact,” Cleverly continued, “which is why we promise to give constructive feedback on every idea we are sent, even if we can’t take it forward. For ideas that we think have potential to progress to the next stage, we will talk to the creator, and then if we feel we see the opportunity in the same way and the idea continues to excite, we will work with the creator and invest up to £10,000 to develop their idea so that it is ready to pitch to the world’s leading content platforms.”

Wildseed Managing Director Miles Bullough added, “Wildseed’s mission is about finding and mentoring the most exciting new talent in scripted entertainment. We pioneered this approach to talent development because we wanted to find fresh ideas from people who would not necessarily get access through the standard routes. We use our industry experience and know-how to identify and nurture new creative talent towards commissions for mainstream platforms and, judging by the results to date, we know it works.” 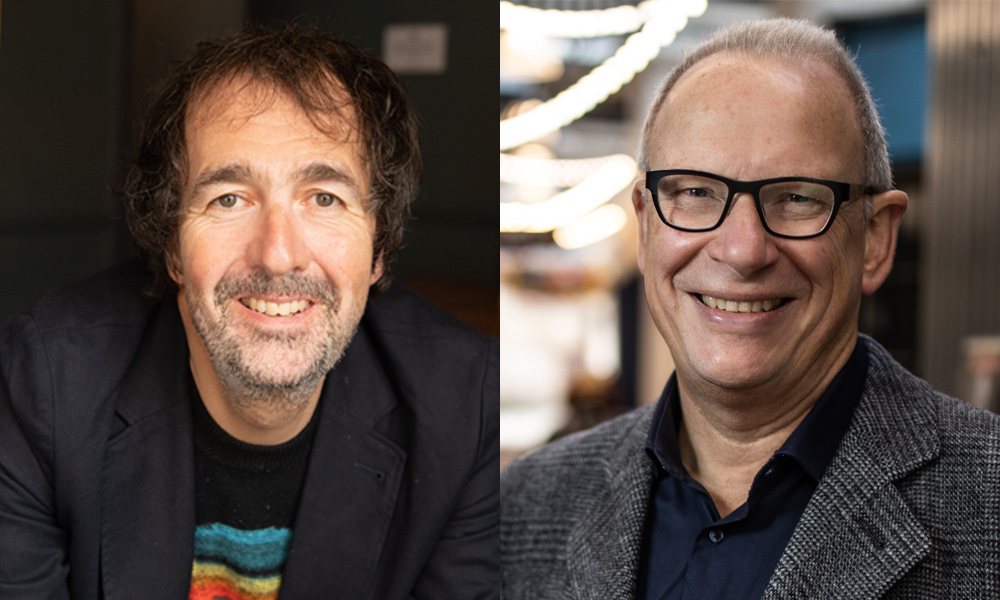