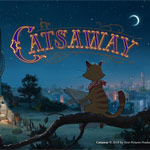 An underground feline court is uncovered in the first trailer for Catsaway, a new animated feature by Emirati director Fadel Saeed AlMuhairi (Abood Kandaishan), which has debuted exclusively on the twofour54 YouTube channel. The film is being produced by Tent Pictures Productions at its HQ in the twofour54 production hub in Abu Dhabi, in cooperation with Juice Studios (Poland).

“Fadel is a long-standing member of our thriving media ecosystem at twofour54 and a wonderful example of the incredible creative talent that we are developing in Abu Dhabi as we realize our vision of being the Capital for content creators,” commented H.E. Maryam Eid AlMheiri, CEO of Media Zone Authority – Abu Dhabi and twofour54.

Catsaway is AlMuhairi’s first animation project. The traditionally hand-drawn feature is the tale of a group of savvy street cats trying to make (and hold onto) a home for themselves in the ever-changing city of Abu Dhabi. After more than a year of pre-production, the film is in full production with an expected theatrical debut later this year.

Tent Pictures is participating in the Abu Dhabi International Book Fair, running through May 1 at the National Exhibition Centre, where visitors can learn more about the film. 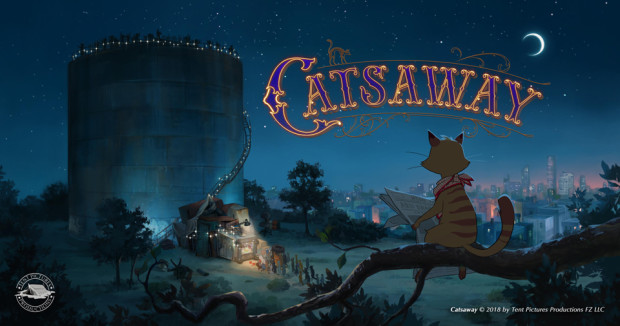 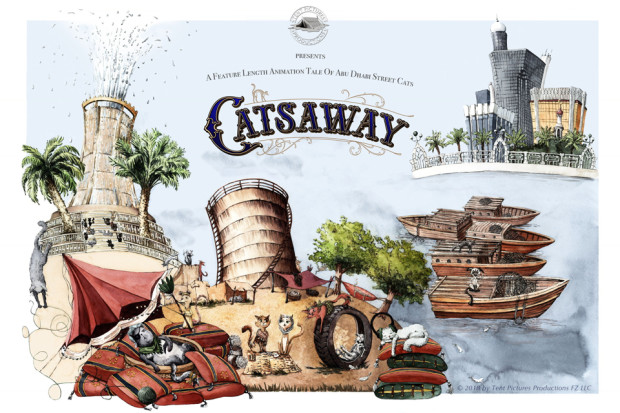