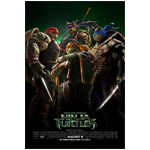 Paramount’s gritty, action-packed update on Teenage Mutant Ninja Turtles got off to a whizz-bang start this morning, with fans of all ages helping the martial-arts masters to one of the biggest August openings ever at an estimated $65 million, according to Box Office Mojo. Marvel’s Guardians of the Galaxy meanwhile held on for a solid second weekend, coming in at No. 2 with $41.5 million — a 56 percent drop. Movie goers were slightly more tempted by CG creatures than digital weather effects, with tornado flick Into the Storm coming in third ($18m).

In foreign theaters, Guardians added $40.1m to its pot, thanks in part to a No. 1 opening in Australia — the space adventure will arrive in France and Spain next weekend. Turtles took in an additional $28.7m thanks to worldwide brand awareness. Dawn of the Planet of the Apes picked up $29.5m, and Transformers: Age of Extinction totted up $9.1m for an overseas total of $789.3m. 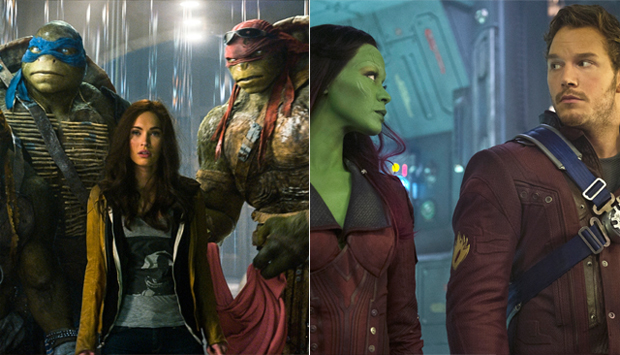 You may also like...
Related Topics:Dawn of the Planet of the Apes, DisneyToon, Guardians of the Galaxy, Into the Storm, Marvel, Paramount, Planes: Fire & Rescue, Teenage Mutant Ninja Turtles, Transformers: Age of Extinction