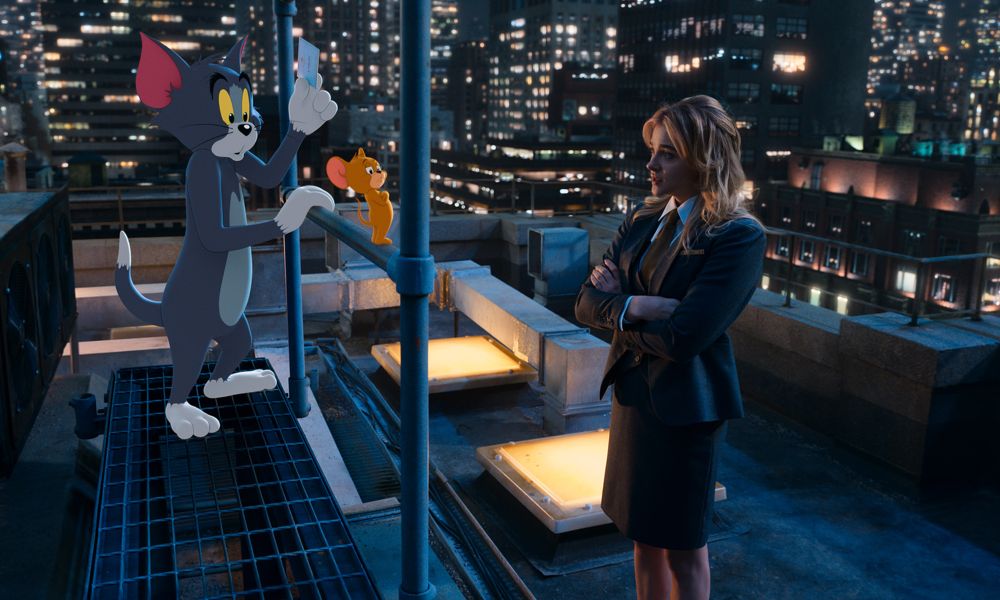 The cat-and-mouse game continues as Warner Bros. ramps up to the release of Tom and Jerry — the first theatrical feature outing for the classic Hanna-Barbera duo in almost 30 years. In addition to new, exclusive artwork featuring Tom, Jerry and their human co-star Chloë Grace Moretz released today, fans can catch an exclusive sneak-peek of the new movie on Cartoon Network on Monday!

Tune in to Cartoon Network to catch the new footage reveal, immediately following the channel premiere of The LEGO Movie 2: The Second Part at 6 p.m. ET/PT on Mon., February 15.

Directed by Tim Story, Tom and Jerry is a Warner Bros. Pictures and Warner Animation Group presentation. The movie will hit U.S. theaters on February 26, and will be available on HBO Max for 31 days from theatrical release.

Synopsis: One of the most beloved rivalries in history is reignited when Jerry moves into New York City’s finest hotel on the eve of “the wedding of the century,” forcing the event’s desperate planner to hire Tom to get rid of him. The ensuing cat and mouse battle threatens to destroy her career, the wedding and possibly the hotel itself. But soon, an even bigger problem arises: a diabolically ambitious staffer conspiring against all three of them. An eye-popping blend of classic animation and live action, Tom and Jerry’s new big-screen adventure stakes new ground for the iconic characters and forces them to do the unthinkable… work together to save the day.