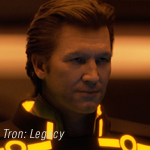 More than 28 years after Disney rolled out its videogame adventure pic Tron, it’s revving up the lightcycles again for the long-awaited sequel, Tron: Legacy, opening this weekend.

The film is being released in 2D, stereoscopic 3D and IMAX 3D formats in more than 4,450 cinemas. Starring Jeff Bridges, Garrett Hedlund and Olivia Wilde, Tron: Legacy is directed by Joseph Kosinski and features visual effects from Digital Domain, Quantum Creation FX, Mr. X, Whiskeytree, Lola, Prime Focus, Ollin Studio, Prologue, Yannix Technologies and National Fiber Technologies. Working against the film are less-than-stellar reviews, with Rotten Tomatoes giving the film a 56 and Metacritic an average score of 58. Reviews may not matter in this case, given the high interest in the film and its visuals.

Also out this weekend is Warner Bros.’ mix of CG animation and live-action in Yogi Bear, also releases in stereoscopic 3D. Adapted from the classic Hanna Barbera TV cartoon, Yogi Bear is set to play in more than 4,500 theaters. Critics have lambasted the film, directed by Eric Brevig and starring Tom Cavanaugh, Anna Faris ant the voices of Dan Aykroyd and Justin Timberlake.

Other films making their debut include the comedy How Do You Know? in about 2,500 cinemas and an expansion of the critically acclaimed drama The Fighter to 2,220 locations.