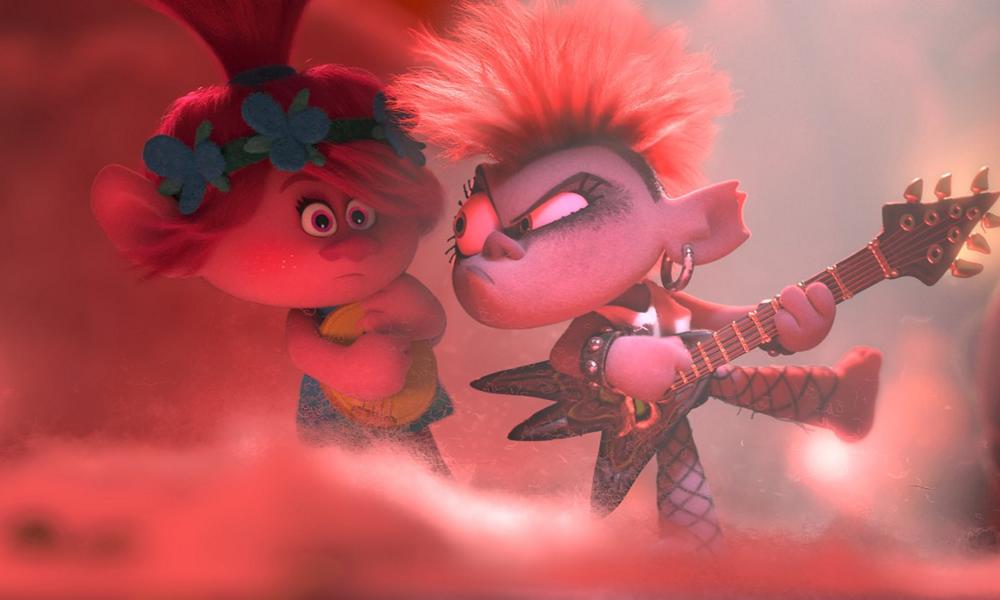 Universal’s decision to take DreamWorks Animation’s highly anticipated family sequel Trolls World Tour into homes at the 48-hour rental price of $19.99 during the COVID-19 theatrical shutdown has reportedly racked up an estimated $95M in rental fees in the title’s first 19 days. With VOD terms in the studio’s favor at an estimated 80%, Universal is banking an estimated $77M in revenues before marketing expenses. However, this uncharted territory raises questions about what effects this will have on the film’s revenue downstream, vis-a-vis cheaper rental release windows, home entertainment — and what it means for the future relationship between studios and cinemas.

The PVOD experiment was so successful that Universal Pictures announced Tuesday it will continue to release first-run movies on demand as well as in theaters. This declaration quickly inspired retaliation from major cinemas: Share terms between the studio and exhibitors range around 50/50 or 60-65/40.

AMC Theatres — the largest chain in the U.S. and owner of European exhibitor Odeon — was first to announce that it will no longer screen any Universal films in its 1,000 locations worldwide: “This radical change by Universal to the business model that currently exists between our two companies represents nothing but downside for us and is categorically unacceptable to AMC Entertainment,” CEO Adam Aron wrote to Universal chairman Donna Langley.

“Our goal in releasing Trolls: World Tour on PVOD was to deliver entertainment to people who are sheltering at home, while movie theatres and other forms of outside entertainment are unavailable. Based on the enthusiastic response to the film, we believe we made the right move. In fact, given the choice of not releasing Trolls: World Tour, which would not only have prevented consumers from experiencing the movie but also negatively impacted our partners and employees, the decision was clear.

Our desire has always been to efficiently deliver entertainment to as wide an audience as possible. We absolutely believe in the theatrical experience and have made no statement to the contrary. As we stated earlier, going forward, we expect to release future films directly to theatres, as well as on PVOD when that distribution outlet makes sense. We look forward to having additional private conversations with our exhibition partners but are disappointed by this seemingly coordinated attempt from AMC and NATO to confuse our position and our actions.”

The National Association of Theatre Owners (NATO) also entered a back-and-forth with Universal, issuing a statement asserting that the unprecedented shelter-at-home circumstances of the pandemic are not indicative of “a shift in consumer movie viewing preferences,” adding that, “While Universal may be pleased with the PVOD results of Trolls World Tour, this outcome should not be interpreted as a sign of a ‘new normal’ for Hollywood.” NATO president and CEO John Fithian said, “Universal does not have reason to use unusual circumstances in an unprecedented environment as a springboard to bypass true theatrical releases … We are confident that when theaters reopen, studios will continue to benefit from the global theatrical box office, followed by traditional home release.”

The studio fired back, questioning whether AMC and NATO were in cahoots, an allegation the trade association denied: “Unfortunately Universal has a destructive tendency to both announce decisions affecting their exhibitor partners without actually consulting with those partners, and now of making unfounded accusations without consulting with their partners.”

On Wednesday, things heated up with Regal Cinemas owner Cineworld Group as well as Europe’s International Union of Cinemas (UNIC) added their censure to the conversation.

“Universal unilaterally chose to break our understanding and did so at the height of the COVID-19 crisis when our business is closed, more than 35,000 employees are at home and when we do not yet have a clear date for the reopening of our cinemas.

Universal’s move is completely inappropriate and certainly has nothing to do with good faith business practice, partnership and transparency. …

Cineworld’s roots go back 90 years in the industry and it was always open to showing any movie as long as the rules were kept and not changed by one sided moves. Today we make it clear again that we will not be showing movies that fail to respect the windows as it does not make any economic sense for us. We have full confidence in the industry’s current business model.

No one should forget that the theatrical side of this industry generated an all-time record income of $42 billion last year and the movie distributors’ share of this was about $20 billion.”

The note also recapped a conversation between Cineworld CEO Mooky Greidinger and Comcast Chairman Brian Roberts after the window-breaking PVOD release was announced in March:

“Nice words from your team are worthless if we cannot trust you as a partner. The message that the media has portrayed is: ‘Hollywood breaks the window’ – well, this is not true! All our partners called us in timely manner and told us that in the current situation they want to shorten window for movies that were already released as cinemas are closing, most importantly, they all reassured us that there will be no change to their window policy once the cinema business returned. Unfortunately I missed similar message in Universal’s announcement… not only did Universal provide no commitment for the future window – but Universal was the only studio that tried to take advantage of the current crisis and provide a ‘day-and-date’ release of a movie that was not yet released.”

“The performance of Trolls Word Tour should be viewed – and only viewed – in the context of the exceptional circumstances surrounding its release and the unprecedented times we are living through. When a third of the global population is currently on some form of a coronavirus lockdown and only 4% of cinema screens around the world are open, it is hardly surprising that many have turned to VOD and similar other services. …

The results for this title also undoubtedly owe a great deal to its marketing as – what was then planned to be – a theatrical release. The sequel was also one of the very few children’s films to hit the market at this time. … Everyone has had to make adjustments in their daily lives and this includes film fans. This should, however, not be seen as a sign of changing preferences from an audience standpoint – it is after all worth recalling that 2019 was a record-breaking year for cinemas worldwide.”