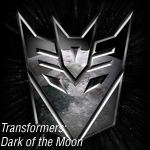 We might need to roll out a new definition for blockbuster and call it Transformers: Dark of the Moon.

The movie, based on the Hasbro toys and classic 1980s animated TV series, had an incredible debut at the box office, taking in $116 million in domestic ticket sales over the four-day Independence Day weekend. Combined with the movies strong opening last Wednesday, that brings the movie to a $181 million six-day domestic debut.

But that’s not even the half of it — literally. Overseas, Transformers: Dark of the Moon grossed a whopping $237 million for a six-day worldwide total of $418 million.

Those results set a record for the best Independence Day opening in history, and the ninth-largest six-day gross in movie history.

Slipping to second place was Disney-Pixar’s Cars 2, which sold $32 million of tickets domestically in its second weekend of release. Cars 2, directed by John Lasseter, has now earned about $123 million in domestic ticket sales and about $82 million overseas for a total of about $205 million. Cars 2 continues to roll out in various foreign markets throughout July.

The rest of the pack trailed far behind Cars 2, with Bad Teacher in third place with about $17 million, followed by the debut of the Tom Hanks and Julia Roberts comedy Larry Crowne with $15 million, J.J. Abrams’ Super 8 with $9.5 million, the new Selena Gomez comedy Monte Carlo with $8.7 million, and Warner Bros.’ DC Comics adaptation Green Lantern with just under $8 million.

Meanwhile, Disney’s Pirates of the Caribbean: On Stranger Tides crossed the $1 billion worldwide mark, with more than three-quarters of that income coming from foreign ticket sales.

The next major animated release is Disney’s Winnie the Pooh, which will go head to head with the behemoth that is Harry Potter and the Deathly Hallows, Part 2 on July 15.