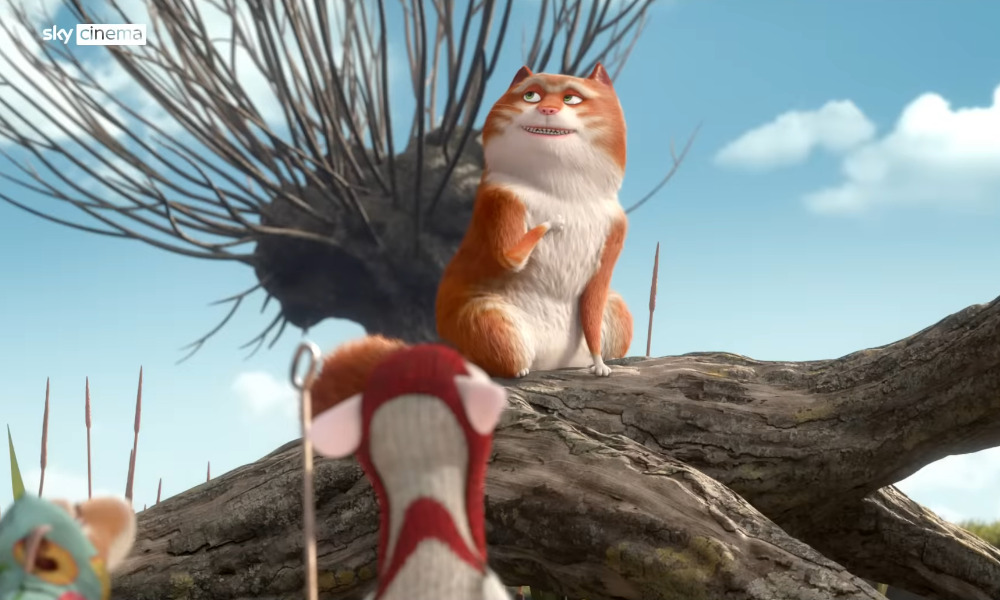 Following Sky’s successful Up Next showcase event at the Theatre Royal, Drury Lane, London last night (May 17), where the broadcaster unveiled an exciting slate of programming to a star-studded line up of British talent, it has released first-look trailers for seven of its upcoming original British series.

These series sit among over 200 Sky Original shows across all genres this year – a 60% increase from 2021 and testament to Sky’s investment in the U.K. creative economy.

Of course, the stand-out title of the batch for Animation Magazine is the highly anticipated CGI-animated feature, The Amazing Maurice!

Synopsis: Maurice is a streetwise ginger cat who masterminds a money-making scam by befriending a group of talking rats and a human boy, Keith. Going town to town, the rats pretend to infest the town and Keith uses his pipe to lead them away – all for a tidy profit. However, as Maurice and the rodents reach the stricken town of Bad Blintz, they discover something sinister going down beneath the city’s streets.

The film was sneak-peeked at Cartoon Movie earlier this year.