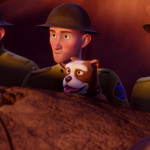 Fun Academy has revealed a new trailer for its upcoming CG animated family feature Sgt. Stubby: An American Hero, inspired by the true story of the most decorated military dog in American history. Set against the backdrop of the U.S. Army’s entry into World War I, the movie spotlights the unbreakable bond between a young soldier and a stray dog who proves that the bravest heroes can come from the unlikeliest places.

Opening April 13 on approximately 3,000 screens across the US and Canada — coinciding with the year-long 100th commemoration of the United States’ role in the “War to End All Wars,” Sgt. Stubby was directed by award-winning documentarian Richard Lanni in his feature film debut, and stars Logan Lerman (Fury, The Perks of Being a Wallflower), Helena Bonham Carter (Ocean’s 8, Harry Potter films) and Gérard Depardieu (Life of Pi, Cyrano De Bergerac). The film features an original score by Patrick Doyle (Brave, Thor).

In the film, the life of Army “doughboy” Robert Conroy (Lerman) is forever changed when a little stray dog with a stubby tail wanders into his training camp in New Haven, Conn. Conroy gives his new friend a meal, a name, and a family. Robert’s sister Margaret (Bonham Carter) narrates Stubby and Robert’s experience in the trenches of France, where accompanied by their new friend, French poilu Soldier Gaston Baptiste (Dépardieu), they embark on an epic journey rife with harsh conditions and incredible acts of courage. For valorous actions above and beyond his small stature, Stubby becomes the first dog promoted to the rank of Sergeant in the U.S. Army.

The film has been selected as an official project of the United States World War One Centennial Commission and its French counterpart, La Mission du Centenaire 1914-18; additional endorsements and educational partners include the Connecticut State Library, the National Infantry Museum Foundation, the National World War I Museum & Memorial and the Lowell Milken Center for Unsung Heroes. Beyond his military exploits, Stubby’s status as an adopted stray has resulted in nearly a century of recognition by animal rescues and welfare organizations, and Fun Academy has partnered with more than 70 regional and national animal organizations across the entire US to shine a light on the human-animal bond and the amazing things adopted animals can do when given a chance in life.

More on the film at www.stubbymovie.com. 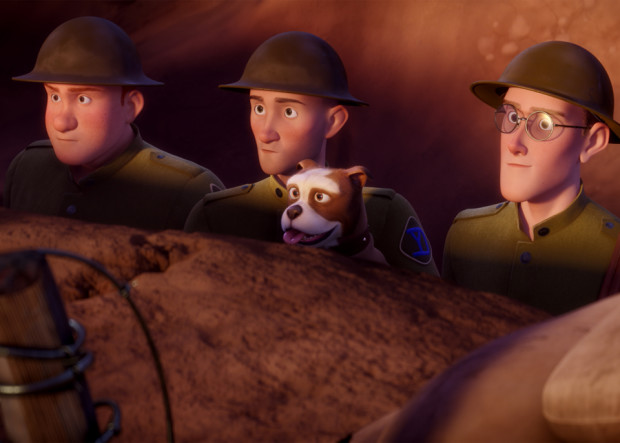 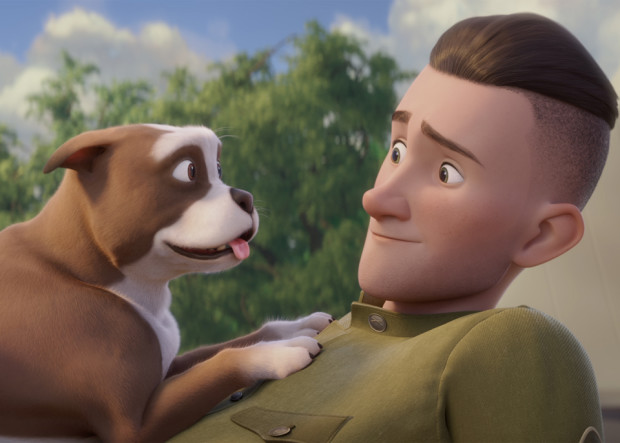 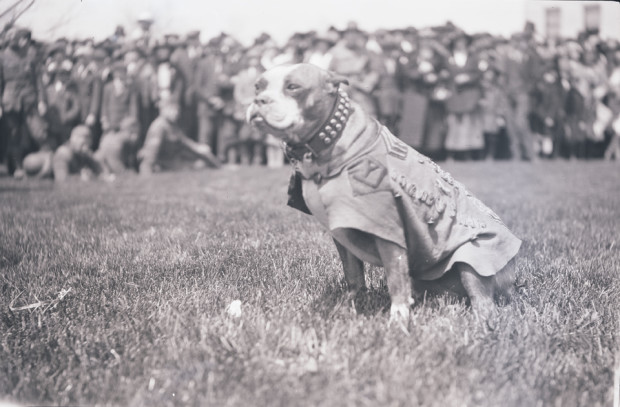 Photo of the real Stubby, courtesy of the Connecticut State Library