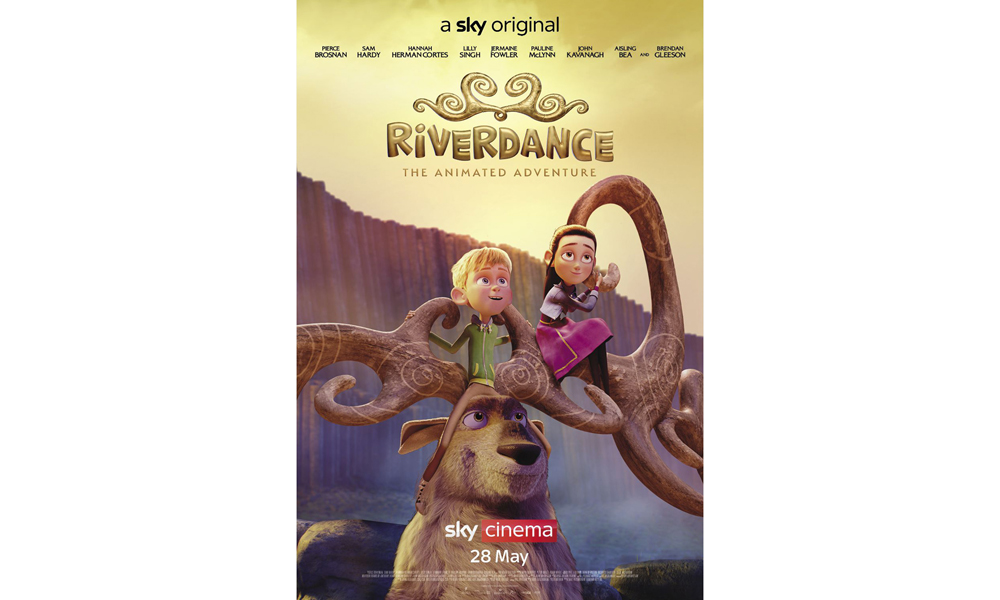 The Grammy-winning stage phenomenon of Irish dance is being reborn as a new CGI family adventure in Riverdance: The Animated Adventure, a Sky Original. The film is co-produced by Aniventure and River Productions and will be available in the U.K. & Ireland exclusively on Sky Cinema and streaming service NOW on May 28.

“Riverdance has been a cultural phenomenon across the world for more than 25 years. This magical animated adventure brings the spirit of Riverdance to life for a new generation and Sky Cinema customers are going to love it!” said Zai Bennett, Managing Director of Content, Sky U.K. & Ireland.

“This transcendent entertainment is what makes Riverdance a unique and exciting source for an animated feature,” said director Dave Rosenbaum. “Our film celebrates the power of music and dance in new, unexpected ways. It illustrates the richness of Ireland’s history, nature and people. And it brings to the screen an original world full of comedy and drama, drawn from our imagination.”

Moya Doherty, who produced the film alongside Peter and Adam Nagle, added, “This beautiful story brings Riverdance into a new and exciting phase, one which will allow families to enjoy the spectacle together. It reinforces the deep connection of Riverdance to Irish culture both at home and across the globe, and one which introduces Riverdance to a new, young audience many of whom will be experiencing Riverdance for the first time.”