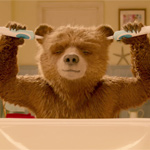 Flying in from Darkest Peru comes the sequel to the surprise family megahit Paddington. Based on the classic children’s book series by Michael Bond and Peggy Fortnum, the 2014 live-action/CG hybrid proved an astonishing smash that handled its property with charm and wit, especially relative to many similar updates of beloved children’s properties. Not willing to dispense with a good thing to the tune of $268 million, Paddington 2 looks to continue in the same vein of laughs and visual panache as its predecessor.

The much-anticipated sequel finds Paddington happily settled with the Brown family in Windsor Gardens, where he has become a popular member of the community, spreading joy and marmalade wherever he goes. While searching for the perfect present for his beloved Aunt Lucy’s 100th birthday, he spots a unique pop-up book in Mr. Gruber’s antique shop, and embarks upon a series of odd jobs to buy it. But when the book is stolen, it’s up to Paddington and the Browns to unmask the culprit.

Old faces Hugh Bonneville, Sally Hawkins, Julie Walters, Peter Capaldi, and Jim Broadbent return, as does Ben Whishaw’s voice as the titular bear and Imelda Staunton’s as his aunt. Joining the adventure is everyone’s favorite Irish character actor, Brendan Gleeson, and Hugh Grant as a villainous and perhaps subversively meta thief and conman (as Paddington points out in the trailer, he used to be an actor but now does dog food commercials). Joanna Lumley and Richard Ayoade will pop up in cameo roles.

Paul King (The Mighty Boosh) continues as director and co-writer for this next installment, working with newcomer co-writer Simon Farnaby (Mindhorn). David Heyman and Heyday Films are producing with Studiocanal as European distributor. The Weinstein Co. will handle distribution in the United States. International rollout is set to begin November 9 with a UK release the following day. The US release date is set for January 12, 2018. 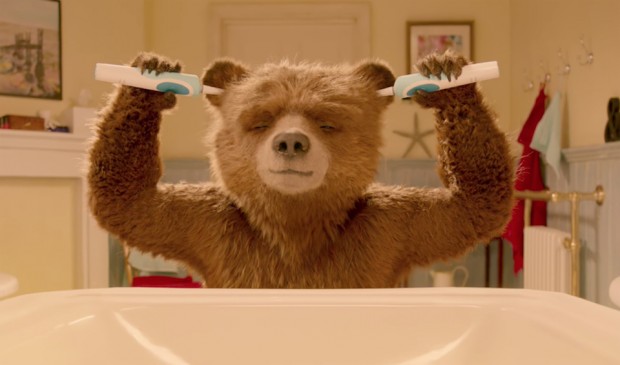