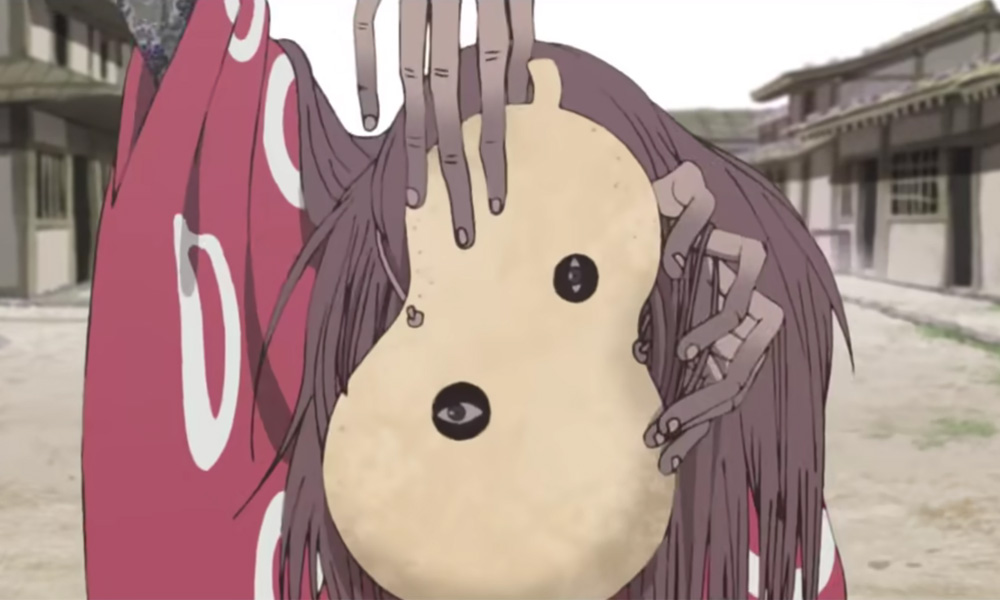 On its way to a world premiere in the 78th Venice International Film Festival’s “Orizzonti” (Horizons) section in September (a first for a 2D Japanese film) and North American premiere in the Toronto International Film Festival’s Special Presentations, the period rockstar adventure will open in Japanese theaters in early 2022. GKIDS has acquired U.S. rights.

Presented as a work in progress at the 2020 Annecy Film Festival, the musical tells the story of the friendship between the legendary 14th century Noh performer Inu-Oh, and the blind Biwa player Tomona. The film features character designs by manga artist Taiyo Matsumoto (Tekkonkinkreet), who previously collaborated with Yuasa on the anime adaptation of Matsumoto’s series Ping Pong the Animation.

“A performer named Inu-oh really existed 600 years ago; he shook the world but left nary a trace,” said Yuasa in a statement shared by GKIDS. “Author Hideo Furukawa, giving him a partner in Tomona, retold his story as one of two young men who defy fate to forge their own destinies. Yet it is also a story of life today – whether to align with fate and fashion to seize glory, or to forgo reward to live according to your beliefs. The two offer recompense to the defeated by telling their stories, and this film offers the same to them in kind, while also affirming those who go unrewarded for living according to their beliefs. Perhaps, like OOPArts, Inu-oh and Tomona’s music really did exist. There are many stories we don’t know, but through this film, you can bear witness to theirs.”

Inu-Oh is born with unique physical characteristics, and the horrified adults cover every inch of his body with garments, including a mask on his face. One day, he meets a boy named Tomona, a blind biwa player, and as Tomona plays a delicate song of tangled fate, Inu-Oh discovers an incredible ability to dance.

Inu-Oh and Tomona become business partners and inseparable friends, using their creative gifts to survive on the margins of society, as song after song gain them notoriety and propel them to stardom. Through the songs, Inu-Oh mesmerizes his audiences on stage, and gradually begins to transform into someone of unequaled beauty. But why is Tomona blind? Why was Inu-Oh born with unique characteristics? It is a story about the friendship of Inu-Oh and Tomona, who dance and sing to get to the truth and break each other’s curse.