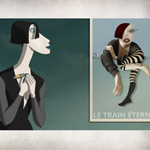 The first trailer for an intriguing new European project has just arrived, proving once again that animation has no restrictions on audience, style or genre. The 96-minute feature film is Milorad Krstić’s action-thriller Ruben Brandt, Collector — an English-language 2D piece which puts a surrealist spin on heist flicks — and will have its world premiere at Switzerland’s Locarno Film Festival (Aug. 1-11) as one of its open-air screenings in the Piazza Grande.

The story revolves around Ruben Brandt, a psychotherapist haunted by nightmares in which the subjects of famous paintings attack him. As four of his patients are expert thieves, he hatches a plot to steal each of the 13 works in the belief that he must “possess [his] problems to conquer them.” His crew’s spree of robberies at museums and private collections around the world make him a most-wanted criminal, known as “The Collector,” and sets law enforcement, unsavory bounty hunters, and art theft expert/private investigator Mike Kowalski on his tail when the reward for his capture hits $100 million.

Krstić is a Budapest-based filmmaker and artist; he made waves in the animation world with his 1995 short about the fine line between love, obsession and objectification My Baby Left Me, which won the “first film” award from the Annecy Animation Festival and the coveted Golden Bear for Best Short Film at Berlinale. Ruben Brandt, Collector is produced with the support of the Hungarian National Film Fund. 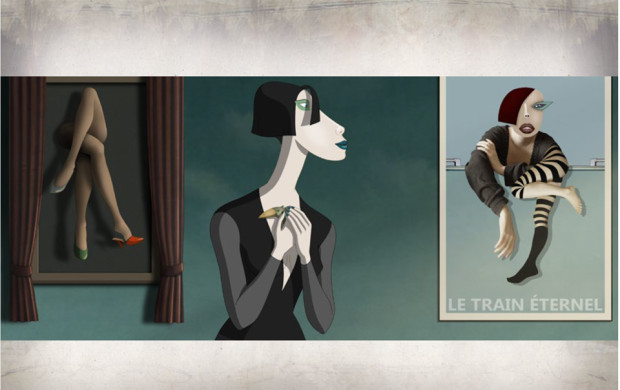