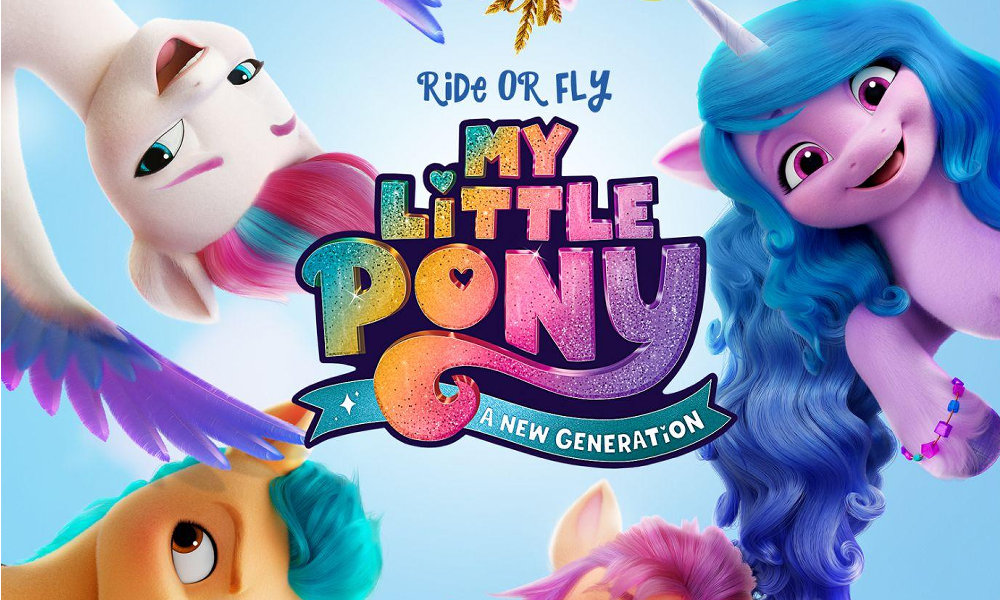 Netflix and eOne have launched the trailer for the next unbridled Equestria adventure My Little Pony: A New Generation, premiering on the streamer September 24. The spot hoofs fans through the marvelous pony worlds, introducing a new “mane” crew — Earth pony Sunny (voiced by Vanessa Hudgens), Pegasi Pipp (Sofia Carson) and Zipp (Liza Koshy), Izzy the Unicorn (Kimiko Glenn), who gives fresh meaning to the phrase “cool beans” in the preview.

In this 3D CGI feature, the unimaginable has happened … Equestria has lost its magic! Earth Ponies, Unicorns and Pegasi are no longer friends and now live separated by species. But idealistic Earth Pony Sunny is determined to find a way to bring enchantment and unity back to their world. Teaming up with open-hearted Unicorn Izzy, the pair travel to faraway lands where they encounter the likes of charismatic and brave Pegasi Pipp and Zipp and the ever-responsible fellow Earth Pony Hitch (James Marsden). Their mission is full of misadventures, but these new best friends each possess their own unique and special gifts that may be just what this ponyverse needs to restore magic and prove that even little ponies can make a big difference.

My Little Pony: A New Generation also features the voices of Ken Jeong as Sprout, Elizabeth Perkins as Phyllis, Jane Krakowski as Queen Haven, Phil LaMarr as Alphabittle and Michael McKean as Argyle.

The movie is directed by Robert Cullen, José L. Ucha and co-directed by Mark Fattibene. The screenplay by Tim Sullivan and Gillian Berrow is based on a story by Cullen, Ucha and Sullivan. Producers are Cecil Kramer and Peter Lewis.

My Little Pony: A New Generation premieres on Netflix on September 24. 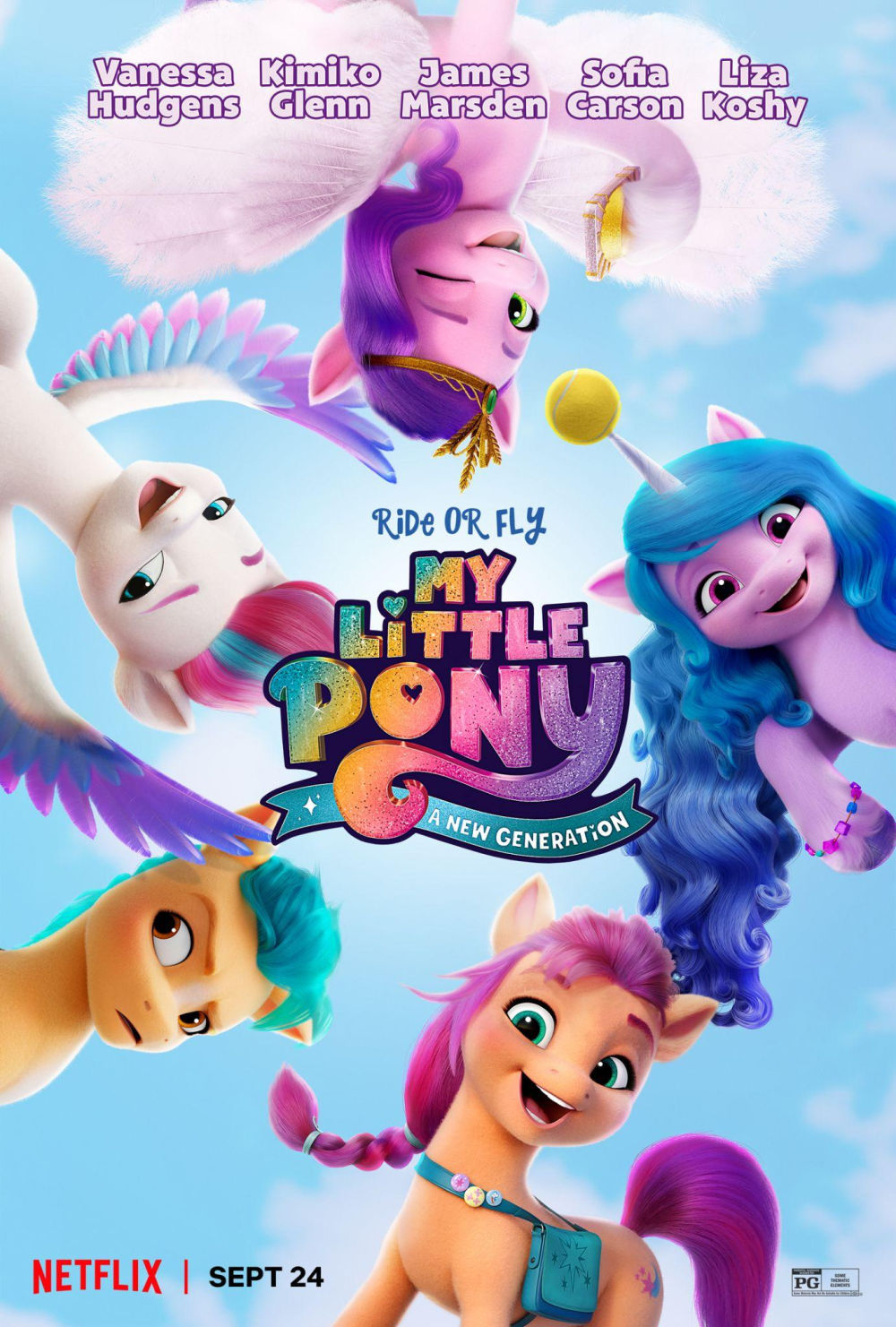