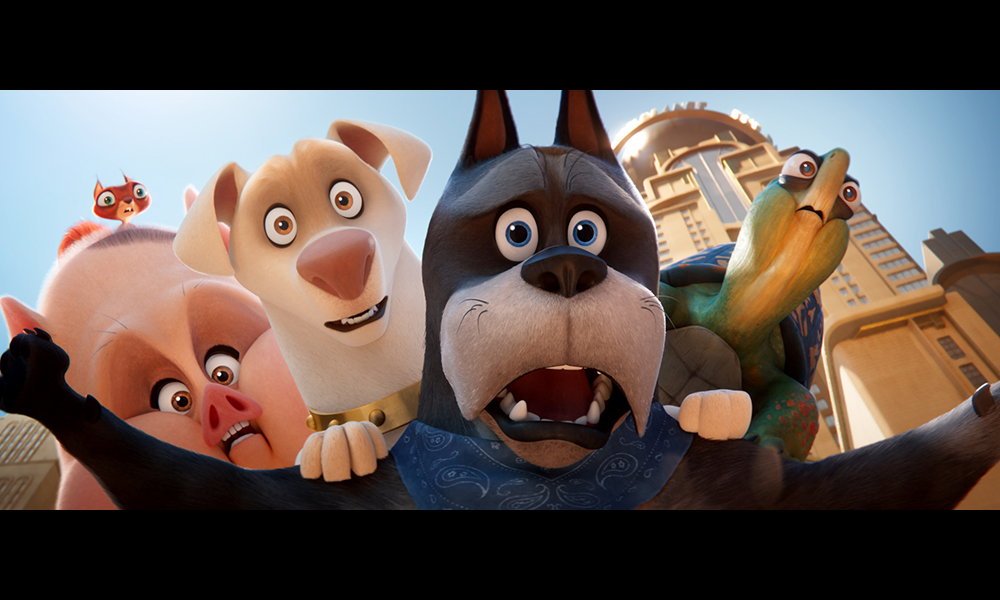 Warner Bros. Animation has dropped the first official trailer for furry feature outing DC League of Super-Pets, starring and produced by Dwayne Johnson (the voice of Krypto the Super-Dog), written & directed by Jared Stern (The LEGO Batman Movie). The spot introduces the surprising herd of super-powered pets who step up to save the day when the Justice League is put out of commission.

In DC League of Super-Pets, Krypto the Super-Dog and Superman (John Krasinski) are inseparable best friends, sharing the same superpowers and fighting crime in Metropolis side by side. When Superman and the rest of the Justice League are kidnapped, Krypto must convince a rag-tag shelter pack — Ace the hound (Kevin Hart), PB the potbellied pig (Vanessa Bayer), Merton the turtle (Natasha Lyonne) and Chip the squirrel (Diego Luna) — to master their own newfound powers and help him rescue the superheroes.

Previous descriptions of the flick referred to the pets by their respective Justice League superhero affiliations, but DC League of Super-Pets now appears to be a pre-pet-adoption origin story for these crime-fighting critters.

The film will be released by Warner Bros. Pictures in theaters internationally beginning 18 May 2022 and in North America on May 20, 2022.