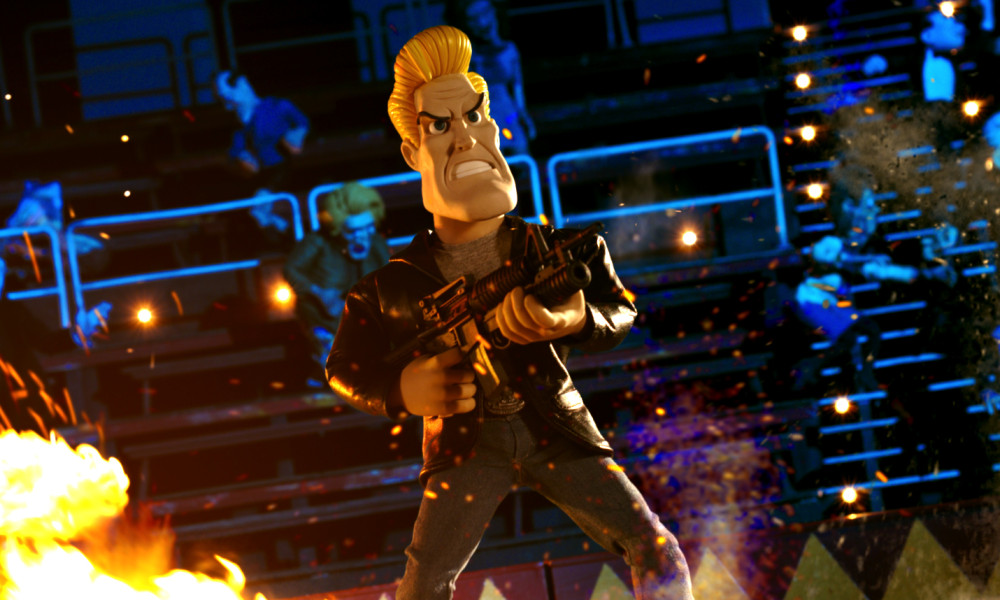 Animortal Studios announces that its British-made stop-motion animated feature Chuck Steel: Night of the Trampires will bring its outrageous, horror-tinged, action-comedy mayhem into U.K. cinemas on Friday October 29, just in time for Halloween.

It’s not 1985 anymore … it’s 1986, and Chuck Steel is ‘the best God damn cop on the force.’ But even this maverick, renegade, loose-cannon, lone wolf, cop on the edge, who doesn’t play by the rules, has his work cut out when he discovers an evil is about to descend on the city of Los Angeles: the scourge of the “trampires” – mutant hybrids of vampire and tramp!

From the fevered imagination of two-time BAFTA-winning writer/director, Mike Mort (Gogs), and featuring the voices of U.K. comedy legends Jennifer Saunders (Absolutely Fabulous) and Paul Whitehouse (The Fast Show) alongside Mort’s, this homage to ’80s B-movie excess has won over critics and took home the Gold Audience Award at the Fantasia fest for genre films.

Ever since Mort’s short film Raging Balls of Steel Justice exploded onto the scene back in 2013, Chuck Steel has been kicking ass, including multiple transmissions on Film4, wowing audiences at Frightfest, and building up a core fan base desperate to see more. Now, blasting exclusively onto the big screen in Chuck Steel: Night of the Trampires, his first full-length feature film, and a wholly British independent production made in Wales, Chuck is bigger, bolder and … ballsier! 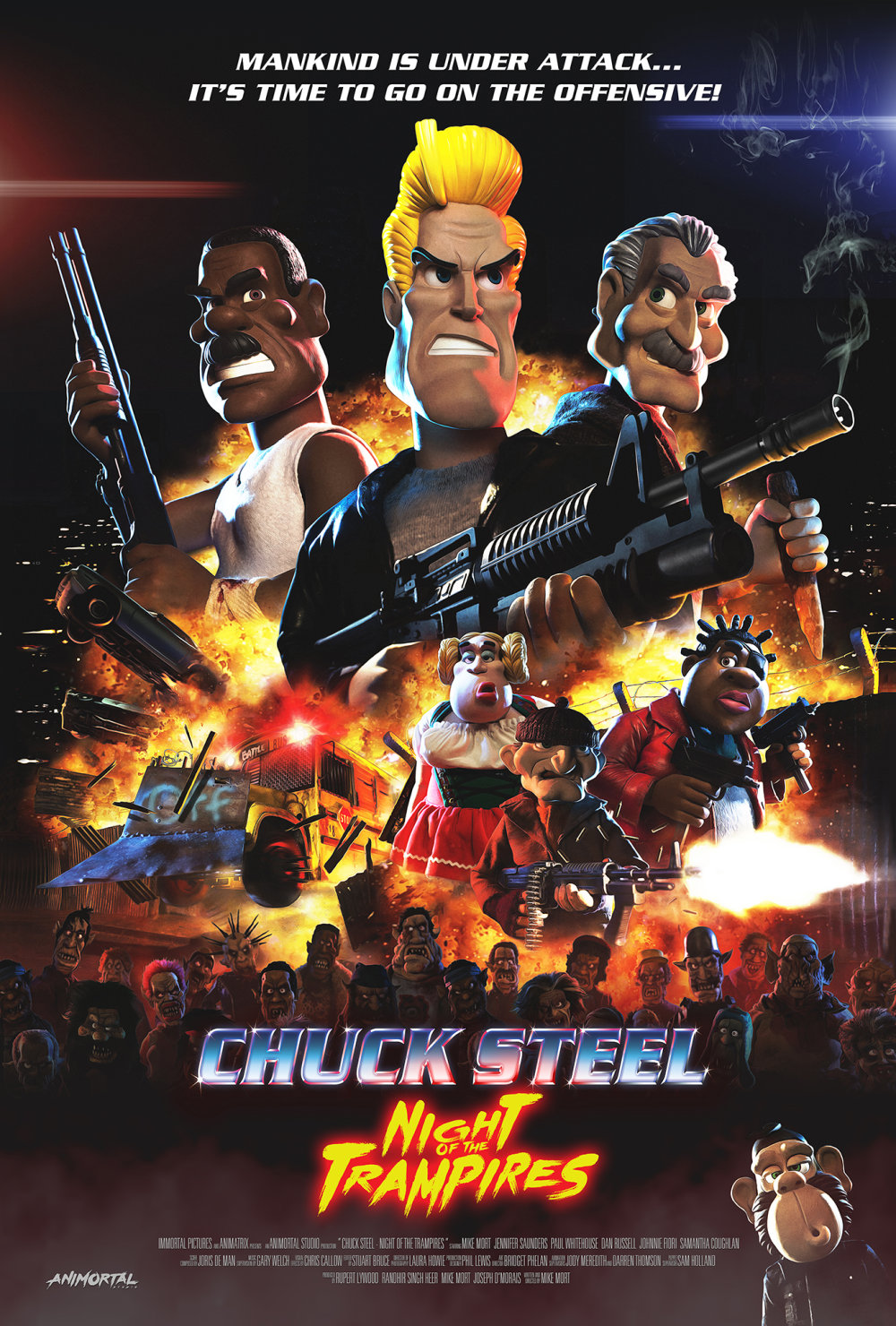