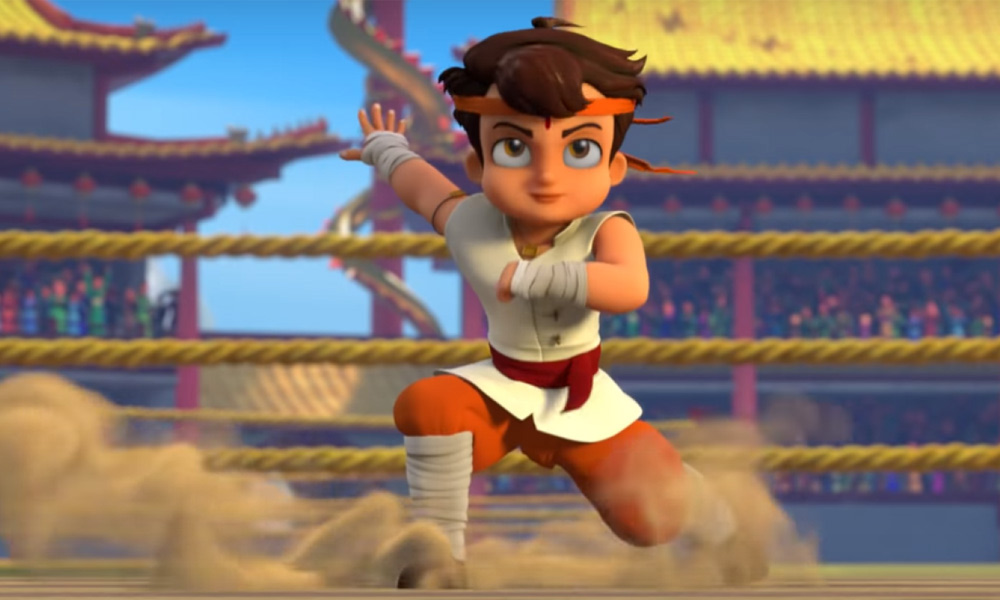 India’s most popular animation character Chhota Bheem is getting a powerful makeover in the new 3D CGI-animated movie Chhota Bheem: Kung Fu Dhamaka. Produced by Green Gold Animation, the martial arts adventure will kick off the widest-ever animation theatrical release in India on May 10, through Yash Raj Films. The film is directed by Rajiv Chilaka and Binayak Das.

“Chhota Bheem Kung Fu Dhamaka is an amalgamation of team effort and hard work over the last couple of years. We hope our audiences enjoy the film and we wish to make an impact about the quality of Indian Animation throughout the world,” said Chilaka, who is also Founder & CEO of Green Gold. “Green Gold Animation has left no stone unturned in creating this enthralling feature and we are proud to present our work to the world.”

Synopsis: The film is set in China, and this time Bheem and his friends set out on an adventure in the Land of the Dragon to participate in the biggest Kung Fu competition in the world. However, the capturing of the princess by China’s arch nemesis Zuhu hinders the competition, and Bheem is called upon to rescue the princess.