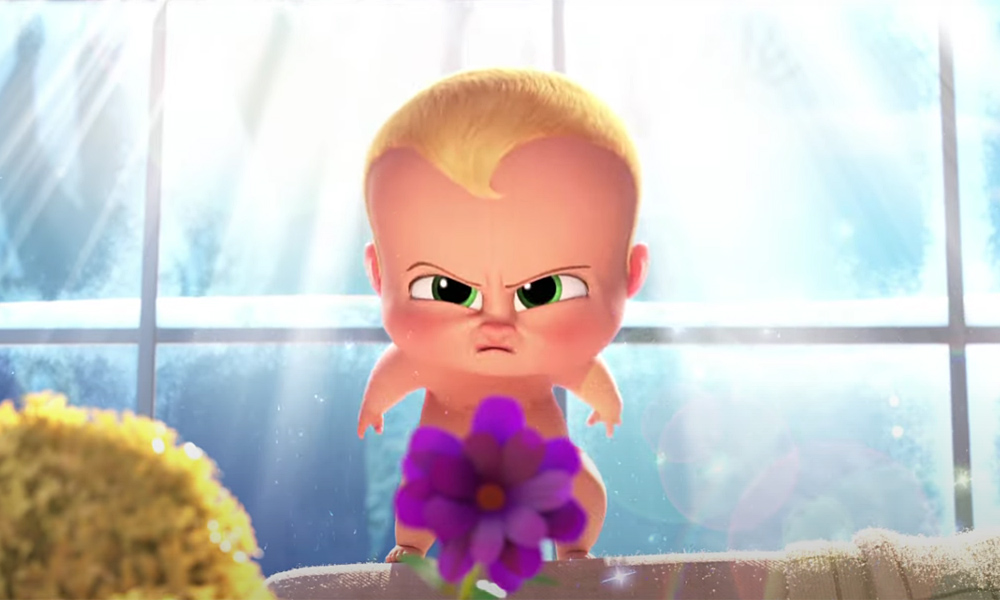 The perils of corporate daring-do are bigger than ever, and the champions who must face them are … just as small as before! See how Templeton brothers get back on the BabyCorp company ladder to synergize with other quirky tots and face explosive paradigm shifts in the new trailer for DreamWorks’ The Boss Baby: Family Business. The animated family comedy-adventure premieres in theaters and on Peacock streaming on July 2.

In the sequel to DreamWorks Animation’s Oscar-nominated blockbuster comedy, the Templeton brothers — Tim (voiced by James Marsden) and his Boss Baby little bro Ted (Alec Baldwin) — have become adults and drifted away from each other. Tim is now a married stay-at-home dad. Ted is a hedge fund CEO. But a new boss baby with a cutting-edge approach and a can-do attitude is about to bring them together again … and inspire a new family business.

Tim and his wife, Carol (Eva Longoria), the breadwinner of the family, live in the suburbs with their super-smart seven-year-old daughter Tabitha (Ariana Greenblatt), and adorable new infant Tina (Amy Sedaris). Tabitha, who’s at the top of her class at the prestigious Acorn Center for Advanced Childhood, idolizes her Uncle Ted and wants to become like him, but Tim, still in touch with his overactive youthful imagination, worries that she’s working too hard and is missing out on a normal childhood.

When baby Tina reveals that she’s — ta-da! — a top secret agent for BabyCorp on a mission to uncover the dark secrets behind Tabitha’s school and its mysterious founder, Dr. Edwin Armstrong (Jeff Goldblum), it will reunite the Templeton brothers in unexpected ways, lead them to re-evaluate the meaning of family and discover what truly matters.

Lisa Kudrow and Jimmy Kimmel also reprise their roles as Ted and Tim’s parents. Building on the success of the first film, which earned more than $500 million worldwide, The Boss Baby: Family Business is directed by returning filmmaker Tom McGrath and is produced by Jeff Hermann (Kung Fu Panda 3). 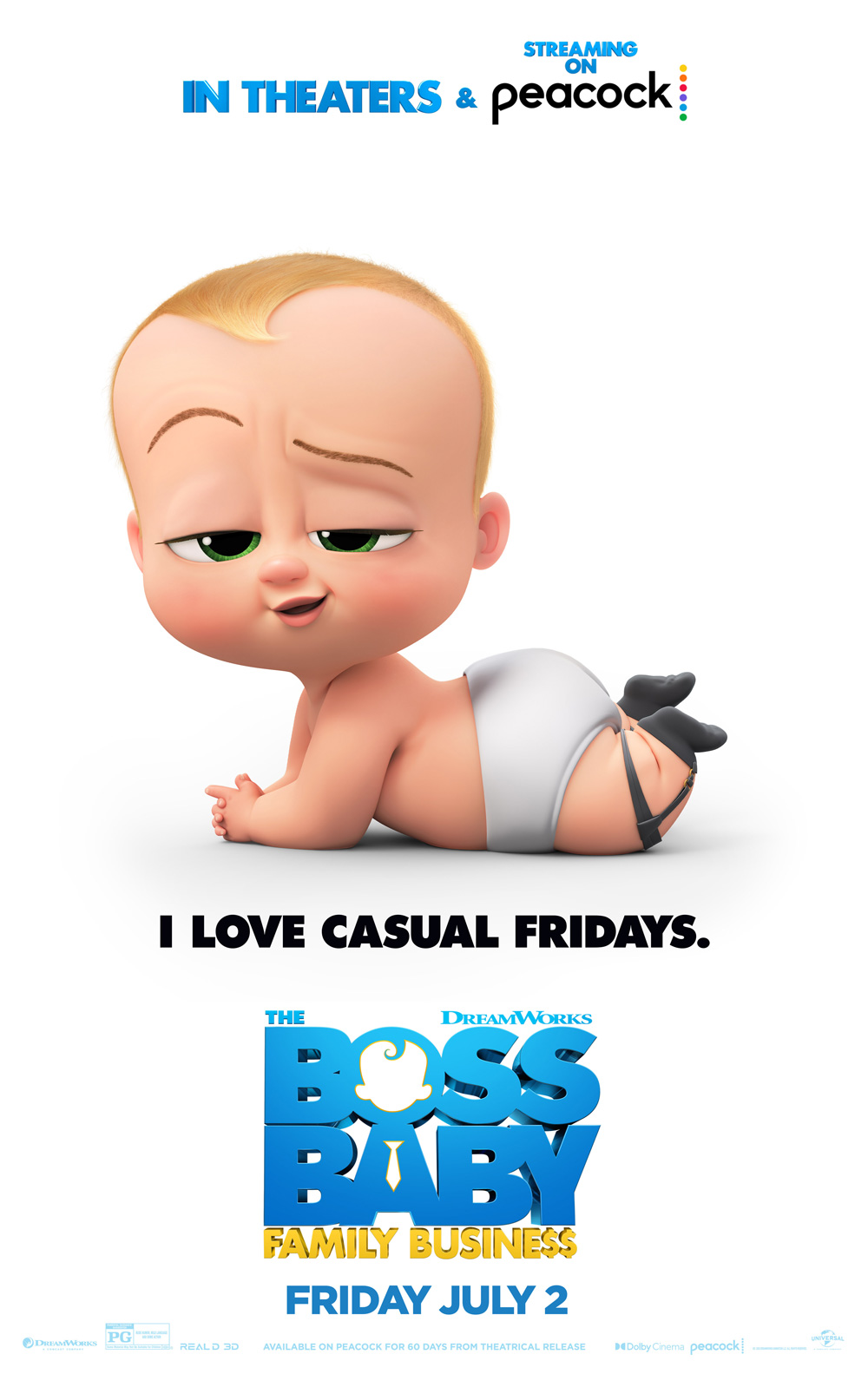