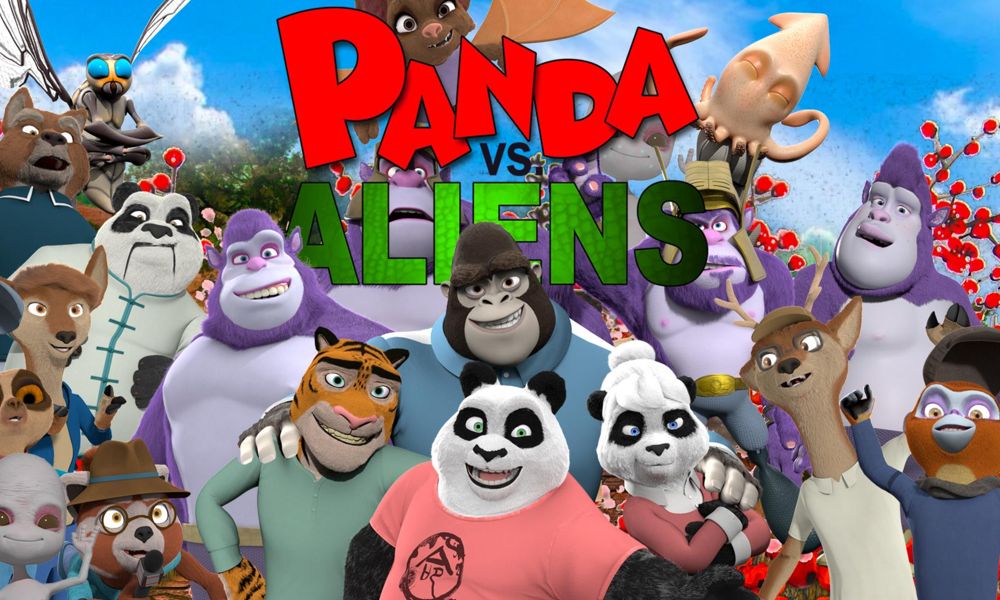 Synopsis: When an alien race believes that Pandy’s action-adventure TV series is “real news” broadcasting through the galaxy, they come to planet Nuwa seeking the powerful medallion Pandy’s character uses in his TV show. Luckily, our hero’s castmates come together to beat the interstellar menace King Karoth which brings the cast together in this challenging time. The family-friendly flick is packed with heroes, villains, super powers, spaceships, friendship and laughter.

‘Gloomy the Naughty Grizzly’ Takes a Bite Out of Tokyo MX April 12
Clip: ‘Earth to Ned’ Takes a Crack at Terrestrial Humor