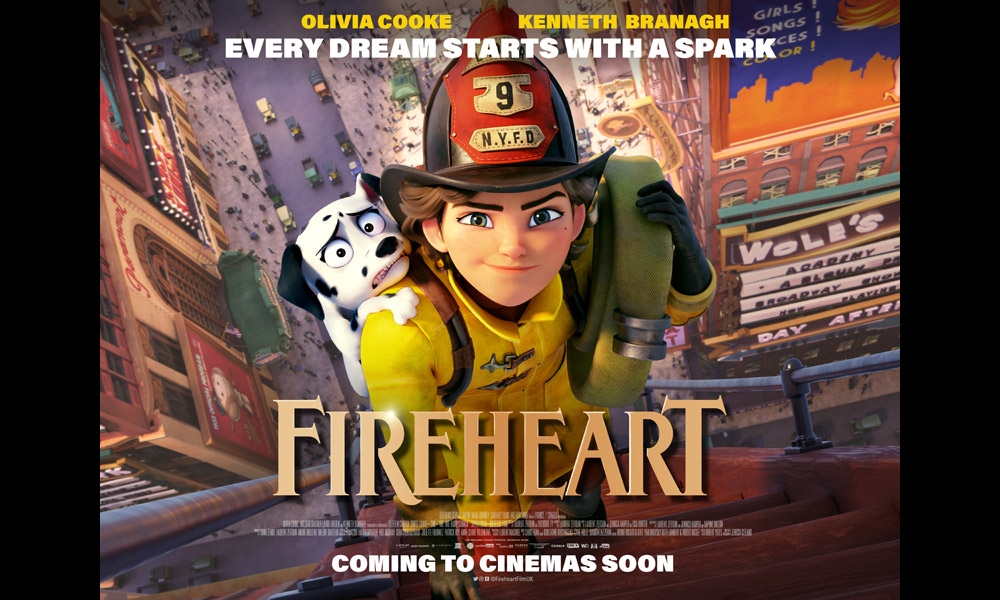 Entertainment One (eOne) today shared the first trailer and poster for family animated feature Fireheart, coming to cinemas early next year. The CG-animated movie centers on a girl who finds a way to follow her dream of becoming a firefighter and crack a mysterious case of serial arson across jazz age Broadway. The second feature film produced by Montreal’s L’Atelier Animation (Leap!), Fireheart is directed by Laurent Zeitoun & Théodore Ty.

Ever since she was a child, Georgia Nolan has had only one dream: to become a fireman, just like her father. Unfortunately, in New York City in 1930, women are not allowed to be firefighters. But, when the city’s firemen begin to disappear in a series of mysterious fires at Broadway theaters, Georgia sees a golden opportunity. She disguises herself as “Joe,” an awkward young man, and joins the team of improvised firemen in charge of stopping the arsonist. Georgia must preserve her false identity at all costs, especially since her father is in charge of this high-risk investigation.

Fireheart will be released in cinemas February 11, 2022.