Pixar’s Oscar-winning 2010 Feature Toy Story 3 tops Virgin Airline’s list of films that require “emotional health warnings” during in-flight screenings. Since last Wednesday, the airline started advising sensitive passengers to press the call button a shoulder to cry on during films such as Toy Story 3, Water for Elephants and The Blind Side.

The program was the result of a U.K.-based survey in which 55 percent of respondents agreed that their emotions became heightened on flights. Forty-one percent of the men surveyed said they hid under blankets to hide their tears while watching sad scenes such as Woody and Buzz’s farewell to Andy sequence.

“On a flight, we’re isolated, leaving loved ones or aching to be reunited with them,’ says Virgin’s film critic Jason Solomons. “We’re nervous, we’re tired, we might have had a drink at a time we usually wouldn’t. If we see an image, a scene that reflects our emotional state, frankly we’re suckers. Flying and films is a heady cocktail, the images and feelings so close to your eyeballs, so intimate.” 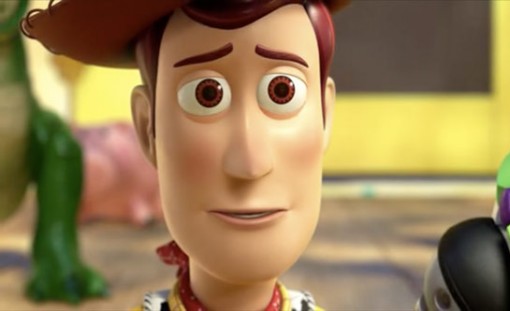 Virgin Airlines asked audiences to weigh in on the movies that made them cry in flight through its Facebook Page. Here is the list of the tear-inducing films: