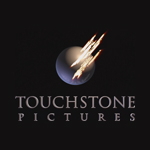 Lucasfilm has announced that Touchstone Pictures will be releasing its new CG-animated feature Strange Magic to theaters January 23, 2015. The musical fantasy adventure is inspired by Shakespeare’s Midsummer Night’s Dream and features popular songs of the past six decades accompanying goblins, fairies and other magical creatures as they are caught up in a battle over a powerful potion.

The film is produced by Lucasfilm Animation Singapore and Industrial Light & Magic, which delivered the Oscar-winning Rango. Lucas is EP, with Mark S. Miller as producer. The screenplay is written by Rydstrom, David Berenbaum (Elf) and Irene Mecchi (Brave, The Lion King). Moulin Rouge‘s Marius de Vries is on board as musical director and composer.