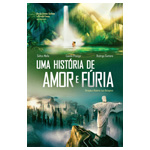 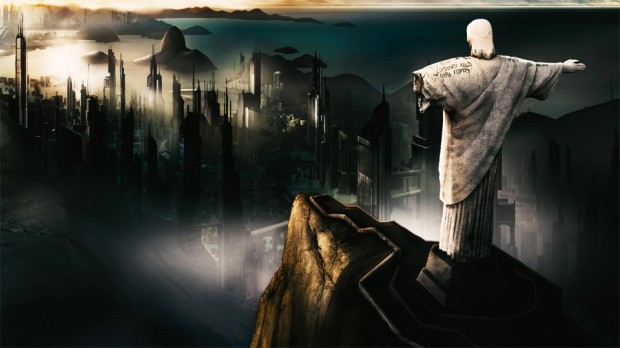 Rio 2096, Brazil’s entry in the Best Animated Feature Oscar race, explores the country’s history and the transcendence of love through animation.

Singing animals and magical princesses need not apply: this year, Academy members will get to consider the charms of a unique animated tale, thanks to Brazilian co-producers Buriti Films and Gullane. The directorial debut of acclaimed screenwriter Luiz Bolognesi (The Best Things in the World, Birdwatchers), Rio 2096: A Story of Love and Fury is a powerful, 2D animated film which delves into difficult themes while delighting in the freedom of fantasy allowed by the medium.

The film, also written by Bolognesi, is centered on the love between Janaina and a native Indian warrior who, upon dying, takes the form of a bird. Over the next six centuries, their story persists, passing through four phases of Brazil’s history: 16th century colonization, 19th century slavery, the height of the military regime in the 1970s and the year 2096, when a war over water resources rages in Rio de Janiero. Throughout time, the lovers struggle against oppression.

“I love graphic novels and animation,” Bolognesi says through an e-mail interview. “It was a dream to me to write for an animation film because we have no limits. I studied anthropology in University and I love American mythology.” The freshman director’s first foray into feature animation has been a breath of fresh air on the festival circuit, earning best film honors at the Annecy, BraPeq Brazil and Le Nuit de Magiques events, among others.

“I tell the story I think is necessary to be told. In this case, we talk about the holocaust of American civilization that began in the 16th century and isn’t over yet. And it is also [the United States] story, not only South America’s. If there are people who prefer not to mention it, I am not one of them.” — Writer/director Luiz Bolognesi

Part of what has made such an impact on audiences, critics and awards juries is the novelty of an animated film delving into such difficult subject matter. While audiences, especially in the States, may expect the genre to offer up family fare exclusively, Bolognesi sees the medium as a useful vehicle for bold storytelling. “I tell the story I think is necessary to be told,” the director explains. “In this case, we talk about the holocaust of American civilization that began in the 16th century and isn’t over yet. And it is also [the United States] story, not only South America’s. If there are people who prefer not to mention it, I am not one of them.”

This point of view is also reflected in one of the films that impressed on the young Bolognesi—Disney’s Bambi. “It is the most violent film I have ever seen,” he notes. “I didn’t know that my parents would die before watching the film, nor that human beings could be so cruel.” He says other important toons for him were Tekonkinkreet, Ghost in the Shell and Toy Story.

Rio 2096 blends bold yet traditional character design with digitally enhanced backgrounds to bring the various worlds and times to life. Bolognesi began working on his animated opus back in 2001, drawing influence from graphic novel artists like Moebius, Enki Bilal, Milo Manara and Frank Miller. The initial animation was produced at Lightstar Studio in Santos, a port city southeast of the massive metropolis of Sao Paulo, where Buriti completed the film.

Bolognesi and the animation team decided early on to create the film in hand-drawn, pencil on paper animation. Later, computer graphics were used for composition and to add the finishing touches to backgrounds. The director says he loves the finished look of hand-drawn animation, which he says is not only beautiful but also offers the animators a different level of creative freedom and the chance to make their personal artistic input show in the final result.

The film industry veteran–who says he admires Hayao Miyazaki’s films, French animation’s artistry and Pixar’s storytelling skills–is also enthusiastic about the broader state of the animated feature landscape and Brazil and throughout South America, which has seen an increase in opportunities (last year, Spanish-Argentine co-production Foosball became the most expensive animated film ever produced on the continent). Bolognesi believes the state of the industry there is excellent, with a wealth of up-and-coming talent eager to tackle new kinds of projects and a growing market for Brazilian cinema.

As for the wider world of theater-touring toons of the past year or so, Bolognesi reinforces his love of French productions by naming Zarafa and My Mommy Is in America and She Met Buffalo Bill as his top picks, while admitting an admiration for DreamWorks’ inventive CG caveman adventure The Croods. “[2013] was a great year, but not typical,” he notes.

While Rio 2096 continues to carry its message of history’s crimes and the struggles of the human spirit across the globe, Bolognesi says he is already working on a new animation endeavor. The project, called Travellers, will center on the experience of childhood in the big city and how children must rely on their imaginations to relieve the bleakness of their surroundings and empty free time.

Despite the continuance of using heavy subjects in his hand-crafted stories, Bolognesi’s tip to other aspiring animation auteurs is far from bleak. “Believe in the impossible more than the possible,” he advises. We hope this message inspires more challenges to the standard toon storytelling trope in 2014 and beyond.

You can screen the movie here:

Rio 2096: A Story of Love and Fury is one of 19 films vying for a Best Animated Feature Oscar nomination. Nominees will be announced Jan. 16. Visit https://streamingmoviesright.com/br/filme/uma-historia-de-amor-e-furia/ for more info.