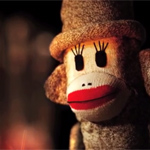 Tony Millionaire, the indie comicker behind Maakies, and animator Matt Danner (The Looney Tunes Show, Xiaolin Showdown) have joined forces to develop the iconic Sock Monkey toy into a theatrical feature, according to Deadline. Taking the story from their latest addition to the Eisner-winning Uncle Gabby books Sock Monkey: Into the Deep Woods (Fantagraphics, out Nov. 16), Danner has written a script and produced a hybrid CG/live-action sneak peek.

The concept was actually originally conceived for the film, with Millionaire’s kids’ book style treatment catching Fantagraphics’ eye for publication first. The story follows Uncle Gabby and toy friends on an epic adventure to save their human, Ann-Louise, from a cruel monster. Danner and a small crew shot the teaser in a day, using five “digi-nette” puppets on a practical set which were then blended with CG and live-action footage.

Danner told Deadline that the concept will be a more intense, but still family-friendly, adventure along the lines of Coraline or the later Harry Potter films, saying: “It’s for families, but it has real danger and gravity.” 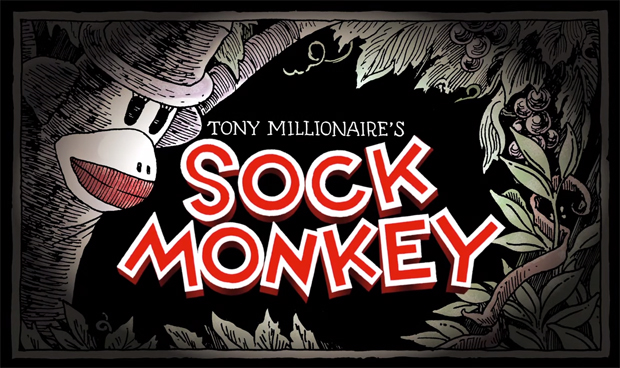