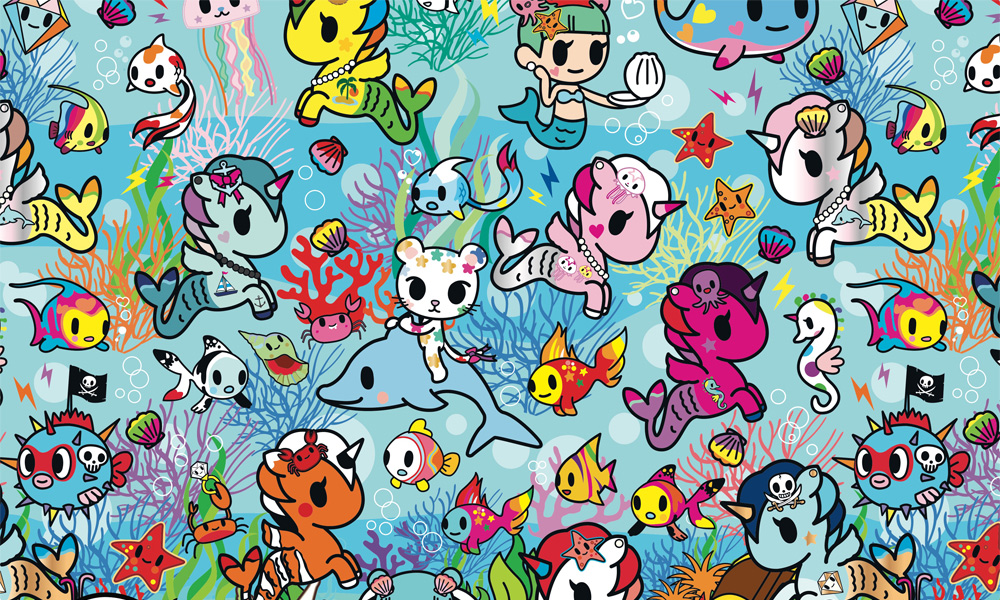 Atomic Cartoons, the kids’ division of Thunderbird Entertainment Group Inc., is partnering with pop-culture brand tokidoki (“sometimes” in Japanese) to develop an original animated series based on its Mermicorno character family. The series will be produced in collaboration with tokidoki’s visionary co-founder and Chief Creative Officer, Simone Legno, and co-founder and Chief Executive Officer, Pooneh Mohajer.

Legno and Mohajer will serve as executive producers of the animated series, along with Thunderbird’s CEO Jennifer Twiner McCarron and Matthew Berkowitz, Vice President of Originals for Atomic Cartoons. Legno created the series, which Shea Fontana (DC Super Hero Girls, Polly Pocket) is writing and developing. Fontana is also set to executive produce and serve as showrunner for the comedy-adventure series.

“As an artist and a designer, it is a dream come true that I am working with the creative and passionate Atomic team,” said Legno.

“We have always known the tokidoki universe was destined to come to life via animation and are particularly proud that our first foray is developing the Mermicornos series in partnership with this exceptionally talented team,” added Mohajer.

Based on an original concept by Legno, the comedy-adventure series will follow a team of Mermicornos as they set out to stop an evil force determined to take over their world. Much like tokidoki itself, the animated series will be centered on exploration, discovery and self-belief. It will be up to these fearless Mermicornos to overcome the odds — and their differences — to bring peace to all of the sea.

The new partnership with Atomic Cartoons follows other collaborations between tokidoki and global brands such as Marvel, Hello Kitty, and Street Fighter. The Japanese pop art-inspired brand’s inception tracks back to 2001, when Legno first set up his online portfolio at tokidoki.it. In 2003, Mohajer was introduced to Legno’s designs, and together they built a global sensation.

“tokidoki has a history of creating their own incredibly unique and successful brands like Mermicornos, as well as establishing significant partnerships with some of the world’s most recognizable names across multiple industries, including Blizzard Entertainment’s Overwatch, MLB, and LeSportsac,” said Berkowitz. “We could not be more thrilled to partner with tokidoki and are honoured that they have trusted us to bring their illustrious Mermicornos to life as an animated series.”