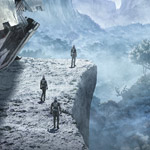 With the highly anticipated Godzilla: Planet of the Monsters — the classic kaiju’s first animated feature — released in Japan Friday, producer-distributor Toho has announced production of a follow-up film. Planet of the Monsters, part one of a planned trilogy, will be coming to Netflix worldwide soon.

The movie is set after Godzilla and other terrifying beasts have taken over Earth at the end of the 20th century, and humans have fled into the safety of space. One young man, Haruo, leads a group determined to return from exile. When their ship arrives, however, they find an even more hostile planet, as 20,000 years have passed under the reign of the monsters.

Part two has been slated for a May 2018 release, with the Japanese title announced as Godzilla Kessen Kido Zoshoku Toshi — “Godzilla: Battle Mobile Breeding City,” which raises some curious mental images. Pure speculation: Could this be some kind of city-ship used by the returning humans to repopulate in the face of giant monster threats? Or are the humans breeding kaiju to better understand the enemy?

Planet of Monsters is directed by Kobun Shizuno (Detective Conan franchise, Knights of Sidonia) and Hiroyuki Seshita (Blame!, Knights of Sidonia). The Japanese-language voice cast is led singer/actor Mamoru Miyano (“Light” in Death Note) as Haruo. The animation is produced by Polygon Pictures in a toon-shaded CG style similar to its work on horror series Ajin, also available on Netflix. 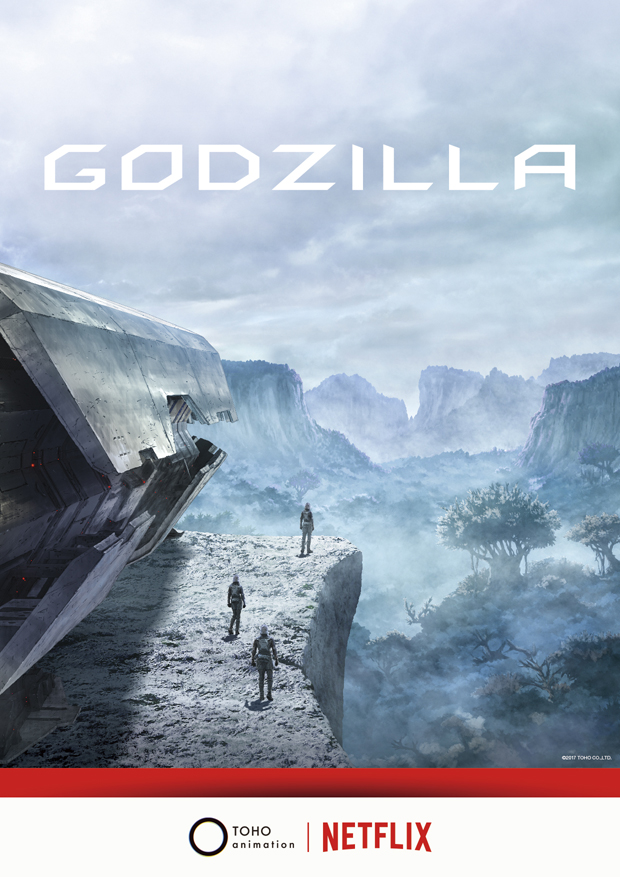