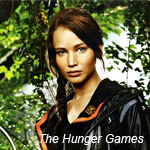 Perseus and Snow White were no match for Katniss Everdeen, as The Hunger Games held on to the top spot against the VFX-heavy sequel Wrath of the Titans and Tarsem’s Mirror Mirror.

Lionsgate’s Hunger Games earned $61 million in its second weekend at the domestic box office, pushing its total to just past the quarter-billion dollar mark. The movie, based on the Suzanne Collins novel, has so far pulled in $113 million overseas for a $364 million worldwide total.

Warner Bros.’ Titans, meanwhile, debuted with $34 million, a drop from the $61 million opening of 2010’s Clash of the Titans. The film did much better abroad, taking in $78 million overseas for a $112 million worldwide opening. Mirror Mirror, from Relativity, came in third with a $19 million debut, adding $11 million in overseas ticket sales.

Journey 2: The Mysterious Island came in 10th for the weekend with $835,000 in ticket sales. It’s on the verge of the century mark domestically with $98 million. Its overseas total of $214 million brings the Warner Bros. release to $312 million overall. Fox’s Alvin and the Chipmunks: Chipwrecked added $220,000 to its total, which now stands at $132 million domestic and $205 million foreign for $337 million overall.

And Studio Ghibli’s The Secret World of Arrietty made $93,000 in its seventh weekend of release for an $18 million domestic run. The film has made $126 million overseas for a $144 million total.

You may also like...
Related Topics:Alvin and the Chipmunks: Chipwrecked, Box Office, Clash of the Titans, Disney, Illumination, John Carter, Journey 2: The Mysterious Island, Lionsgate, Mirror Mirror, Studio Ghibli, The Hunger Games, The Lorax, The Secret World of Arrietty, Universal, Warner Bros., Wrath of the Titans