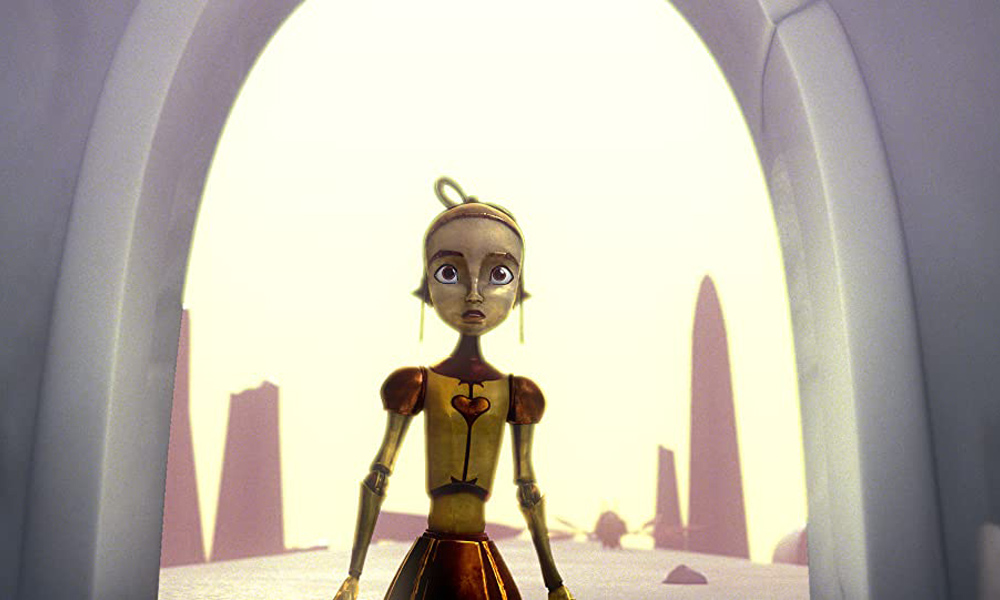 Just ahead of the film’s release, the team at Arcana Studio (Howard Lovecraft trilogy Pixies, Panda vs. Aliens) has revealed some of the wheels and pinions behind The Clockwork Girl — their new CGI-animated indie feature based on an in-house graphic novel. The steampunk fantasy adventure is coming to screens across the U.S. through Vertical Entertainment starting Tuesday, June 8.

The Clockwork Girl graphic novel quickly grew beyond the scope of the page after its debut. Much of the design work for a planned movie was already completed, but translating it to a 3D environment was not an easy task. When it comes to adapting graphic novels into animated feature films, most viewer’s first interaction with the stories and characters is through the adaptation — so, it’s up to the animators’ artistic skill and command of facial expression and body language to create an emotional on-screen experience that draws viewers into the story’s world.

As the Arcana team reveals, It took many revisions before getting the final look of the world and characters of The Clockwork Girl to reflect the magic of the graphic novel.

“Seeing Clockwork Girl take her first steps has been an incredible journey. I’m very excited for this story to finally be released as it was the movie that started our animation studio,” said O’Reilly, CEO of Arcana Studios.

The Arcana crew believe that, especially with the recent state of the world, everyone needs to daydream, lean into the whimsical and dive into a hopeful story — such as the one brought to animated life in The Clockwork Girl. Set in a CGI steampunk world, the movie tells the coming-of-age story of Tesla (PenaVega), a robot girl, and Huxley (McCartney), a monster boy, who experience life and love for the first time while embarking on a journey to save their world from destruction.

Arcana launched as a publisher in 2003. In 2012, an animation division opened to develop and produce content for all platforms. Today, the studio’s library of wholly-owned IP contains well over 5,000 characters that transcend gender, age, cultural and geographic boundaries. Arcana has produced over 50 hours of content it owns, as well as co-developed and co-produced projects with China, Ireland, Mexico, Spain, South Africa, New Zealand, Argentina and Germany. Upcoming projects include feature film Heroes of the Golden Mask and series Go Fish.