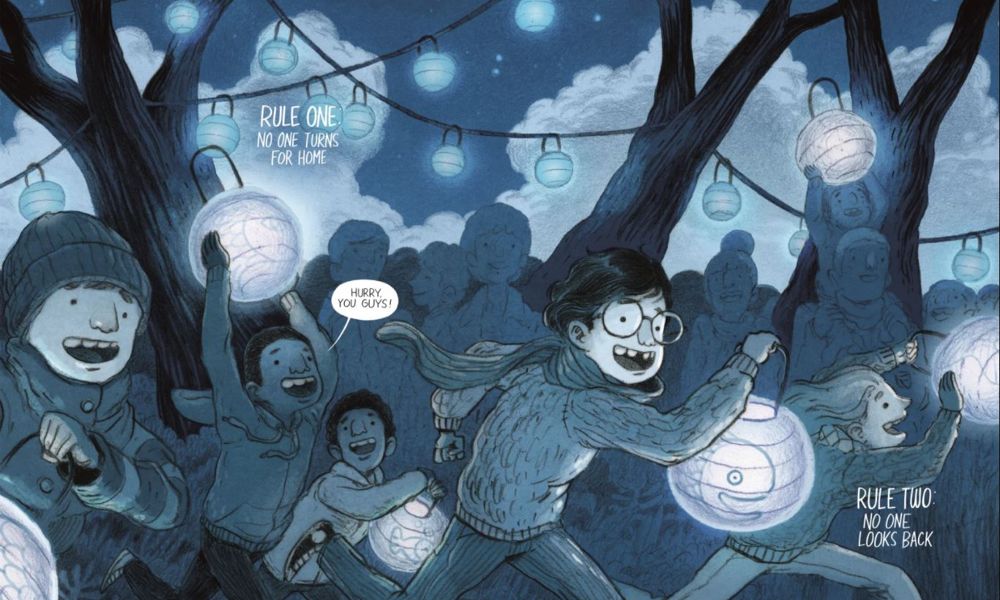 This Was Our Pact

Duncan Studio (Mary Poppins Returns, Next Gen), Peter Dinklage’s Estuary Films and Corus Entertainment’s Nelvana are teaming up to produce the animated feature This Was Our Pact, based on the bestselling and award-winning graphic novel by author Ryan Andrews. Will Collins, writer of the Golden Globes-nominated Wolfwalkers for Apple TV+ and the Academy Award nominated Song of the Sea, will adapt the story to screen.

This Was Our Pact is a magical family adventure: It’s the night of the annual Autumn Equinox Festival, when the town gathers to float paper lanterns down the river. Legend has it that after drifting out of sight, the lanterns soar off to the Milky Way and turn into brilliant stars. But this year, Ben and his classmates are determined to find out where those lanterns really go, finding themselves on an extraordinary journey filled with wondrous new sights and strange characters with only two rules; no one looks back and no one turns for home.

“This Was Our Pact is a fantastic tale full of twists and turns, but at its heart is the relationships between the characters, and their developed friendship. We’re excited to capture the unique qualities of the book, in the visual style as well as storytelling – it is utterly captivating and enchanting,” said Duncan. “With Will Collins coming on as our writer, we know this will be a film that will thrill the many fans of the graphic novel and help Ryan Andrews’ wonderful work discover new audiences.”

“I’m delighted to be a part of the team tasked with adapting This Was Our Pact into an animated feature,” commented Collins, whose Wolfwalkers has just been honored with a Golden Globe nomination for Best Motion Picture – Animated. “Ryan Andrews created a gem of a coming-of-age story which takes the reader on a journey through a unique, mysterious and beautiful place. From the outset I knew these boys, I knew the joy and pain of their friendship, and I willed that friendship to triumph with every turn of the page. It’s a pleasure to be collaborating with Ken Duncan and the talented teams at Duncan Studio, Estuary Films and Nelvana Studios to bring this story to life.”