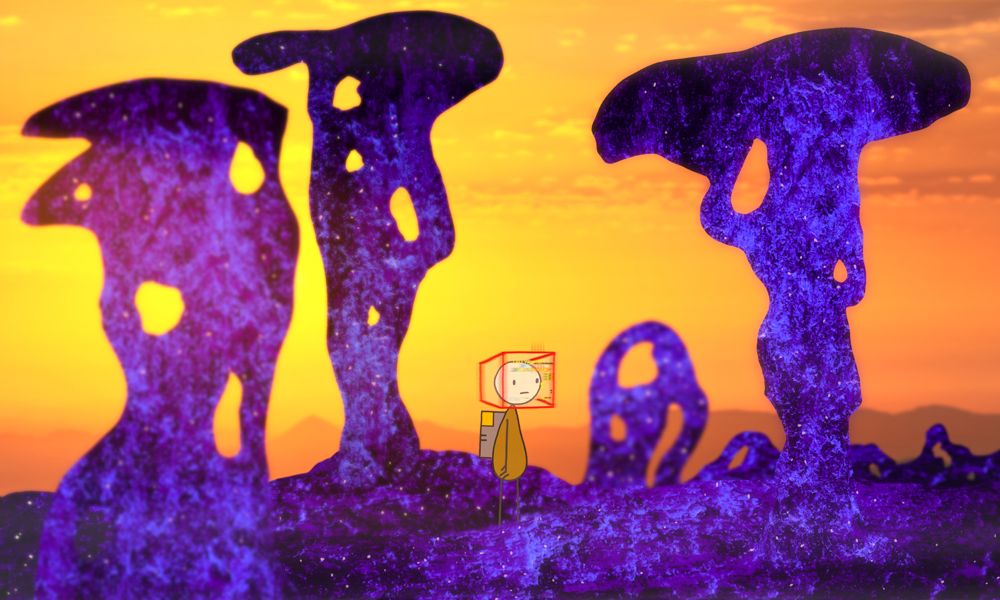 ***This interview originally appeared in the March ’21 issue of Animation Magazine (No. 308)***

The name Don Hertzfeldt brings to mind some of the most clever and original indie shorts of the past two decades. Ever since the California native burst on the scene with his student shorts Lily and Jim (1997) and Billy’s Balloon (1998), he has continued to move forward with each hilarious, brilliant and profoundly moving work. The Oscar-nominated 2000 short Rejected (2000), the Sundance fave The Meaning of Life (2005), his acclaimed Bill trilogy (Everything Will Be OK, I’m So Proud of You and It’s Such a Beautiful Day) and the Oscar-nominated and Annie-winning World of Tomorrow (2015) often pop up on ‘Best of’ lists. Last year, Hertzfeldt introduced the third part of his sci-fi epic, The Absent Destinations of David Prime, on Vimeo. Hertzfeldt was kind enough to answer a few of our questions recently:

Congrats on the recent success of the third part of World of Tomorrow. Can you tell us a little bit about your process on this latest chapter?

Don Hertzfeldt: “Episode Three” took about two years to make. It was produced at home in Austin like the other ones, so dates and budgets get sort of loose and untracked over here. Other than my cast, Julia and Jack, the only other person involved with the production this time was my girlfriend Taylor, who lent a hand in lighting and compositing the more complicated visual effects shots. Everything else, from writing to editing to sound to design to animation to direction, it’s all just me. And let’s be honest, maybe that’s getting a little ridiculous.

I find I’m starting to get really jealous of people who work in live action and are able to churn out multiple projects in a year and still have time to sit on a beach. I’ve been having conversations with a bunch of streaming places in the hope of finding a more permanent home, with actual budgets for getting more help in the room here. I’m perfectly capable of continuing to work this way if I have to, the money is fine, it’s just the time, the time, the time. I’m still hand-coloring every frame by hand with the paint bucket tool and thinking, “Maybe I’m a little overqualified for this!” 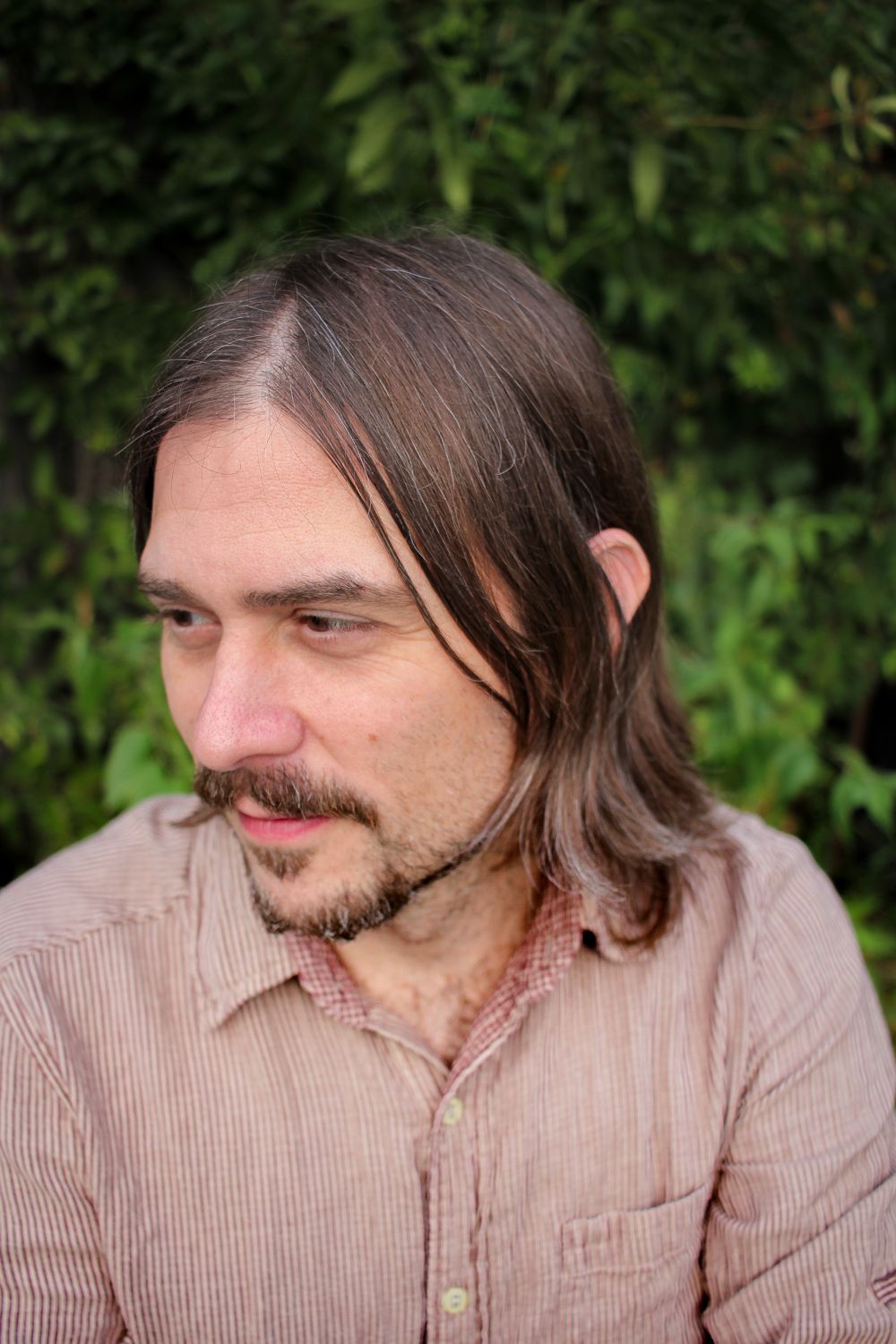 What were some of the more difficult aspects of diving back into this complicated futuristic universe?

The movie takes place before, during, and after the events of the first two episodes — spanning hundreds of years — so the script was super tricky to get right. It’s a weird animal, operating as both a prequel and a sequel, which was a fun thing to try and figure out, but daunting. My notes were full of mad diagrams and exclamation points and arrows. And I was very conscious of the fact that when you go back and start messing with past storylines, especially with something as beloved as the first World of Tomorrow, if you screw it all up, not only do you make a bad movie but you wreck those previous episodes for everyone, too. So, I was constantly refining the details of these timelines in order to not leave open any big dumb plot holes, or make anything feel like an emotional cheat.

The intertwining plots of Episode Three turn into this big farce, which is part of the fun, and I certainly didn’t expect everyone to understand every nuance of all the time travel by the end of it. It’s OK to be confused, these movies go way over the top — my job was making sure people don’t give up or check out along the way. The hope is that even if you’re a bit lost, you’re still right there with me emotionally at the end. But, as a fan of science fiction, if anyone does care to work out the logic puzzles on a napkin, it all still needs to add up.

Which aspects of the new work were you most happy about?

After the setup of the first two episodes, it felt great to finally break this universe open and get out there and explore. The first two episodes were very introspective and conversation-based and I love them, but I wanted to go in the complete opposite direction this time and shut down any idea that might start to feel like a formula. So the characters in Episode Three actively drive their own narrative across space and time, and nobody speaks at all in like the final third of the movie. If the series was going to carry on and stay interesting, it really needed to stretch. Episode Three felt like the first really big stretch.

Many people in the animation community idolize you for how you held on to your original visions and didn’t go the commercial studio route like many of your contemporaries did. Was this all part of the plan?

It’s funny, the only thing I’ve done my best to avoid all these years is advertising work. I think the big animation studios make wonderful things: They’ve just never wanted to work with me​. I guess after so many years, people just figured that it was a stubborn decision of mine to avoid the studios, too, and stay independent. But since the beginning, none of my movies would have ever been made if they needed to be pitched. It was always easier to just roll up my sleeves and do it myself than wait around for permission, a bigger budget or a bigger crew. That’s probably true of most independent film in general.

I always think of music metaphors when it comes to this sort of thing: The big animation studios are like symphony orchestras, full of these incredibly talented individual musicians who are contributing to a big beautiful thing. And the independent animators are like rock bands, who maybe only know a handful of chords — but at least we’re writing our own songs. I have a lot of respect for those symphony orchestras and I can also understand why I’ve never been asked to play Carnegie Hall. 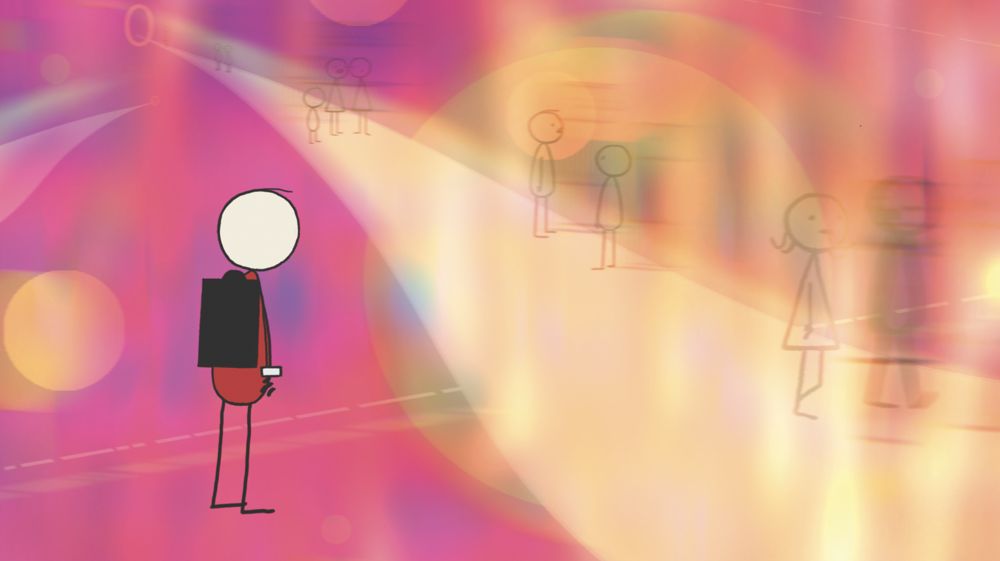 It’s so wild to think that the director who gave us classic comedy stick-figure shorts like Rejected and L’Amour is now taking us along on this brilliant, poignant sci-fi epic. What is your take on that?

It’s a little crazy that people are still watching the older cartoons. I was just a teenager and you never expect your terrible student films to still be floating around over 20 years later. luckily, some of the old stuff like Rejected was supposed to look bad, it was part of the story, which back then allowed me to get away with some animation murder. But it’s also safe to say that I still frequently don’t know what I’m doing. You never stop learning, and that’s what makes each new project so interesting to jump into: to go make a new mess and try and work your way out of it. I’ve never been real sure about that phrase, “Fake it ‘til you make it.” Most people who make it never stop faking it. That’s not a criticism. I just don’t think anyone ever really knows what they’re doing. that’s how you grow, you stumble around and make mistakes. Over the years, you learn new tricks and just get a little more confident. But to “make it” sounds like a nightmare to me. I can’t imagine anything more boring and creatively dead than to think you have it all figured out.

What can you tell us about World of Tomorrow Episode 4?

I’ve written a few chunks of it, but I’m not sure if it’s what I’ll do next. COVID really blew up the distribution plans for Episode 3 — it was going to open in theaters nationwide — and I’m still trying to figure out where World of Tomorrow will land in the long run. For now, the episodes are only streaming on-demand on Vimeo. The whole industry is still reeling hard from 2020, we’ll get an offer one week and then the next week, it’s, “Sorry, never mind, we all just got laid off.” So, it might be a good time to just take a really long break and see how everything settles. My niece was four when I recorded her for the first movie and she’s 11 now. If i have to continue to animate the rest of these totally alone, Julia Pott might be the next one to age out of her role!

What kind of advice do you offer young folks who are just making their own versions of Billy’s Balloon and hope to be the next Don Hertzfeldt?

Please don’t try to be me. You have your own voice. Go be better than me!

World of Tomorrow: The Absent Destinations of David Prime is available to rent or buy on Vimeo. Find more of Hertzfeldt’s work at bitterfilms.com.

WORLD OF TOMORROW EPISODE THREE: THE ABSENT DESTINATIONS OF DAVID PRIME from don hertzfeldt on Vimeo.

You may also like...
Related Topics:featured, The Absent Destinations of David Prime, World of Tomorrow
Geographic Region:Worldwide