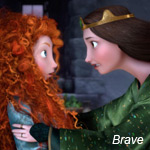 The composers of some of the best animated soundtracks of the year discuss their craft and inspirations.

Over the past year, there have been plenty of behind-the-scenes features about the visual aspects of recent animated features in theaters. While many of these movies have been absolutely stunning to look at, it’s important to remember the talented men and women who worked hard to create the aural backdrops to these visual feasts.

French composer Alexandre Desplat is one of the most prolific musical talents working in the film business today. This year alone, audiences were able to enjoy his soundtracks for movies as wide-ranging as Moonrise Kingdom, Rust and Bone, Argo, Zero Dark Thirty and DreamWorks Animation’s holiday treat Rise of the Guardians.

Desplat describes Guardians as “a very beautiful, visual work.” He says he totally immersed himself in the magical world of the film’s legendary characters Santa Claus, the Sand Man, Easter Bunny, Tooth Fairy and Jack Frost. “It’s a very emotional film, and you need to feel the psychological states of the characters. I worked closely with the film’s director Peter Ramsey and producer Christina Steinberg. They have great respect for their collaborators and try to immerse you in the beautiful visuals of the film. You feel like you’re an actor working with a great theatrical director.” 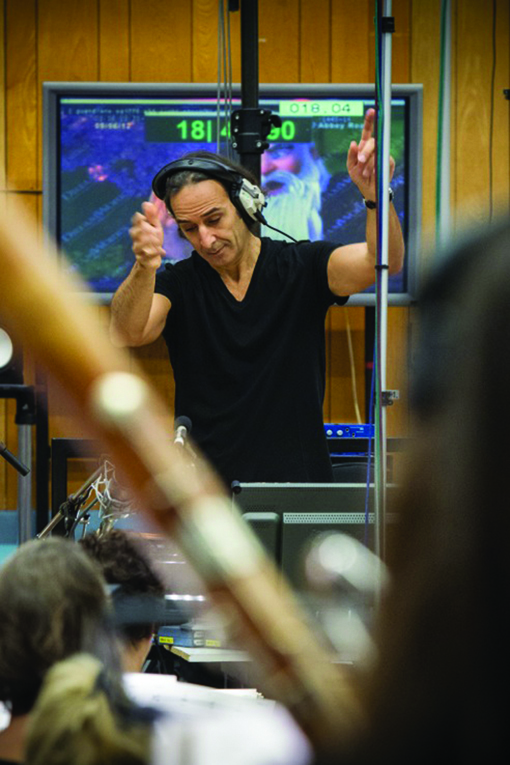 Desplat says he was contacted by the DreamWorks team about two years ago and he was presented with the film’s key designs and shown some of the finished sequences.

“I thought a lot about the film and I began to dream about it,” he recalls. “I keep my brain clear and eventually the music begins to form in your head. When you score an animated feature like this, it carries the film for 90 minutes nonstop. You have to make sure that you’re not repeating yourself and boring the audience with the same sound and melody; you have to find the arc and a new plateau, then go up again and deliver a powerful climax in the end.”

Desplat, who was trained as a classical flute player, says he became a cinephile at an early age and began admiring the film scores of John Williams (Star Wars), Maurice Jarre (David Lean’s movies) and Nino Rota (Fellini’s classics). The Guardians soundtrack is another high note in a career that has included Oscar-nominated work for The Queen, The Curious Case of Benjamin Button, Fantastic Mr. Fox and The King’s Speech. In addition to Wes Anderson’s Fantastic Mr. Fox, his other animated effort is the 1999 feature A Monkey’s Tale, which was directed by Jean-François Laguionie (Le Tableau). He says he enjoys working on animated projects because of the freedom they provide him to explore different characters, situations and themes. 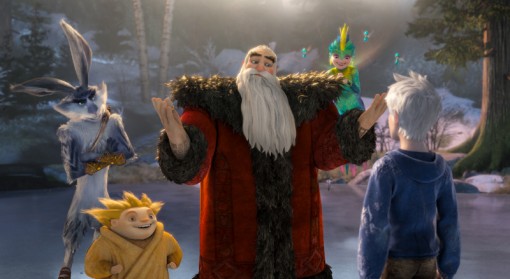 Sounds of the Emerald Isle

Patrick Doyle, the much-heralded composer who delivered the evocative and emotional soundtrack to Disney-Pixar’s Brave this year, says writing the music for a story set in his homeland was a true gift.

“I’ve always been an enormous fan of animation,” he says. “I was first approached about composing the score for Brave over three years ago, and spent time coming back and forth to San Francisco, watching the various stages of the film as it grew. I watched many storyboard versions in the theater in Pixar, as well as visiting various animators to watch their work as it progressed. It also gave me time to think, which is the greatest gift for a composer. Live-action film scores, which I do mostly, tend to give you much less preparation time, so this gestation period in animation is a luxury which I adore.”

He says that the film’s narrative, the geographic setting, the great performances and the beautiful animation were all important ingredients that fired his imagination. 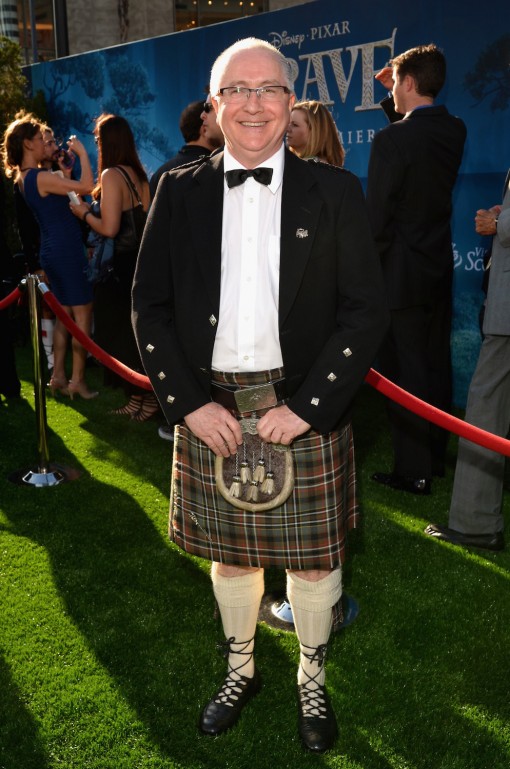 “A lot of the preparation for this score was already in place because I was brought up surrounded by Celtic folk music, and in my immediate household my father, mother and other relatives were and are singers,” he adds.

Overall, Doyle, who was nominated for Oscars for his work on Hamlet (1996) and Sense and Sensibility (1995), says the job of musically charting Princess Merida’s thrilling adventure was a uniquely thrilling one.

“The job of writing the score for Brave was a joyful experience, and it became exponentially fun as time went on,” he remarks. “The people are incredibly generous and I was looked after extremely well by [director] Mark Andrews, [producer] Katherine Sarafian, [director] Brenda Chapman and the team. John Lasseter has created an extraordinary company and it was a pleasure and an honor to be included in yet another exceptional and original creation.” 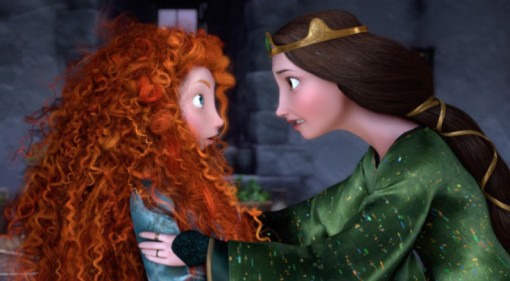 Imagining the musical soundtrack to the chaotic and very different videogame worlds of Disney’s Wreck-It Ralph created a whole set of new challenges and rewards for composer Henry Jackman.

“Probably, the toughest part of the job was finding a way to give each of the different videogame worlds their own musical fingerprint, but still keep the narrative tied together,” he tells us. “But that was actually half the fun of doing the score, getting to weave these different textures and styles together into a score. It was a challenge, but a fun one.”

Jackman points out that seeing all the different elements come together was also part of the rewards of the job. 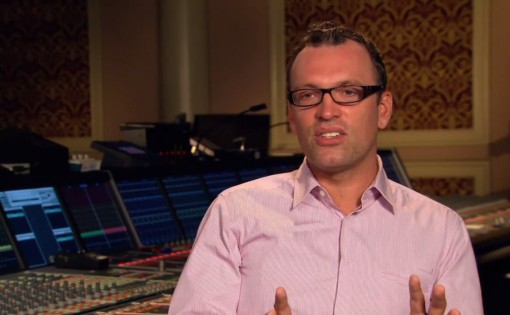 “And it wasn’t just the score coming together; Skrillex and Owl City made tracks for the film as well. We didn’t work together on those, but they are such pros at what they do, and they have their own unique sounds, it was cool to see how they interpreted the movie.”

To prepare for his assignment, Jackman says he hung out with the film’s director Rich Moore, looked at all the storyboards and listened to the story carefully.

“Rich wandered around the room telling me all of his ideas, so I had a really good feel for all the different worlds they had created,” he recalls. “They had Sugar Rush, Hero’s Duty, and the Wreck-It Ralph world. As he walked around and told the story it was really obvious that the movie was a complete winner. That was before any animated footage at all. In fact, we had quite an in-depth musical conversation at that point, when we decided that even with all of these different worlds we could get excited about, we needed themes that could glue everything together.”

Having had a lot of fond memories of the early videogame universe, Jackman enjoyed immersing himself in those old-school notes.

As he tells us, “I was excited to get into the classic videogame music sound. Back in the day, actually, my first ever paid gig was to convert a game called M.C. Kids, which was an arcade game for the Commodore 64—I had to type in like 10 lines of machine code for it to make a lot of beeps and boops.”

Jackman, whose previous animation credits include Kung Fu Panda, Monsters vs. Aliens, Winnie the Pooh and Puss in Boots, says he did lots of research to come up with just the right notes for the movie.

“I even bought a big old Donkey Kong game console!” he says. “I studied those old Namco chips to learn about their frequency response and how many simultaneous noises those things could make. Even when you get to the mid ‘90s, they could only make like four simultaneous sounds. Same with the Atari. I wanted the 8-bit music to be as authentic as possible.”

Since our hero Ralph travels to different game worlds in the movie, Jackman had to come up with different sonic cultures for each milieu.

“The beginning of the movie is really strictly 8-bit, as you don’t even see Ralph as a 3D character, but then it opens up,” he explains. “Hero’s Duty has this intense action feel to it. Sugar Rush has a J-Pop vibe in there, and then Vanellope has her own sound. By the time you get to reel four, there are these heavy emotional cues, because Ralph’s relationship with Vanellope has gotten more serious.”

Jackman does a great job of articulating the importance of his work on the big screen.

“It’s all to do with the story, really,” he notes. “It doesn’t matter if it’s a person or a cartoon, the feelings are the same, and so you should take it just as seriously when scoring it. What is different in animation is that you need to be more flexible and able to turn on a dime. In a live-action movie you have more space, where as in an animated film you may have five or six different musical ideas in a minute long piece of music…But those ideas need to be just as real and full on as they would be in a live-action film.”