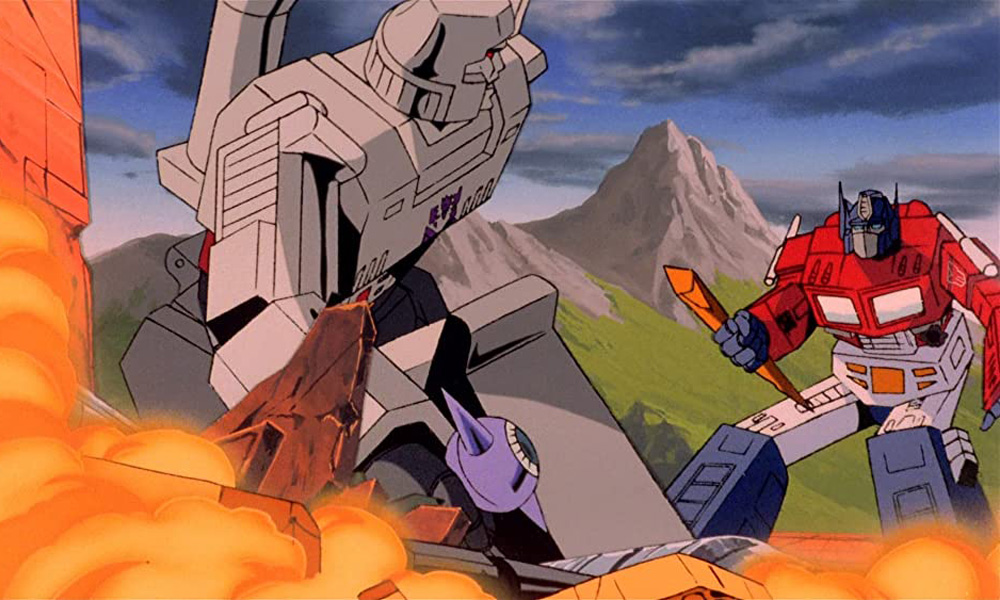 In celebration of the 35th anniversary of its release, the world-renowned 1986 animated feature film The Transformers: The Movie returns to U.S. movie theaters this fall for two days only in “an experience that’s beyond good, beyond evil, and beyond your wildest imagination!” In addition to the feature, audiences of this special event will be treated to brand-new exclusive content.

Presented by Fathom Events and Hasbro The Transformers: The Movie 35th Anniversary comes to movie theaters nationwide on Sunday, September 26 at noon and Tuesday, September 28 at 7:00 p.m. (local time). Tickets will be available for purchase later next month at www.FathomEvents.com and through participating cinemas’ box offices. (Participating theaters are subject to change; contact your local theater for individual safety precautions.)

For millennia, the heroic Autobots, led by Optimus Prime (voiced by Peter Cullen), have been at war with the evil Decepticons, led by Megatron (Frank Welker). As the battle between the Autobots and Decepticons rages on Earth, an even greater threat looms. Unicron (Orson Welles), a colossal converting planet who consumes everything in his path, is heading for Cybertron to devour the Transformers homeworld and wipe the Autobots and Decepticons from existence. The only hope is the Autobot Matrix of Leadership. With new enemies hunting them down and dangers lurking in every corner of the galaxy, the Autobots take on a perilous mission to save their planet that will alter their destiny forever.

“Fathom is thrilled to celebrate the 35th anniversary of the release of The Transformers: The Movie in partnership with Hasbro. It’s exciting to give the fans of this cult classic an opportunity to see this film on the big screen, the way it was meant to be seen,” said Ray Nutt, Fathom Events CEO.

“We look forward to bringing families and fans back to the theaters for this milestone Transformers anniversary,” said Adam Biehl SVP & GM, Action Brands at Hasbro, Inc. “With thanks to our Fathom partners, Autobots and Decepticons of all ages will be treated to a one-of-a-kind movie experience celebrating this beloved animated film.” 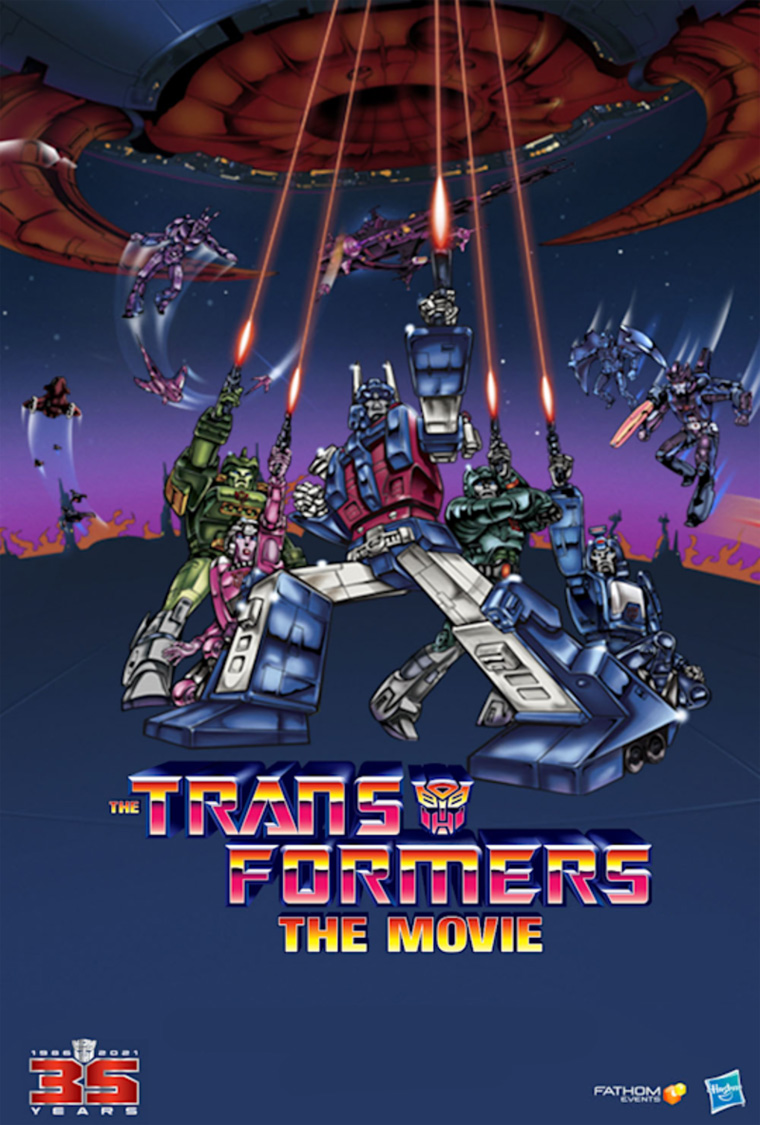 Since 1984, the battle between the Autobots and Decepticons has come to life in movies, TV shows, comic books, innovative toys and digital media, bringing “more than meets the eye” experiences to fans. The 35th anniversary screening of The Transformers: The Movie celebrates the first feature film in what would become a global blockbuster franchise with millions of fans around the world.

The final chapter in the animated series trilogy Transformers: War for Cybertron (premiering Thursday, July 29) and the next movie in the live-action franchise, Transformers: Rise of the Beasts (2022) continue the adventure for fans of all ages across platforms — as will announced animated projects from Nickelodeon/eOne and Netflix. A 35th anniversary edition of The Transformers: The Movie will be released as a limited edition 4K SteelBook on August 3.