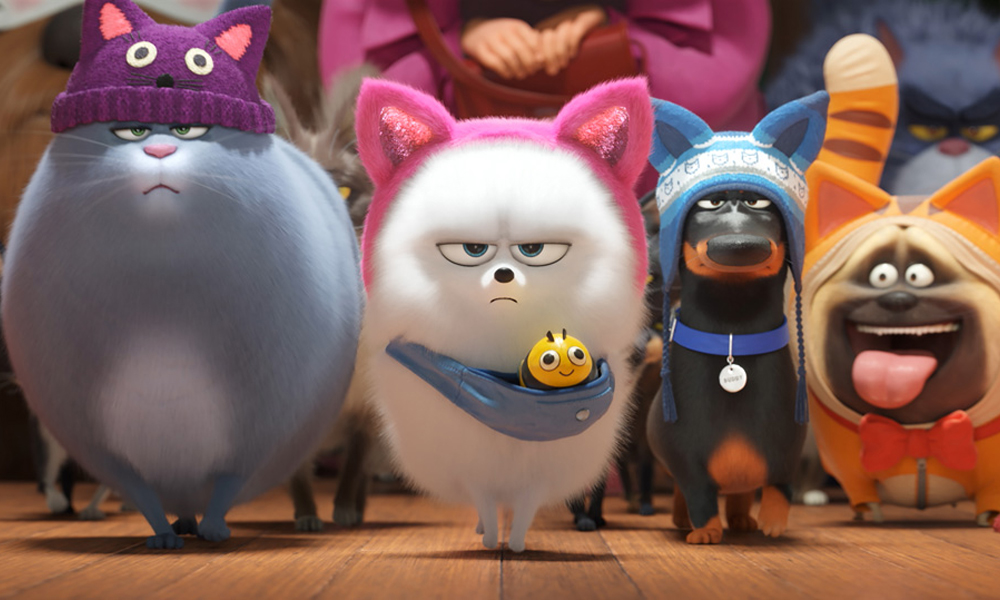 Five years ago, the team at Illumination Entertainment, led by producers Janet Healy and Chris Meledandri, and directors Chris Renaud and Yarrow Cheney hit animation gold with their exploration into The Secret Life of Pets. The movie received great reviews and went on to gross over $875 million worldwide, becoming the animation studio’s biggest blockbuster to date.

This summer, Meledandri, Healy, Renaud and new co-director Jonathan del Val (animation director for the first Pets and The Grinch) offer fans another peek into the lives of Max the terrier, Duke the mutt, Snowball the rabbit and all the other animals they come to meet in a colorful new sequel. 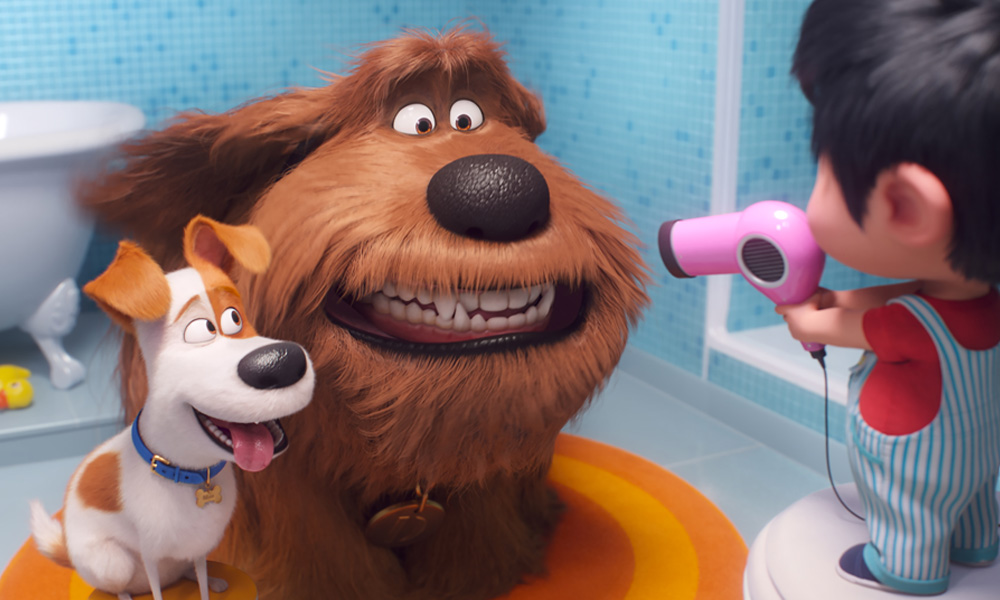 “We started working on concepts for the sequel to Pets while we were finishing the first film,” recalls Renaud, an Illumination studio veteran, who directed the first two Despicable Me movies and The Lorax and exec produced the two Minion movies and The Grinch. “Everyone involved loved the characters and felt there was more story to tell. Very early in the process we began focusing on pets and kids.”

Renaud says a sequel is always a bit daunting, because as a director you want to deliver what people liked about the first film but within a completely new and unexpected package. “This means new characters, sets and situations,” he adds. “As filmmakers, creating these new elements becomes the fun part of developing a sequel.” 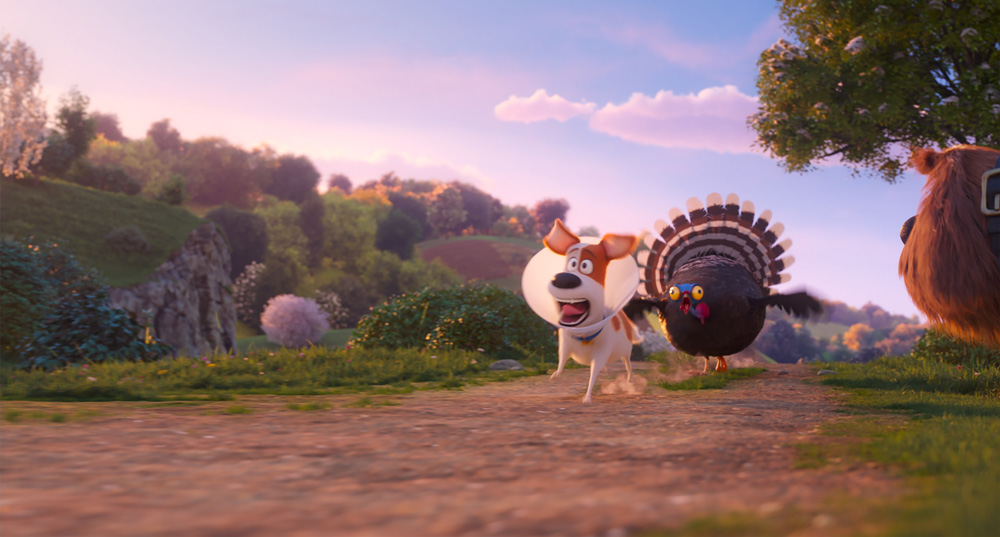 One of The Secret Life of Pets 2’s cool visual elements is the introduction of a farm. Renaud says this new environment allowed the team to create a whole new world with new characters. “Additionally, animals on a farm have a very different perspective on life than our pampered city pets,” he notes. “We used this to create some great comedic and dramatic conflict.” 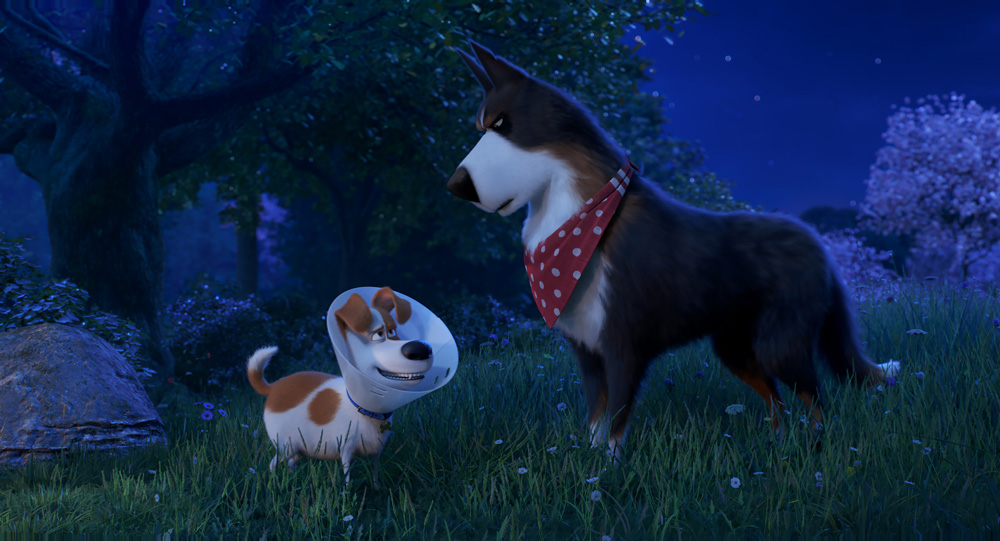 Janet Healy (Despicable Me movies, Sing), who also produced the first movie, adds “All the characters in The Secret Life of Pets 2 are in some way familiar, they represent the personalities and behaviors we see in our beloved pets every day. Just like we humans, these pets have close friendships, deep loyalties, big problems to solve and heroic deeds to accomplish. The pets in our franchise are a familiar and dear part of our families, and now they are a wonderful part of our film experience.”

According to Renaud, the movie utilized over 200 people in both France (at Illumination Mac Guff in Paris) and the U.S. Besides the Illumination team in Santa Monica, the writer and storyboard artists were based in the U.S. Everyone else on the production, from layout up through animation and final rendering, was located in Paris. 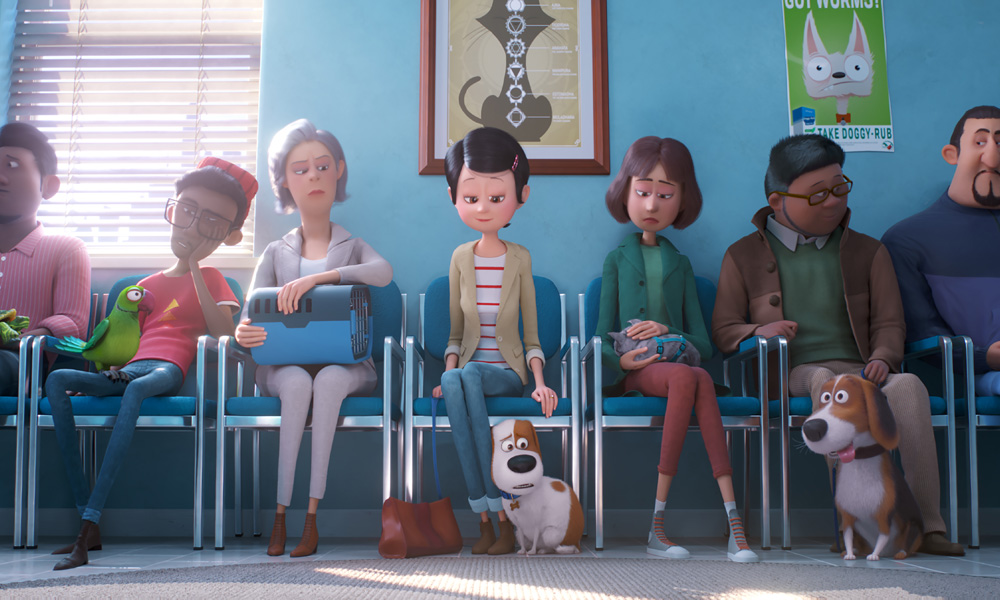 Weaving It All Together

One of the most challenging aspects of the production was the moment when the creative team had to tie all three storylines back together. “Through the course of the film, Max, Gidget and Snowball are operating somewhat independently within their own narrative,” notes Renaud. “But, to make the movie work and create a satisfying ending, we had to figure out how to connect these disparate elements and provide a catalyst into the third act action.”

Renaud admits, “Sometimes you can get trapped into worrying about logic, but you usually find that you need less than you think. It’s the emotion and character stakes that carry the day.”

One of the director’s favorite sequences of the movie arrives in the end. “I don’t want to give anything away, but it truly turned out the way I had originally hoped,” he says. “The whole movie is really a metaphor for modern parenting, and I think this scene captured the genuine emotion of what parents go through as they recognize they can’t control or safeguard every aspect of their children’s lives.” 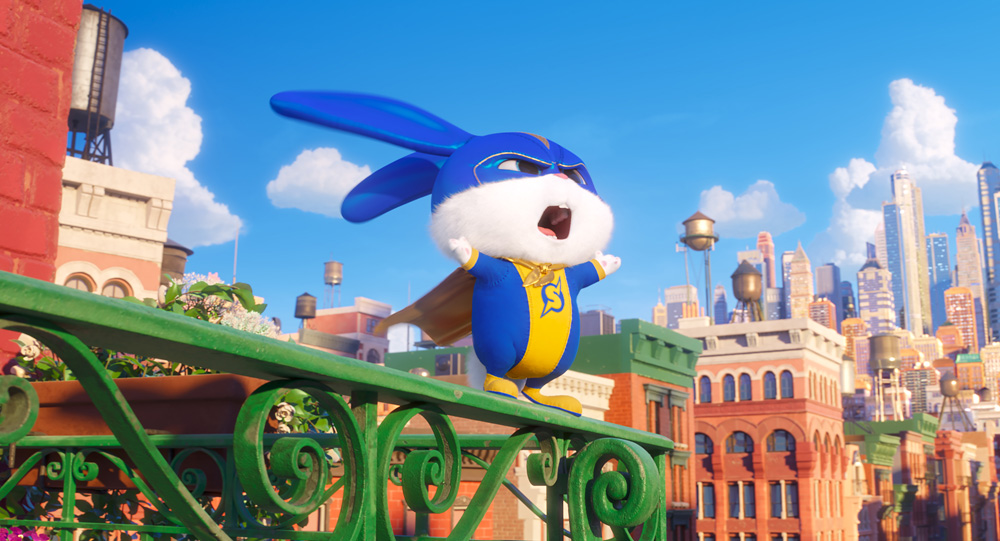 Renaud points out that the first Pets movie clearly struck a chord with audiences around the world purely because it was about pets. “We really tried to capture animals as they are, in both attitude and animated performance,” he explains. “I also feel that the question about what your pets do when you’re not home was so simple and compelling, people couldn’t resist watching a movie that attempted to answer that conundrum.”

When asked to compare the sequel to the original, Renaud says the second movie may have a stronger, more nuanced and layered story. “In the first film, we found that we had to tell a very simple story just to have the space to introduce our huge cast of pets,” he says. “In this one, we can forgo the introductions and get right into storytelling. 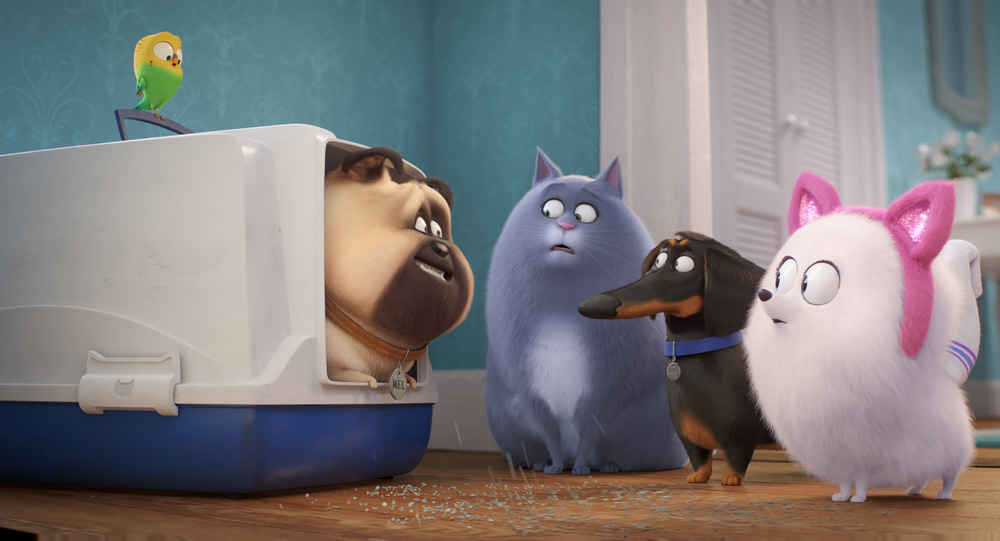 In Pursuit of Perfect Fur

In the five years since the first movie came out, CG animation technology has obviously improved. However, according to Renaud, no new tools were used to produce the animation. It’s just that the old tools kept improving. “For instance, we now review our animation hardware renders with fur on the characters. This is important because a character like Duke can have his whole facial expression wiped out by all of that shaggy fur!”

Since The Secret Life of Pets 2 comes out in the middle of a very jam-packed family movie season — sandwiched between UglyDolls, Pokémon: Detective Pikachu, Toy Story 4, The Lion King and The Angry Birds Movie 2 — we asked Renaud how he feels about the growing competition. “In reality, every movie made right now seems to be an ‘all audience four quadrant’ family film,” he replies. “This used to be where animated films were unique. However, those days have passed since most parents are happy bringing their young children to the latest superhero movie, science-fiction fantasy or animated reboot. In my view, we have to strive to retain our distinction through unique visual stylization and strong comedy that can only be achieved through broader character animation.”

As Healy sees it, the Pets franchise has lasting appeal and will hopefully continue to capture the hearts of moviegoers. “We think this franchise is unique and special because it connects us to our beloved pets in an intriguing and humorous way,” she says. “People in every part of the world adore their pets and wonder what really goes on in their pets’ minds. When they see The Secret Life of Pets films they get a magical, fun insight. The Secret Life of Pets is far more thrilling and busy than we ever could have imagined!”

Renaud says he also hopes moviegoers will relish reconnecting with these lovable, hilarious characters. “I hope the audience will leave the movie theater glad that they had another chance to spend some time with these characters,” says the director. “I know we had a great time working with these guys again, and I’m hoping that joy and fun comes across in this movie!”

Universal/Illumination’s The Secret Life of Pets 2 begins its U.S. theatrical run on June 7.

Chris Meledandri’s Illumination Entertainment empire is showing no signs of slowing down.

After unleashing The Secret Life of Pets 2 in theaters this month, the studio will release Minions 2 in July 2020 and Sing 2 in December 2020. Here’s a look at the studio’s amazing box office record to date: 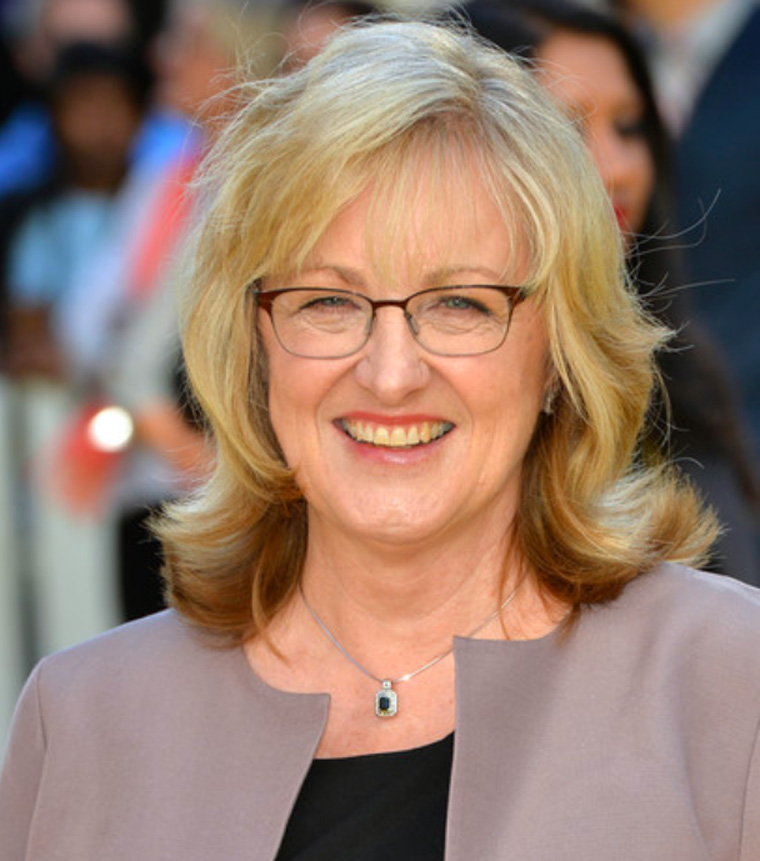 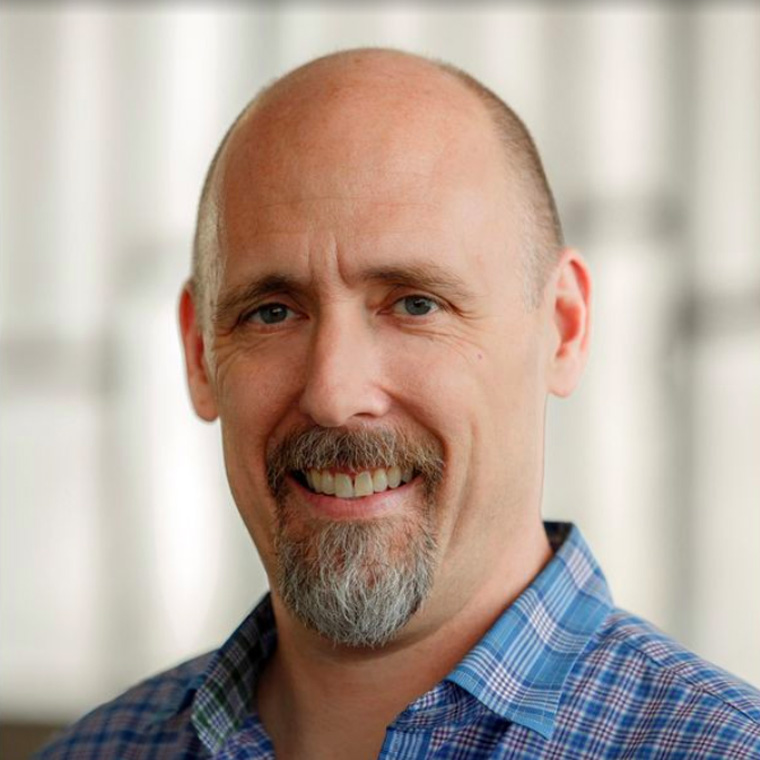