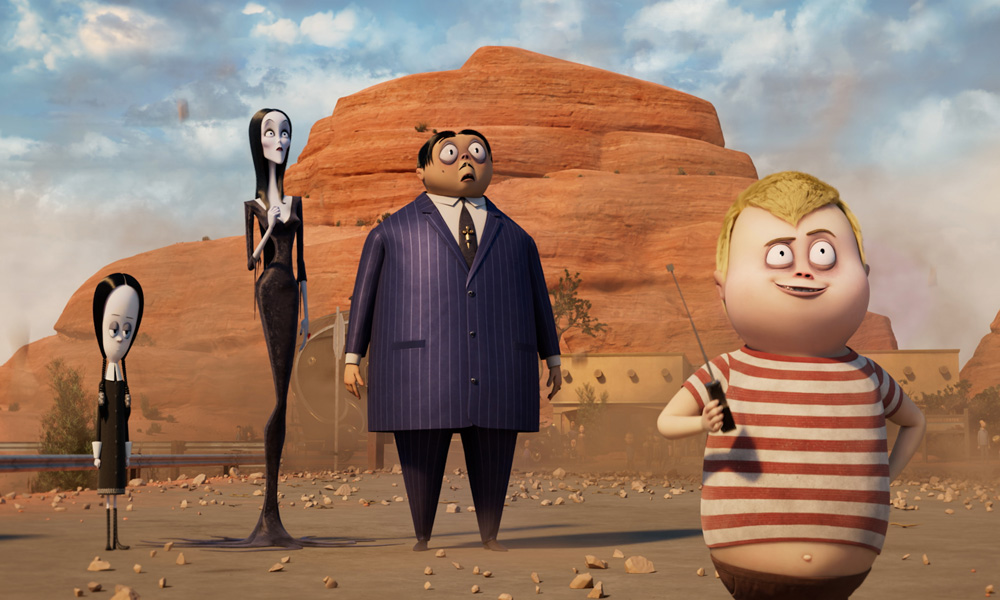 We’ve all heard about Okie families of the 1930s traveling across the country in hopes of putting their lives back together. This month, we’ll find out whether everyone is ready for an ooky family to do the same thing.

The creepiest clan (not in politics) is hitting the open highway in The Addams Family 2, a sequel to the 2019 animated hit from Metro-Goldwyn-Mayer, Bron Creative and Cinesite Animation. In its macabrely wacky way, the Addams Family — based on the ghoulish New Yorker panel cartoons of Charles Addams — has remained one of the most durable entertainment franchises of the last 60 years. The popular (and still aired) 1960s TV sitcom adaptation spawned various other TV incarnations (including an encounter with Scooby-Doo!), two live-action films, a Saturday morning cartoon show, a Broadway musical and, finally, an animated feature.

For most of that time the family has stayed cloistered within their nightmarish, Victorian home. But thrusting them into the outside world through The Addams Family 2 was a prospect rife with comedic possibilities, according to Conrad Vernon, who co-directed the film with frequent collaborator Greg Tiernan and “co-cos” Laura Brousseau and Kevin Pavlovic. 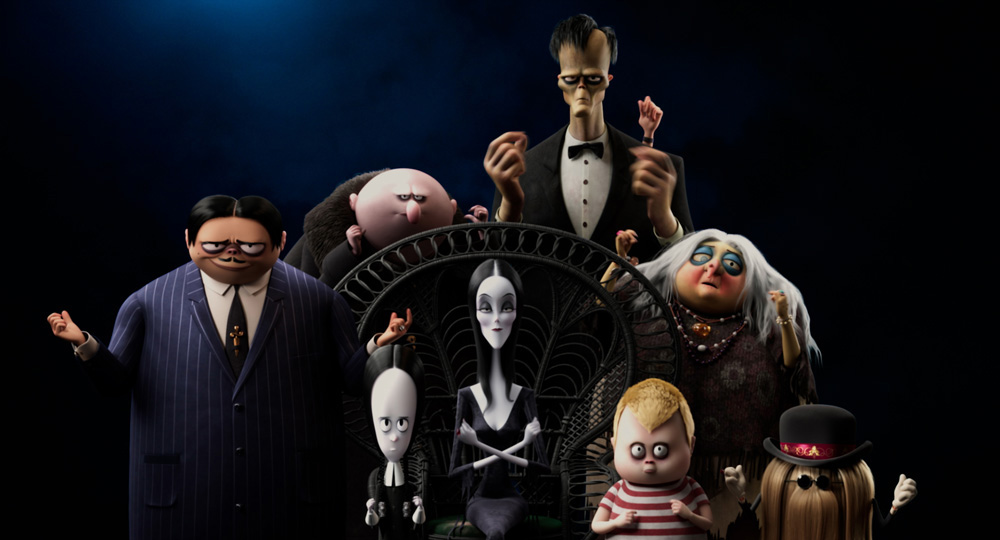 A Family that Scares Together

“Audiences really like watching the Addamses get into different situations and conversations with what we call normies … normal people,” says Vernon, who co-directed the 2019 Addams Family pic and is best known for co-directing features such as Shrek 2, Monsters vs. Aliens, Madagascar 3 and Sausage Party. “Within the context of the story, the reason for the road trip is one with which most parents can identify. “It comes from Gomez’s worry that he is losing touch with his kids,” Vernon says. “He feels they’re starting to drift away as they get older. They don’t hang out in the house anymore and they don’t show up for dinner.”

This is particularly true of Wednesday (voiced once more by Chloë Grace Moretz), who in this iteration is the elder sibling, an early teen, and who is experiencing what many girls of that age go through, albeit through a glass darkly. Pyrotechnically-precocious Pugsley, meanwhile, remains a destructive 10-year-old boy, though on an Addams-sized scale. In Addams Family 2 Javon “Wanna” Walton took over the voicing duties for the character from teen star Finn Wolfhard, whose voice had changed since the first film.

Gomez’s solution for bringing the family closer together is to see the U.S.A. in his “Shiver-let,” a suitably gruesome family camper. A major complication arises through the appearance of a mad scientist named Cyrus (voiced by Bill Hader), who not only claims to be Wednesday’s real father, but has DNA evidence to prove it! “Once they find out that Wednesday might not be their daughter, Gomez holds on twice as hard, and that only serves to push her away more,” Vernon says. 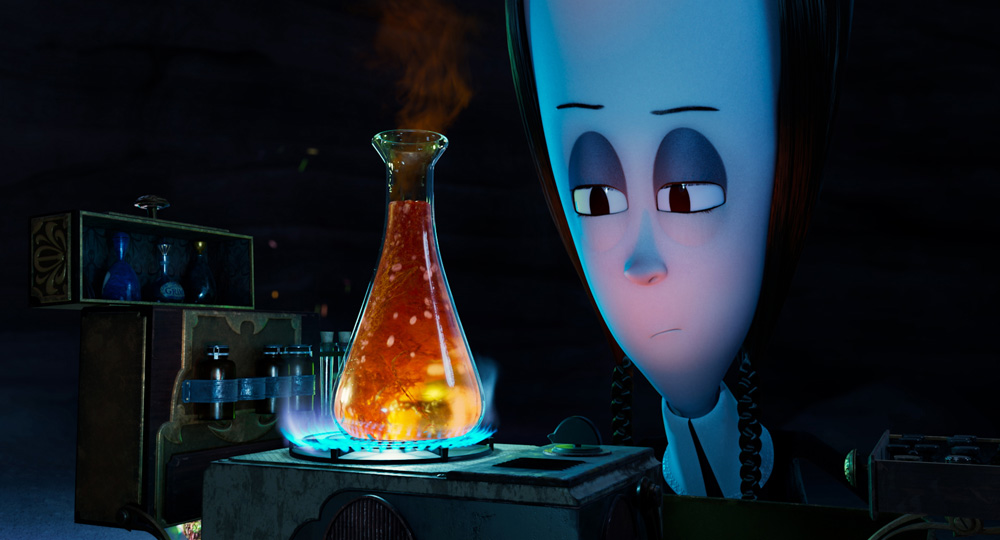 Over the course of the trip, Gomez (voiced again by Oscar Isaac), Morticia (Charlize Theron), Uncle Fester (Nick Kroll), Lurch (Vernon himself), Wednesday and Pugsley, with scuttling disembodied hand Thing behind the wheel, visit such landmarks as Niagara Falls. (Bette Midler and Snoop Dogg also return as the voices of Grandmama and Cousin It, respectively, but they are not along for the entire ride.) While the characters remain stylized adaptations of Charles Addams’ original designs, the locations bear a photoreal quality … within reason.

“The challenge was to exemplify these different locations as beautiful and spot-on as we could while keeping within the design style of our film,” Vernon states. “We didn’t want people coming in and saying, ‘That’s not the way the place looks!'” He praises the team led by production designer Patricia Atchison, who he states “did a phenomenal job bringing that shot of Niagara Falls to life.”

It is a bit ironic that the underlying message of the sequel is people coming together, since the film was produced with most of the artists and technicians working independently. This was due to the one thing scarier than a troubled teen with a voodoo doll or a butler who looks like Frankenstein’s Monster: COVID-19. “We did this whole film remotely from Day One,” Vernon states. “Greg [Tiernan] was in the south of France while this was happening, and I was here. When the travel ban came in and we couldn’t go anywhere, we needed someone on the ground at the studio.” 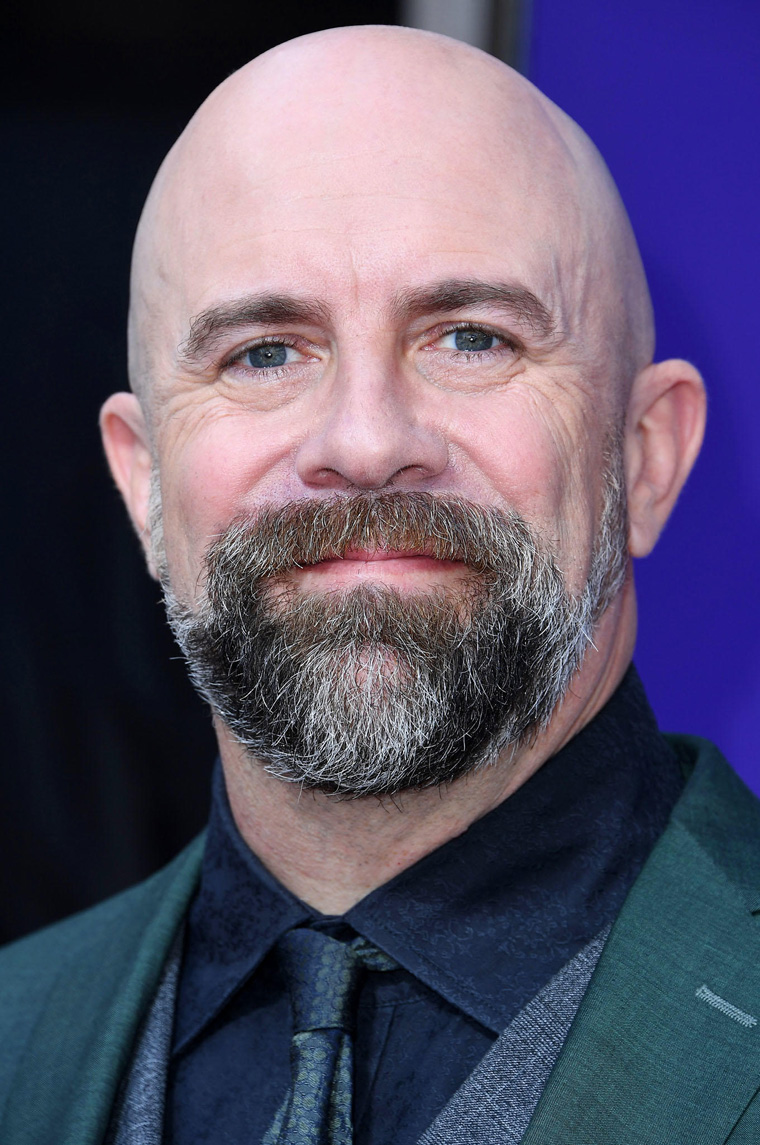 Having previously worked with both Kevin Pavlovic, who edited Tiernan and Vernon’s 2016 feature Sausage Party as well as the first Addams Family film, and Laura Brousseau, who was lighting supervisor for both, the directors tapped them to handle whatever had to be done at the Vancouver-based animation house Cinesite. “They knew the way we direct and the way we worked together, and they did an exceptional job,” Vernon says.

In one sense, though, the pandemic might actually have served to make the film more understandable to audiences. “A lot of people didn’t take a typical family vacation,” the director points out. “They went on road trips so they could stay together, insulated among themselves while still getting out of the house for a while. It’s something people can relate to, being stuck in a vehicle with your family for a long time.”

Making the Addams brood relatable to audiences was, in fact, part of the goal. “As creepy and kooky as they are, we wanted to make sure that people could relate to them,” Vernon says. “Deep down, they are a loving family that has all the flaws, all the arguments and all the love that any other family would have, and I think that’s why people love watching them so much. They see a little bit of their own family in the Addams Family. They say, ‘There are certain things our family does that are a little weird, too.'” 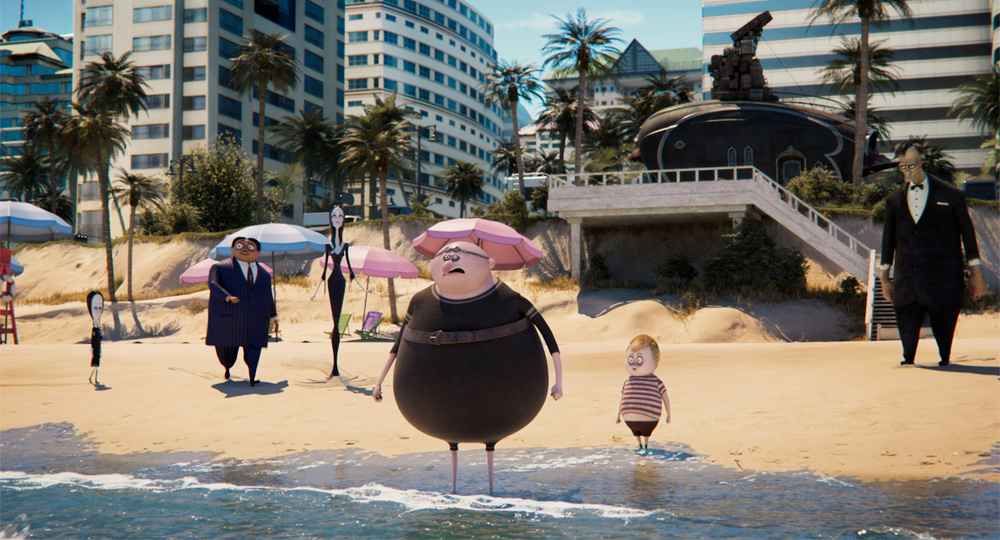 The single biggest challenge of making the movie was not, however, presenting a family of morbid ghouls in the most lovable way possible — or even, necessarily, the pandemic. It was time. When The Addams Family came out in 2019, Vernon claimed it was one of the most rapidly-produced animated features ever made. That proved to be excellent training for The Addams Family 2. “This one was done even faster,” he says. “From script to screen was two years — and believe me, every day we were wondering if we were going to finish it.”

The ability to reuse elements from the first film was an enormous, maybe even lifesaving help, but that did not stop Vernon’s worries that they might not make the release date (originally mid-October, but bumped up a couple weeks, giving even less time). “There were certain things we were not able to do because of the time limit,” he says. “Any time we’d say, ‘Hey, why don’t we try this?’ the answer was never, ‘We can’t do that because we technologically don’t know how.’ It was, ‘We can’t do that because we don’t have the time.'”

Despite every speed bump thrown up in the production team’s way, though, Vernon is happy with the result. “I think it is a step up from the first one,” he says. “It’s got a really big ending that people are going to love. It’s full of heart, and reintroducing this family to a new audience, a new generation, is my biggest pleasure in making these.”