The annual Annecy International Festival of Animated Film (June 15-20) will this year host the premiere of producer Salma Hayek’s artful adaptation of Khalil Gibran’s The Prophet. The film will debut at the Festival’s opening ceremony on Monday, June 15.

On the imaginary island of Orphalese, a mischievous and mute 8-year-old girl named Almitra fortuitously meets Mustafa, a political prisoner under house arrest, and they form an unlikely friendship. But on the day that they meet, the government tells Mustafa that he is finally free and soldiers quickly escort him to a boat that will take him back home. On the way, Mustafa shares his poems and views on existence with the people of Orphalese while Almitra secretly follows him. At each step along the way, she dreams up sumptuous landscapes that illustrate his words. When the little girl learns that the government has plans to kill Mustafa, she decides to try anything to help him.

Details about the Annecy Festival can be found at annecy.org. 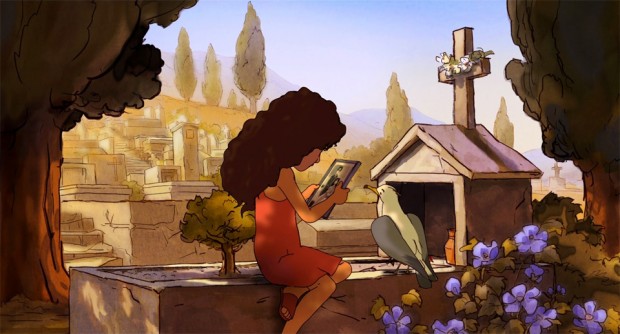