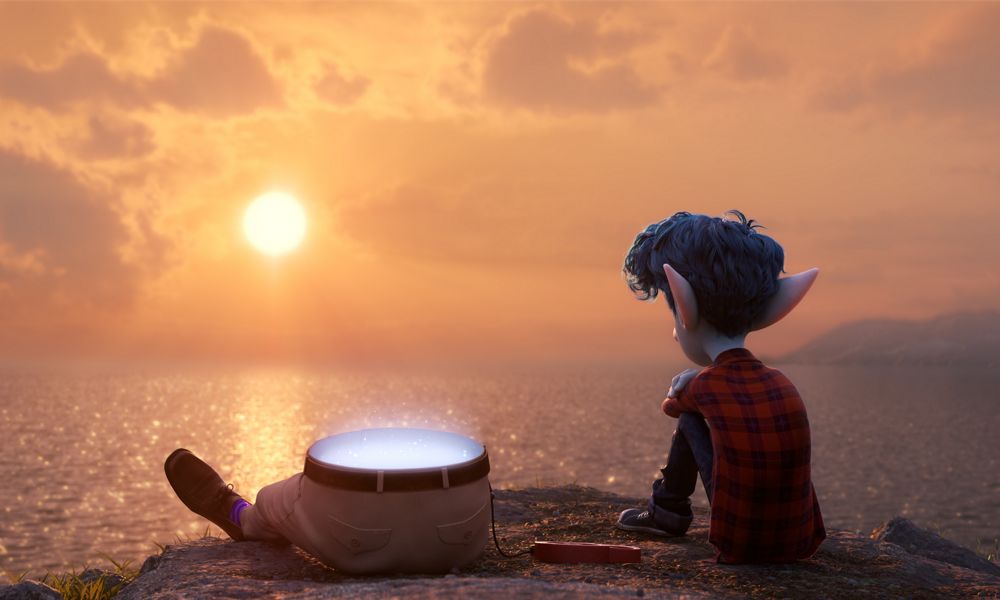 Will Pixar be able to deliver the usual mix of comedy and pathos in its 22nd theatrical feature? That’s the question on many animation lovers’ minds as they get ready to take in the much-anticipated movie Onward, in theaters Friday, March 6. In the movie, two elf brothers take on a magical quest to try to reunite with their long-lost father after a botched bit of wizardry only brings back his lower half. This animated road picture is Pixar’s first foray into this realm of storytelling and was inspired by director Dan Scanlon’s own experiences growing up.

Like the main characters in the movie, Scanlon and his older brother lost their father at an early age and always wondered what kind of person he was and what it would be like to meet him and have the kinds of experiences most kids have with their parents. So, Scanlon, who also directed Monsters, Inc., began playing with the idea of how that might work in an animated story.

“It’s a very personal story,” says Scanlon. “Much like the characters in the story, my father passed away when I was about a year old and my brother was three. So, as you can imagine, we don’t remember him at all. But we always wonder, you know, who he was and how are we like him? And I think that question became the seed of Onward — which is, if you could have one day [with your father], what would you learn? What would you ask? And, yeah, we added elves and sprites to that incredibly sad story.” 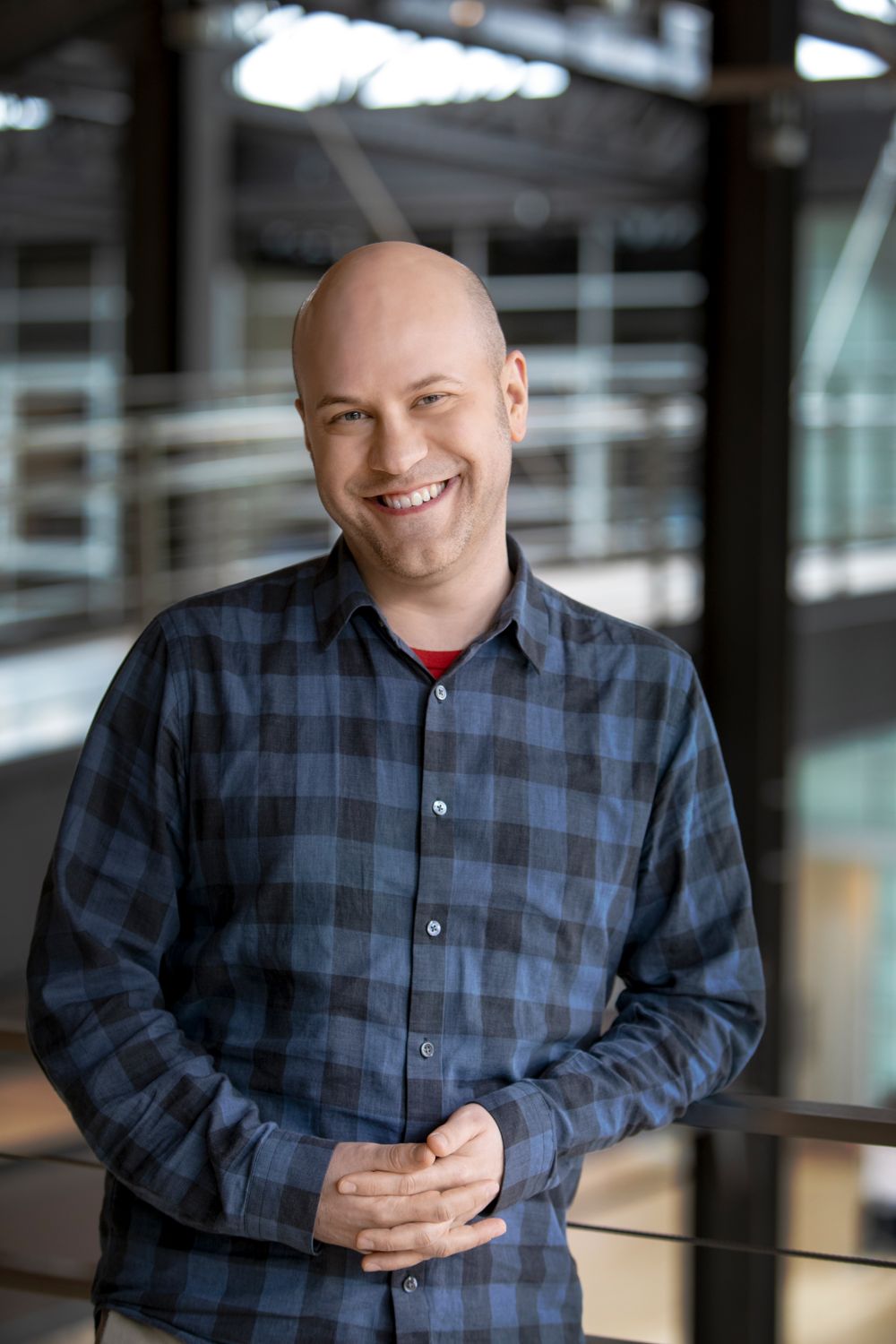 Blue Is the Elfiest Color

Scanlon started working on the story about six years ago. The script soon became about the dynamic of these two brothers — an older one named Barley who was more rough and tumble and leapt into things without thinking too much, and Ian, the younger brother who was cautious, more introverted and anxious around people.

“We needed a way in which the father could come back to life,” says Scanlon. “That really is the reason behind the magic. We could have done, and considered, a version in which the boys were scientists who built a machine that brought Dad back. The magic just felt more romanticized. And we didn’t want to set it in an old timey fantasy world, because it’s a modern story. And if these boys had been in robes and their father had been in robes, it just would have been ridiculous. And I think the world mirrors Ian in a lot of ways. The world of this movie is people who have just become complacent and are fearful of taking risks. They’ve lost their potential. Ian is a kid who’s never lived up to his because he’s insecure and fearful. So, it’s always nice when the world and the characters can mirror that. That and we just wanted to show dirty unicorns.”

As much as this story is based on mythical elements, it’s also grounded in what’s real. The creative team behind the film explored many different color hues for the elves and overall story, arriving at a combination of blue tones and the right illumination that made the elves believable. The backdrop of Onward is inspired by Los Angeles and the Los Feliz neighborhood of 20 years ago. The filmmakers wanted a fantasy suburb where elves could live and that audiences would feel was real somehow. 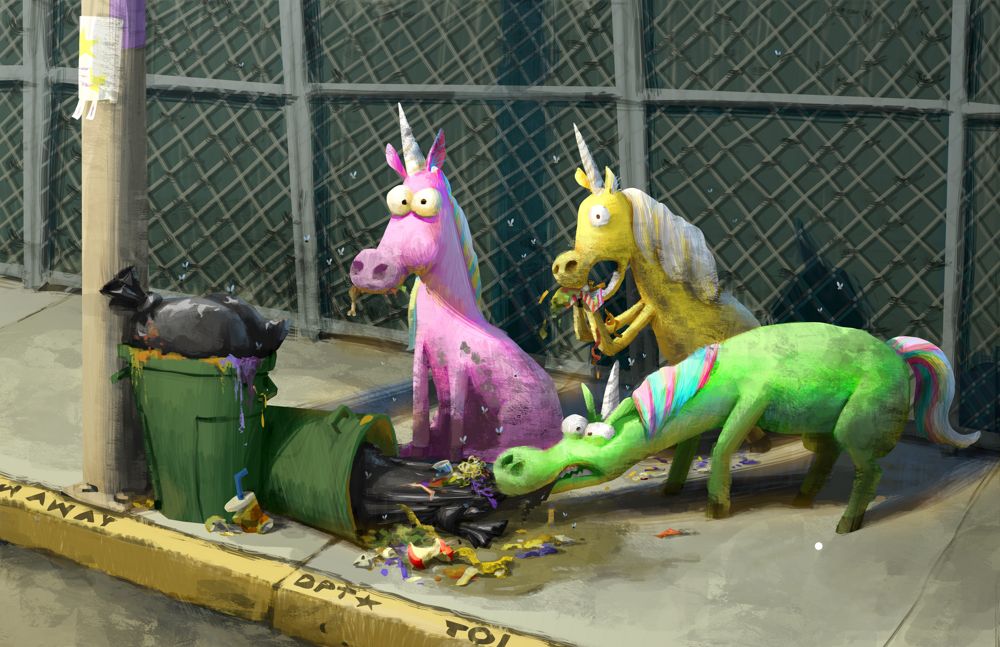 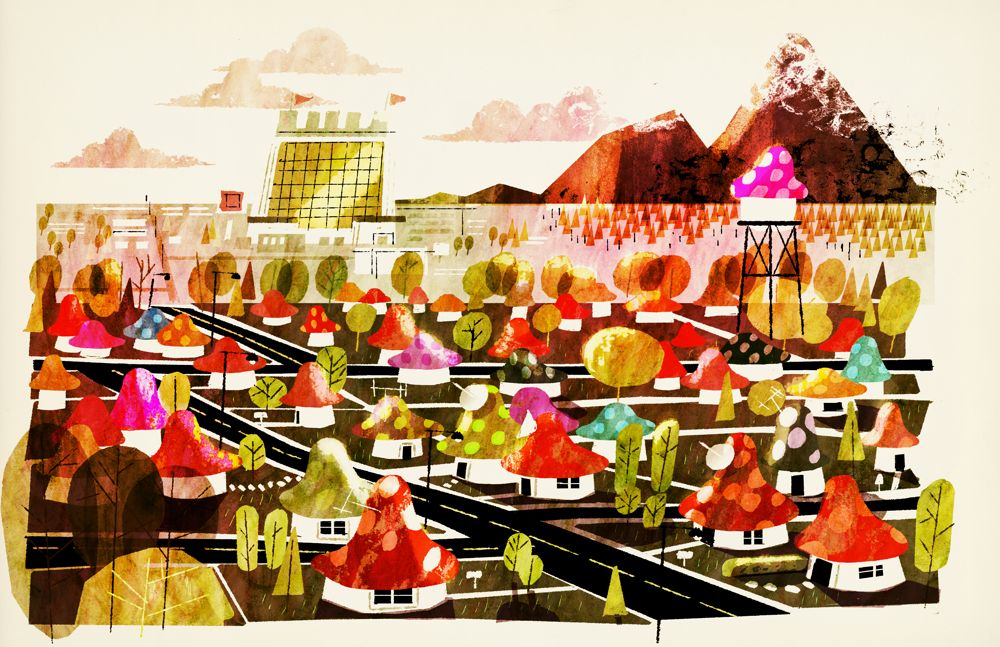 When they’d decided to tell a story full of sorcery and magic, the fun and the complications quickly began. They didn’t want something that had been seen by fans of animation and mythic tales already. Producer Kori Rae, who worked with Scanlon on Monsters, Inc., knew the magic had to be special and fit with the story they wanted to tell. Multiple departments would have to work together to bring Scanlon’s vision to the screen.

“The magic was tricky in terms of just a looks exploration,” says Rae. “But it was also so specific to the story and Ian’s character. How the magic behaved was directly related to what we needed for him and it needed to be chaotic and it needed to be a little bit scary. And, from a looks perspective, we put in a lot of time for development. So, it wasn’t necessarily new technology but I think how we approached it was slightly different. We did some 2D exploration just to try to get the look and figure out what it needed to be and then to figure out how do we get that into the computer. We spent a lot of time on magic because we wanted it to be kind of chaotic for this story.”

Supervising technical director Sanjay Bakshi and character supervisor Jeremie Talbot also worked together to have artists create and model all the fantasy characters individually, since they were all unique. This gave them a more realistic look that was specific to each species. In past films, the team had added controls that could alter features, but this time they felt a more individualized approach was needed. 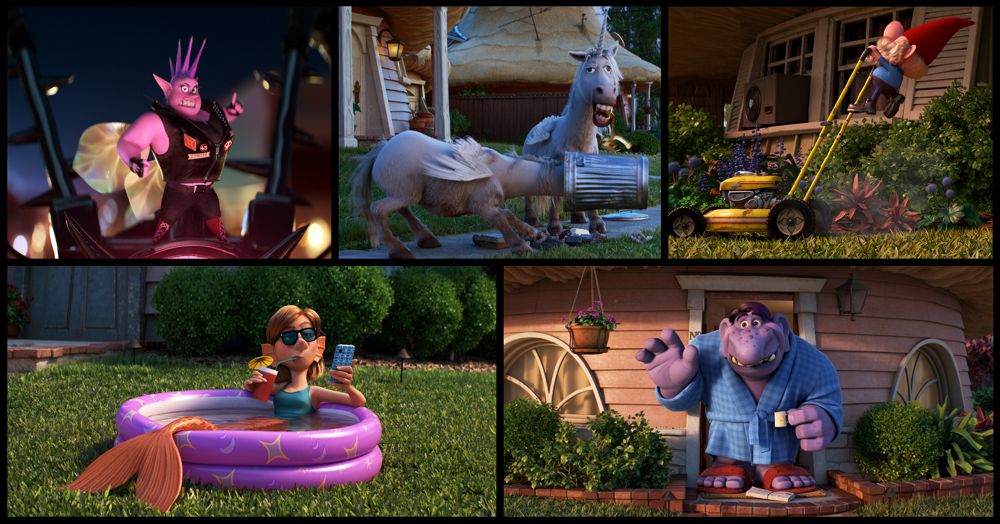 As the boys quest for the magic to get the rest of their father back in 24 hours, they’re opposed by both Ian’s own fears and other fantastical creatures. Scanlon wanted to keep humor in focus even when the battles felt scary and genuinely perilous. He decided to give his mythical beasts “teeth” but also give them the kind of comic elements that kept the funny tone of the film in place.

“In the earliest days, we had the boys fighting a mythical dragon or something,” says Scanlon. “And it felt like suddenly we were in any fantasy movie. It wasn’t funny. It just didn’t seem unique. And then we realized the promise of this movie is that it’s always going to be a little bit funny or a little bit modern or silly. And you can still be terrifying and have those elements. So, we just realized whatever we do with the end, it has to be a mix of fantasy and the everyday. It just came down to the idea that monsters are always made up of your greatest fears and Ian’s greatest fears are made up of his life as a teenager.”

With a large team on Onward, Scanlon and Rae’s biggest challenge was keeping everyone on the same page throughout production. And there’s really no app for that. It comes down to the most old fashioned way of all — face-to-face communication.

“All of that information is tracked in the database as part of our tracking system but what it literally comes down to is communication and getting people in one room,” says Rae. “That’s the only way to do it. No amount of documents are going to do it because people aren’t going to read through them and nobody reads email. So, what really needs to happen is getting everyone in one room — all the different departments — and having Dan there with them, making sure that they know exactly what the story needs for that scene and then just figuring out the logistics together, talking about the images and looking at the images that are up there at least once and maybe twice a day. It’s the best.”

Disney/Pixar’s Onward is in theaters now. Watch the trailer.