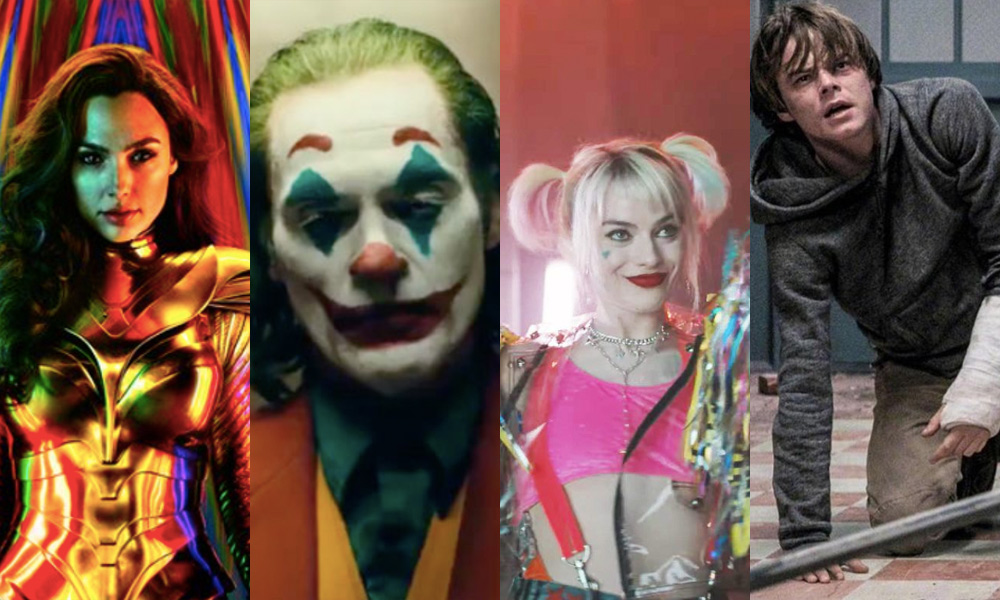 Wonder Woman, Joker, Birds of Prey, and The New Mutants

A mere quarter-century ago, even the most optimistic of fans attending Comic-Con in San Diego would never have predicted the unrivaled pop culture dominance of comic-book movies and superheroes in the 21st century. Back then, Comic-Con was still about comics, with maybe a handful of movie or TV projects presenting at panels or a booth — and those only tangentially connected to comics. That Avengers: Endgame would break box-office records and top off an unprecedented run of 22 Marvel Studios critically and commercially successful and integrated movies would seem simply impossible.

As did, in this year, the sequel-worth success of Shazam!, the welcome reception for Captain Marvel and the globetrotting antics of Spider-Man: Far from Home, with Joaquin Phoenix headlining a Joker movie from indie helmer Todd Phillips still to come.

Nothing else comes close to comics and Marvel in today’s pop culture — and it is unlikely to change anytime soon, says Ben Fritz, author of The Big Picture: The Fight for the Future of Movies and an editor at the Wall Street Journal.

“For at least a decade, people have been saying that superhero movies are the latest trend that will surely fade soon,” says Fritz. “All the evidence points to the contrary. Superhero films have the most successful success record at the box office of any type of film this century, save perhaps for family animation. Comic-book movies combine the key elements of box-office success in a time dominated by streaming media on digital devices: recognizable brand names for which audiences trust it’s worth buying a ticket, visual-effects-driven spectacle you can’t get on a TV, and a deep library of characters and storylines to adapt.”

Despite those advantages, just being based on a comic is not enough to guarantee success. A new Hellboy came and went largely unnoticed this year, while Fox’s run with the pioneering X-Men franchise ended with a flat-out flop in Dark Phoenix.

“To most people, Hellboy was just a reboot of a modestly successful pair of films from the 2000s,” says Fritz. “Dark Phoenix says that despite kicking off the modern wave of superhero films, X-Men never created a universe to which people felt much attachment. The movies have been too inconsistent in terms of quality and regular output.”

The latter criticism also has been levied at DC, with fan response to its attempts to build a similar universe in movies like Man of Steel, Batman v. Superman: Dawn of Justice, Wonder Woman, Justice League, Suicide Squad and Aquaman have flopped with fans more than they’ve succeeded. The films’ inconsistencies may be due to the lack of a central creative figure, a role Kevin Feige fills at Marvel Studios, but it’s likely not the only reason.

“To a certain extent, it’s difficult to be the second studio asking people to commit to a cinematic universe,” says Fritz. ”People don’t see many movies these days and once they decide they want to watch everything Marvel, they may not have the bandwidth or interest to see everything DC.”

Not that DC is holding back. After Joker, the 2020 DC movie lineup includes Birds of Prey (And the Fantabulous Emancipation of One Harley Quinn), Wonder Woman 1984 and mystery titles set for April 3 and July 24. Aquaman 2 is set for 2022. And the DC development slate is quite full: The Flash, Justice League Dark, Batgirl, the animated DC Super Pets, Matt Reeves’ long in-development The Batman, James Gunn’s The Suicide Squad and Ava DuVernay’s adaptation of Jack Kirby’s The New Gods, with DC comics scribe Tom King on scripting duties.

Searching for the Next Spidey

Breaking through may prove even harder for other studios. Sony’s struggled to turn its stake in Spider-Man into a bigger universe with Venom and another upcoming feature, Morbius. It’s also in production on Bloodshot, starring Vin Diesel as a cyber-enhanced assassin, the first of five planned features based on Valiant Comics characters.

But until Marvel stumbles or someone steals its crown, it remains king of the hill, and its return to Hall H after several years’ absence is sure to be one of Comic-Con’s hot tickets. Expected at the panel is word on what’s next for Marvel, which has announced release dates in 2020 for two unidentified features. Known to be on the company’s slate are sequels for Black Panther, Doctor Strange and Captain Marvel, as well as a solo Black Widow movie, The Eternals and Shang-Chi: Master of Kung Fu. Further down the road is James Gunn’s Guardians of the Galaxy, Vol. 3. On top of that, Marvel Studios could also reveal plans for integrating into the Marvel Cinematic Universe the X-Men and Fantastic Four franchises it regained control of via Disney’s purchase of Fox.

And if that’s not enough, television/streaming is booming as a home for comics-based shows, especially for comics with longer and more intricate storylines that play out better as a series.

“I’ve felt for a long time that television is the ideal place for comic-book adaptation, and the streaming age has only fortified that belief,” says Mike Avila, senior producer for SYFY WIRE and the host of Behind the Panel. “There’s more room in TV to experiment and diverge from the source material than there is at the movies. Imagine trying to adapt The Umbrella Academy into a two-hour movie, as opposed to the killer 10-episode first season we got on Netflix. Even on The CW, Riverdale is literally nothing like any of its printed-page source material, but it’s absurdly entertaining with a huge fan base.”

Current hit comic-book series include The Walking Dead, Preacher, Agents of S.H.I.E.L.D., Legion, Krypton and Cloak and Dagger. TV is the place for DC fans, with the CW-based “Arrowverse” including Arrow, The Flash, DC’s Legends of Tomorrow, Supergirl, Black Lightning and the upcoming Batwoman. The DC Universe streaming service adds to that lineup with Titans, Doom Patrol, Young Justice: Outsiders, Swamp Thing and the upcoming Stargirl and animated Harley Quinn series. Riverdale, meanwhile, gets a spinoff in Katy Keene.

Even with all that, there’s plenty more still to tap into.

”Think of one of the white whales of comic-book adaptations: The Sandman,” says Avila. “Would you rather see it adapted as a movie or an ongoing series on a streaming service? I bet [comic creator] Neil Gaiman would say television without hesitation, because it’s the better platform for serialized storytelling.”

Any way you slice it, it’s going to be near impossible to avoid watching comic-book shows or movies in the foreseeable future, and it’s unlikely to change any time soon.

”I think family animation will continue to be the most competitive genre, but to be honest I don’t see anything on the horizon,” says Fritz. “I’d be surprised if any genres even start to supplant comic-book movies for at least a few years.”

Oct. 4: Joker (Warner Bros.), directed by Todd Phillips and starring Joaquin Phoenix as Arthur Fleck, a failed stand-up comedian who is driven insane and turns to a life of crime and chaos in Gotham City.

April 3: The New Mutants (Fox), directed by Josh Boone, starring Anya Taylor-Joy, Maisie Williams and Charlie Heaton. Five young mutants, just discovering their abilities while held in a secret facility against their will, fight to escape their past sins and save themselves.

June 5: Wonder Woman 1984 (Warner Bros.), directed by Patty Jenkins, starring Gal Gadot, Chris Pine and Kristen Wiig. Diana Prince comes into conflict with the Soviet Union during the Cold War in the 1980s, and finds a formidable foe by the name of The Cheetah.

July 31: Morbius (Sony), directed by Daniel Espinosa, starring Jared Leto, Adria Arjona and Matt Smith. A scientist suffering from a rare blood disease who attempts to cure himself and instead becomes afflicted with a form of vampirism. 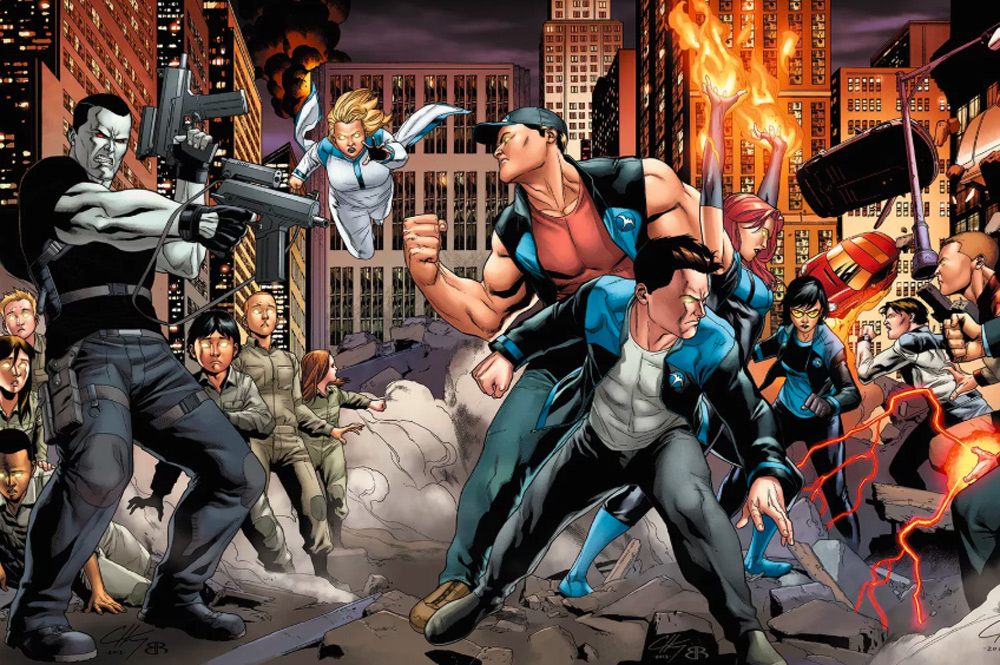 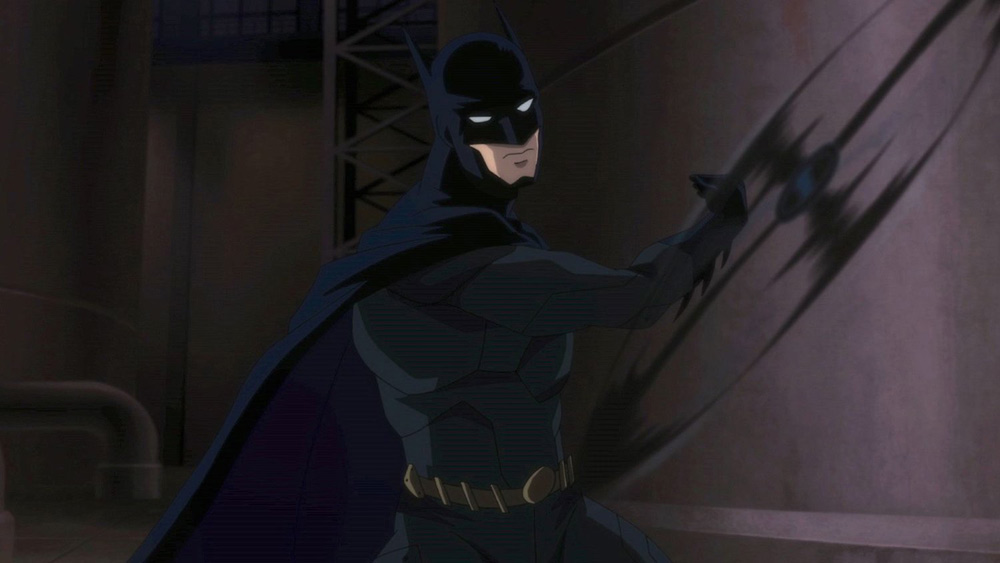