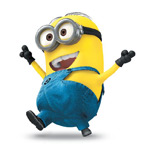 Those popular, little yellow guys from Universal/Illumination’s Despicable Me franchise will be starring in their own feature. Deadline.com reports that the Minions will be the star of Illumination’s fifth feature with Universal. Gru’s little helpers will be interacting with humans in the new project, which will be written by Brian Lynch (Hop, Puss in Boots) and directed by Pierre Coffin (Despicable Me) and Kyle Balda (The Lorax). Both Coffin and Balda provide the voices for The Minions.

The original Despicable Me cost $69 million and grossed over $540 million worldwide, before being turned into the Orlando theme park ride Despicable Me Minion Mayhem. Pre-production on the untitled Minions film will begin at the same time as the production of Despicable Me 2. The sequel, which features the voices of Steve Carell, Kristen Wiig and Al Pacino will be released July 3, 2013, while the Minions family is planned for 2014. Chris Meledandri and Janet Healy are producing, Renaud is exec producer and the Paris-based Illumination Mac Guff in handling the CG animation. 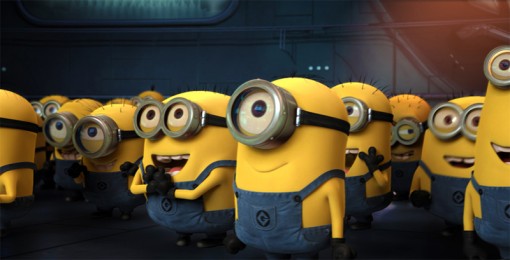