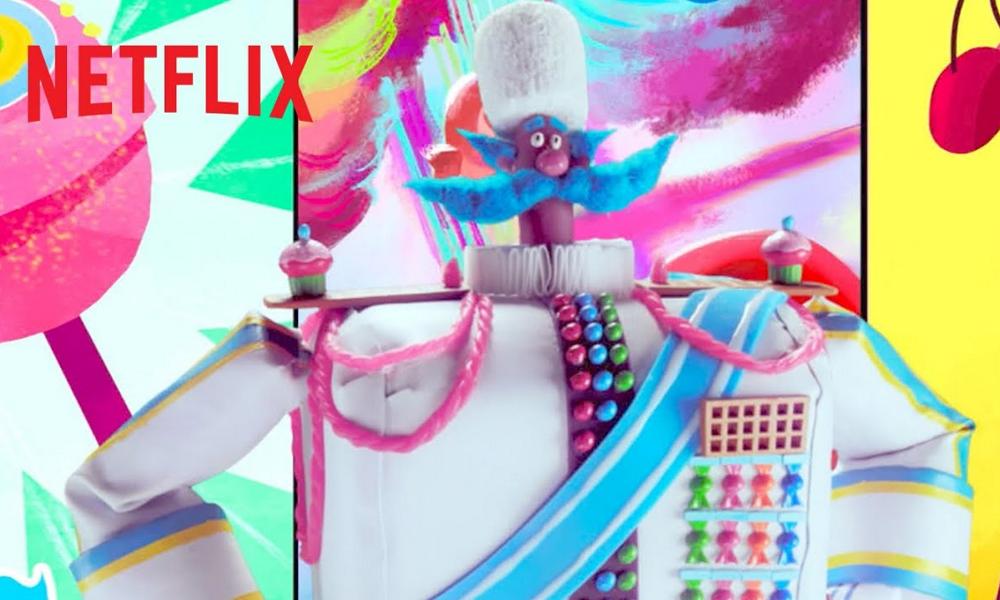 If you’ve treated yourself to Neftlix’s original animated feature The Willoughbys, you may have found yourself wondering how candy factory patron Commander Melanoff could have such a sour disposition with such a sweet job! A pared-down stop-motion sequence from the film created by award-winning Foreshadow Films in Vancouver, now revealed in it entirety via the streamer’s YouTube page, gets to the nougatty center of the character’s motivation.

In this new companion short, Melanoff’s Sad Story, we learn how Melanoff (voiced by Brooklyn Nine-Nine and Deadpool 2 talent Terry Crews) loses the love of his life to his obsession for confection perfection.

“The final product looks so good,” said The Willoughbys director Kris Pearn (Cloudy with a Chance of Meatballs 2) about the stop-motion sequence. “I felt really bad that we couldn’t nest the fully contained piece [within the final film] but it’s kinda cool how there’s this stop-motion film in the movie that has its own culture.”

Pearn, who cut teeth in the storyboard department of films such as Open Season, Cloudy with a Chance of Meatballs and Hotel Transylvania, holds a special place in his heart for stop-motion, having also boarded for Aardman Animations on Arthur Christmas, Shaun the Sheep Movie and Early Man, among others.

Foreshadow Films is a boutique production company run by the four Affolter brothers. Working together since before they called it work, the Affolters have dedicated themselves to telling unique, compelling stories, from light-hearted comedies to heavy dramas and everything in between. Collaboration is key among the brothers, and they work so closely together that they share the Writer/Director/Producer credit on all of their projects.

In 2006, the four founded Foreshadow Films (formerly Affolter Entertainment), a Vancouver-based production company focusing on original content for film, TV and the web. Since the company’s inception, the brothers’ films, web series and music videos have played in dozens of film festivals worldwide and have won or been nominated for over 75 awards, including three Canadian Screen Awards.

In addition to their own productions, the Affolter brothers have contributed to a number of film and television series as animators, storyboard artists, writers, etc. This includes shows like Travelers, Bob’s Burgers and Rick and Morty, and their clients include companies such as Cartoon Network, Netflix, Teletoon and many, many more.