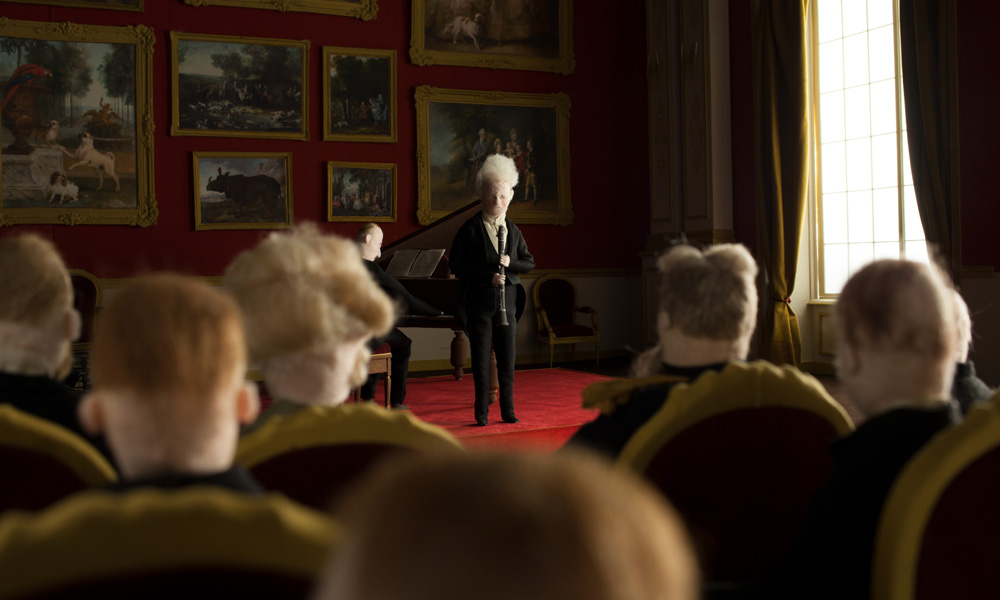 “Surreal” is not a typical descriptor for stop-motion animated shorts, but then there is nothing typical about This Magnificent Cake! (Ce magnifique gateau!) Clocking in at 44 minutes, this multi-festival winner — screening Saturday, Oct. 20 at Animation Is Film in Hollywood — was made by the Belgian writing and directing duo of Marc James Roels and Emma De Swaef, who previously created 2012’s festival darling Oh Willy…

While Oh Willy… chronicled one man’s misadventures in a nudist colony, This Magnificent Cake! follows several characters into the legendary “heart of darkness” of 19th century Africa. Structured as a five-part anthology of individual character stories, This Magnificent Cake! explores the fever dreams of a colonial era king, the travails of a pygmy hotel worker, the plight of an army deserter, a thief on the lam and a doomed jungle porter. The interactions of these characters are often mysterious and definitely surreal. But what lends an intriguing irony to the film is that all of them are lovingly photographed fabric dolls.

The genesis of the artists’ stylistic approach dates back to 2010, recalls Jean-François Le Corre, who co-produced This Magnificent Cake! at the Vivement Lundi! studio in Rennes, France. “Emma first came to us for advice on how to build a puppet for a short that was being produced at Beast Animation in Belgium. Our team loved Emma’s textile universe, and we proposed to Beast that we co-produce that short.” It turned out to be Oh Willy…, and it cemented a prize-winning collaboration between the French and Belgian studios.

Emma explains that she was doing an internship at Beast Animation during the shoot of the animated cult classic, A Town Called Panic. “They’re the biggest stop-motion studio in Belgium. After the internship, Marc and I asked them if they wanted to produce our short film Oh Willy… While we were financing that film, I received a scholarship from the Dutch Film Fund, which I used to develop the Willy puppet at Vivement Lundi! This naturally set up a co-production structure for that film that went well, so we decided to keep that structure for this film.”

For This Magnificent Cake, an 18-person team at Vivement Lundi! worked with the directors to craft the characters and sets, which were then transferred to Beast Animation for the main production. As production manager Dorien Schetz explains, “Beast Animation’s Ben Tesseur and Steven De Beul were the main producers, and we installed the sets and animated the shots.” Schetz also recalls, “Back when we were shooting Oh Willy…, Emma and Marc were already talking about a new film that had started growing in their minds.”

So their emerging ideas for This Magnificent Cake! evolved naturally during the years following Oh Willy… The experience exemplifies how interdependent and resilient independent filmmakers have to be. That’s especially true when they’re developing a stop-motion film that’s set in colonial Africa, filled with several unsavory characters struggling to survive in the unforgiving tropics.

As you might expect, Roels and De Swaef did copious research before penning the script. As Roels explains, “By far the most amount of time we spent working on this film went into research. That being said, we consciously steered clear of any overt historical references. We didn’t want the film to come across as an educational introduction into 19th century colonialism in the Congo basin. That concept is too big and complex to be adequately tackled in a film.”

Their solution was to focus This Magnificent Cake! on a handful of eccentric characters that are driven over the edge — both literally and figuratively. There is no shortage of violence in This Magnificent Cake!, and man’s inhumanity to man is evident throughout. But amidst the darkness are surprising moments of comic relief — including a snail sporting a toupee, and a hapless hotel musician who’s repeatedly stopped from playing his clarinet.

The attention to detail in This Magnificent Cake! is especially evident because the film’s lighting and cinematography emphasizes the textural surfaces of the fabric puppets — and even small props like beer bottles. Shot by Roels, the film features backlighting that highlights the characters’ fuzzy hair in charming ways. It’s not surprising when you consider that Roels comes from a live-action background. He admits, “Neither of us had any experience making stop-motion films at the time we decided to start experimenting. Emma had wanted to integrate animated shots into her documentary films, and at first these were very simple and crude attempts. There was hardly any animation. Gradually we refined our methods through trial and error. By the time we decided to direct our first professional stop-motion short together, we had a clear idea of the look and feel of what we wanted, which resulted in the film Oh Willy…”

Staying solvent while making independent films is always challenging, and Marc and Emma have pursued making animated commercials as well. Emma notes, “One of them, a commercial for a Belgian bus company, is probably our worst work technically, but it really took on a life of its own. It’s our most popular work in Belgium, so the press talks about us as ‘the directors who made the bus commercial.’ We’re not sure how we feel about that,” adds Emma, who teaches stop-motion classes as well. “It’s very important for us to stay film directors who do a commercial every now and then, and not the other way around.”

The financing they received for This Magnificent Cake! also reflects the efforts of their production partners at Vivement Lundi!, Beast Animation and Pedri Productions in The Netherlands (where some post-production was done). Support came from a variety of sources, including the channel ARTE France, the short film fund at France’s National Center of Cinematography, the Flemish Audiovisual Fund, the private funds Procirep and Angoa, and the tax shelter program of the Belgian Federal Government.

Even given its lengthy running time, This Magnificent Cake! has captivated audiences’ attention worldwide. It was met with thunderous applause at the Cannes Directors’ Fortnight, and has won honors at Annecy, Zagreb and the Grand Prize for Features at Ottawa.

The filmmakers are keenly aware of the challenges their unusual format presents. “We definitely see it as being a mid-length film, not only in terms of running time but also in terms of how it feels as an experience,” says Roels.“This isn’t to say that we think a feature length film is a better experience; merely that the manner of storytelling is often very different. It is sometimes easier to tell a far more complex story in a mid-length film than a feature, as it allows for a more conceptual structure that is less tied down to plot or characters.”

They are anticipating that This Magnificent Cake! will also get a theatrical release in Belgium and Holland later this year. And De Swaef remarks, “Other distribution ideas include galleries, exhibitions and VOD. The length could mean that we fall in between all the conventional distribution formats, but we’ll keep trying to counter that.”

Learn more about the duo’s films at www.marcandemma.com; watch Oh Willy… on Vimeo. 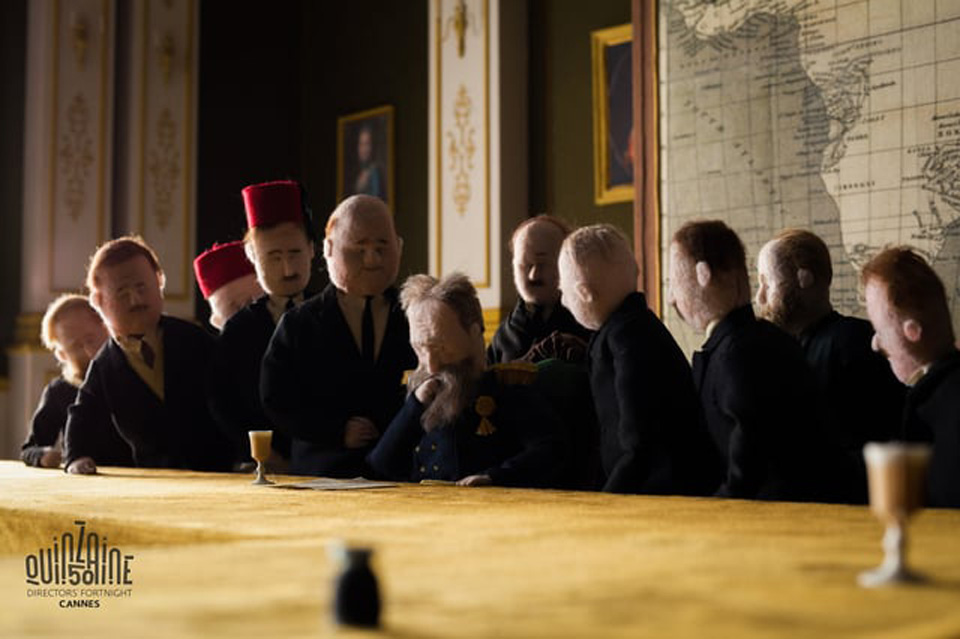 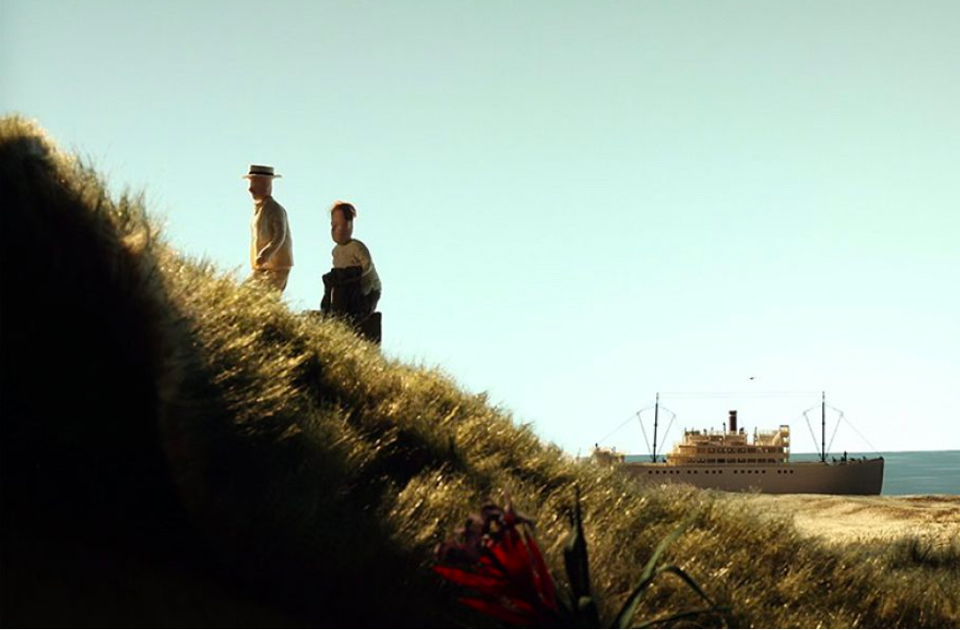 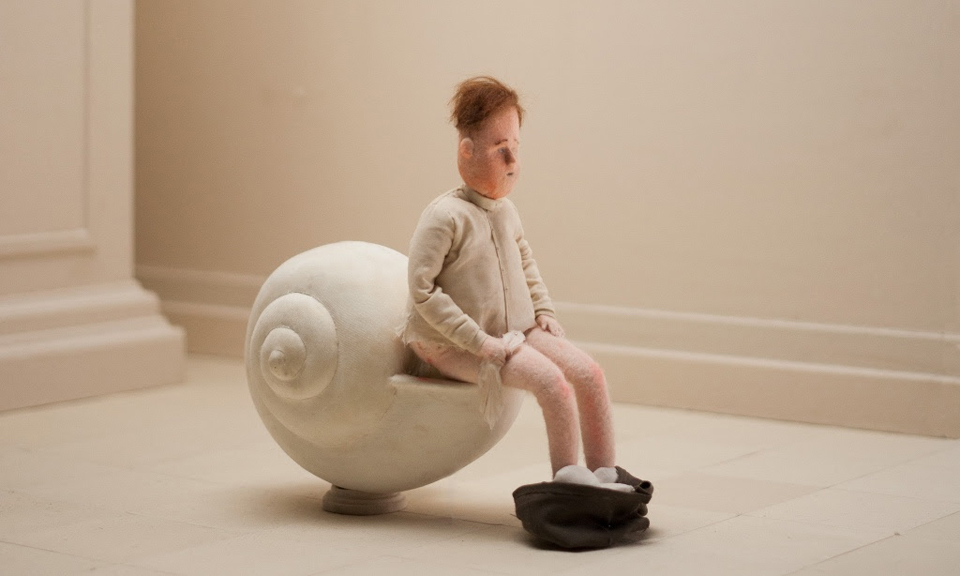 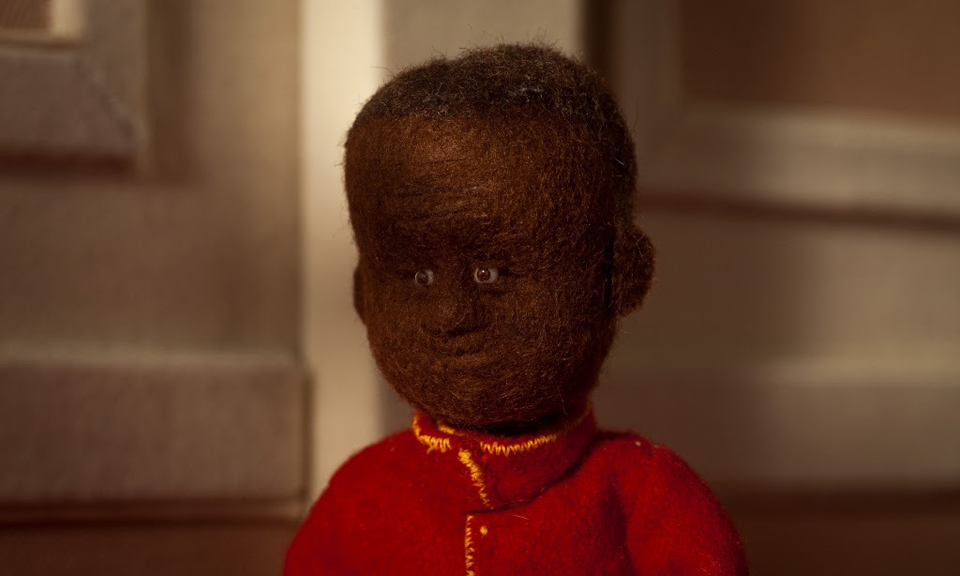