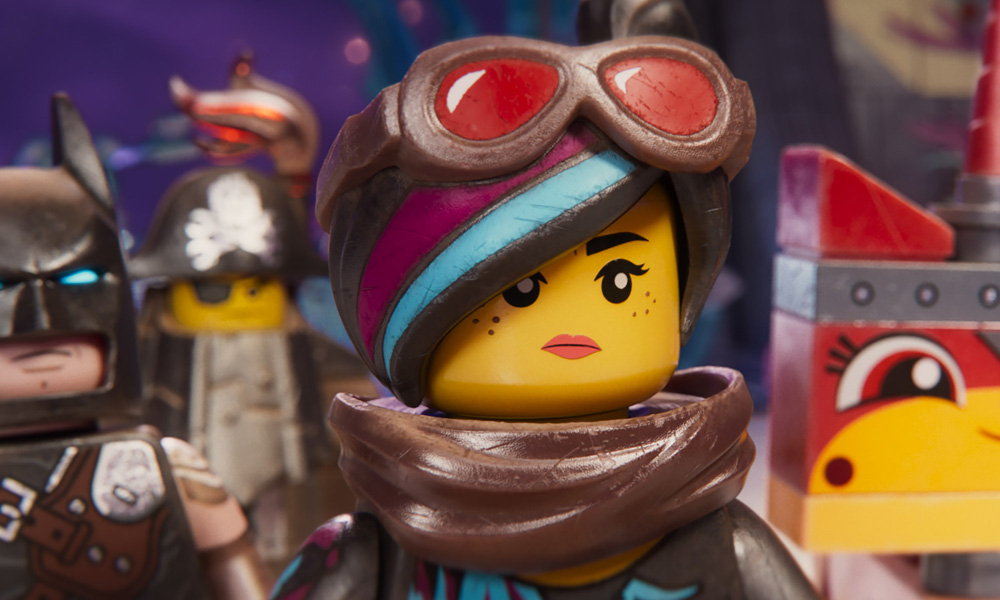 Few films in recent years have surprised viewers more than 2014’s The LEGO Movie. Written and directed by Christopher Miller and Phil Lord, what could have been — and many expected to be — a two-hour toy commercial was instead an inventive, funny and emotional moviegoing experience.

With the huge commercial success of the movie spawning successful spinoffs The LEGO Batman Movie and The LEGO Ninjago Movie, the original gets a direct sequel with The Lego Movie 2: The Second Part, due in theaters February 8 from Warner Bros. with most of the original voice cast returning alongside Miller and Lord as writers and producers.

Stepping into the director’s chair is Mike Mitchell, whose diverse directing credits range from live-action comedies Deuce Bigalow: Male Gigolo and Sky High to hybrid features such as Alvin and the Chipmunks: Chipwrecked, and straight-on CG animation on DreamWorks Animation Shrek Forever After and the 2016 hit Trolls.

The idea of making animation more tactile was a major factor in designing the look of Trolls, and it carried over to the physical nature of LEGO for the sequel. “Everything has gone CGI and everything is behind a screen now, and for me that’s why we really wanted to get tactile in Trolls and we really brought that into the LEGO film because I really miss that,” says Mitchell.

Mitchell, who came aboard after original helmer Chris McKay took on instead The LEGO Batman Movie and Rob Schrab came and left over creative differences, says Miller and Lord convinced him to take the job with the story pitch and were deeply invested and hands-on with the movie.

“I wanted to remind everyone what was so great about the first film and then evolve from that, so it’s essential to have those guys around,” says Mitchell. “I always describe myself like an Ob-Gyn who’s delivering Chris and Phil’s beautiful baby.”

The LEGO Movie 2: The Second Part picks up just after the original’s ending of Will Ferrell telling his son Finn (played in both films by Jadon Sand) that his little sister, Bianca, was going to be allowed to play with the LEGOs as well, and her adorable DUPLO creations arriving to “destwoy” Bricksburg. The LEGO characters begin a journey into Bianca’s play universe comprised of 11 radically different play planets, collectively known as the Systar System.

The LEGO Movie 2: The Second Part stars Chris Pratt, Elizabeth Banks, Tiffany Haddish, Will Arnett, Stephanie Beatriz, Charlie Day, Alison Brie, Nick Offerman and Maya Rudolph. The film is produced by Dan Lin, Lord, Miller and Roy Lee, the team behind the LEGO film franchise, and by Jinko Gotoh. Patrick Marc Hanenberger is the production designer, and Claire Knight is the editor. The music is composed by Mark Mothersbaugh.

Co-director Trisha Gum brought plenty of stop-motion expertise to the movie, having previously worked on projects like Robot Chicken and the acclaimed Amazon kids’ series Tumble Leaf. Gum’s role in the movie included everything from working with actors in the recording booth, to working with Mitchell, Lord and Miller on editorial, and overseeing production in Vancouver at LEGO franchise veterans Animal Logic’s new facility there.

Gum especially relished the prospect of bringing to life Bianca’s worlds. “She’s really crafty, plays with LEGO, but also likes to do mixed media, as most little girls do,” she says. “We really wanted to make this feel handmade and crafty, and so there’s a lot of cut paper and fabric and things like that, that really give it a more multimedia kind of feel to it.”

The goal was to convey the idea that Bianca is doing everything in her world, from puppeting the characters to moving the fabrics. And then LEGO had to be incorporated into that. One example was creating a look for sky and particularly water in the Systar System using fabric. “Water was a big thing that we had to R&D because it comes out of fountains and sometimes it leaks or the characters are interacting and swimming in it,” Gum says. “We had to figure a way to move the fabric so it felt like a little child’s hands were actually touching it.” LEGOs were incorporated to the mix as bubble effects and splashes.

One element the sequel is unable to replicate is the original’s twist, which revealed that the entire movie had taken place in the mind of young Finn, playing with his father’s off-limits collectible LEGO sets in the family basement. The clash between father and son — and collectibles versus toys — gave the film an unexpected emotional grounding in the real world.

Mitchell says the sequel doesn’t have that same type of twist, but it does expand on that element of the plot, introducing Bianca and mom and an older Finn, who’s not quite sure it’s OK to still play with LEGO.

”It’s really exploring, when we get older, how much of [all those things that inspired us as kids] that do we hang onto?” says Mitchell.

Animating the mini-figures under LEGO rules is always a challenge, but it’s one that the animators have gotten better at over time. “What Mike and I say is, less is more,” Gum says. ”An animator could do a really subtle eye dart or a really subtle blink that is a lot more effective than having a million different things on a character’s face move. A lot of times, the simplicity really works in our favor.”

Working with the folks at LEGO was another major factor in the making of the film, enforcing rules about how the toys could look and move that at first seemed restrictive, but later forced creative solutions that made the movie better, Mitchell says. “I have to credit LEGO and how strict they are. The limitations lead to creativity in a cool way.”

This was most clear with the use in the movie of toys from the girl-oriented LEGO Friends line, which uses mini-doll figures that bend at the waist, but the legs do not bend at the knee or move separately. “Our animators just figured, OK, we’re going to figure out a way to move them so they don’t ever have to bend their legs, and amazing creative solutions come up to these issues.”

“Also, their wrists don’t rotate, but they have more expressive faces and noses, so we really leaned into those limitations,” says Gum. “The animators were able to come up with beautiful things and actually seeing the difference in the way they move is really charming.”

Perhaps the most unusual character in the movie is Queen Watevra Wa-Nabi, ruler of the Systar System and voiced by Tiffany Haddish. “She’s just like a pile of bricks,” says Mitchell. “She can turn into whatever she wants to, but we’re challenged to only use the bricks that we have in her body. And to see all the different shapes that she can become has been amazing.”

“You can do a lot of cool things with replacements and that’s a really fun one for the animators to play with because it’s feels very stop-motion,” says Gum. ”You can replace as many bricks as you want sometimes with those things and get really great performances out of it.”

A Wild Mix of Styles

Telling a story this way requires more than one form of animation. Mitchell says sometimes they are trying to be as smooth as possible, and others going for more of a child-like stop-motion feeling in which they shoot on twos, threes and sometimes even fours. “There’s a third form of animation that I almost don’t want to even get into, when these minifigs journey into the live-action world,” he says. ”It’s the most fun, weirdest, funkiest, most creative way that they move, that everyone has to just go to the movie to see it.”

Mitchell credits Gum, Hanenberger and animator Dave Burgess, who also worked with Mitchell on Trolls, for coming up with different looks for each of Bianca’s play planets.

“I think the effects guys had a really good time, too, because most of them are really trapped into doing things on a screen. The wonderful thing about LEGO and this crafty way we started to explore it, is suddenly all of our effects guys had their crayons out and they were literally drawing on paper for sequences of the film,” Mitchell says.

That room for experimentation has made the film an extremely satisfying experience for Gum. “Creating Bianca’s world, for me, was so satisfying and I feel very proud of it,” she says. “I wanted a female voice to be heard and Bianca’s voice to be really strong and unique in this film, and I think we’ve done that as well as keeping the charm and integrity of the first LEGO Movie — of Emmet and all his friends that come back. I think it has a beautiful mix of what we all loved about the first LEGO Movie, and then just gave it whole new unique look and another point of view.”

Warner Bros. releases The LEGO Movie 2: The Second Part in theaters on February 7. 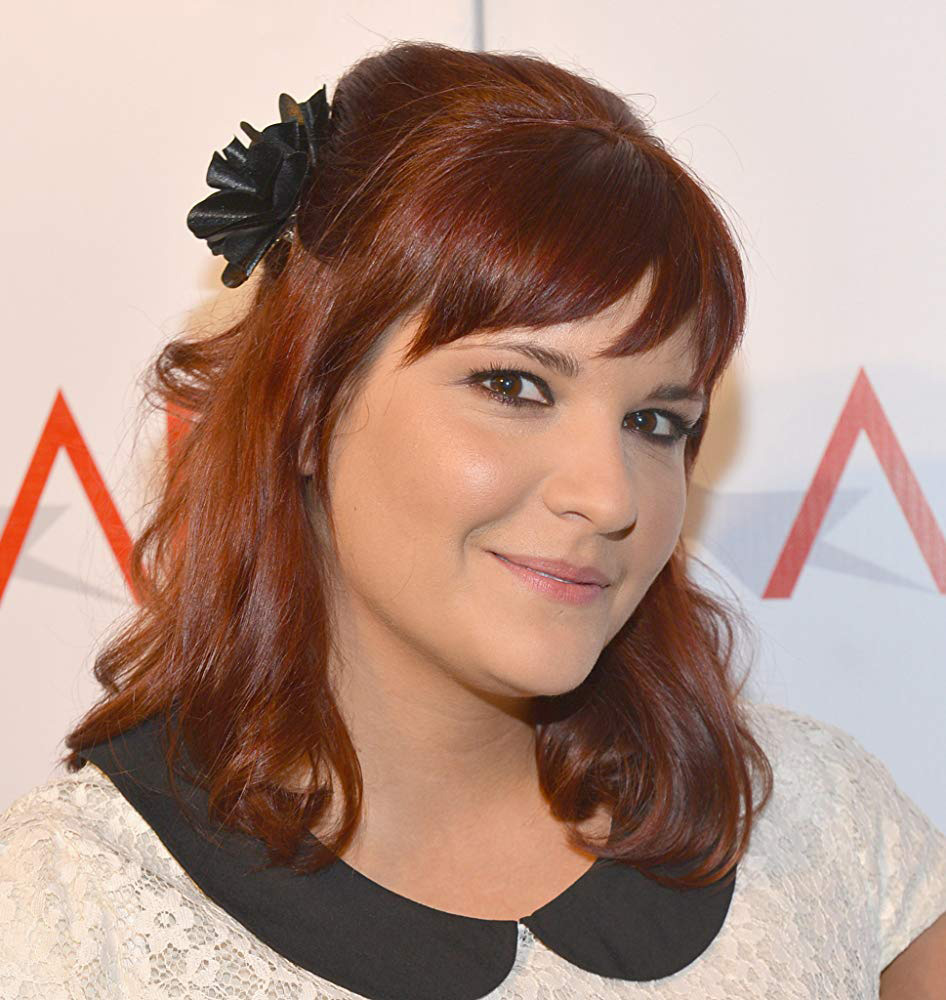 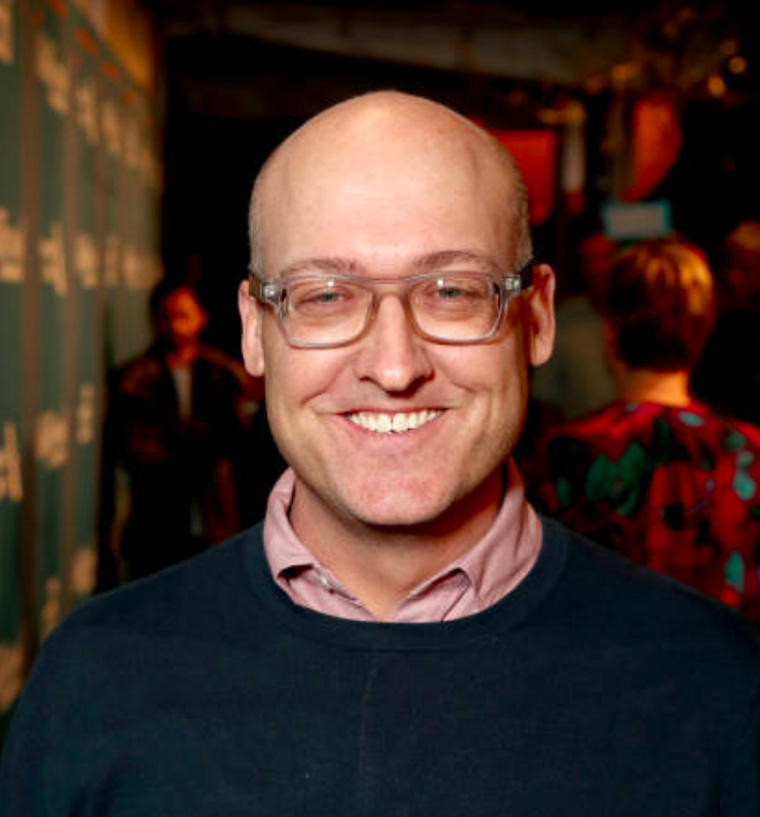