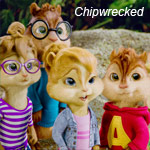 The CG-animated singing critters are back and in excellent form in the new family movie Chipwrecked.

The Chipmunks first rose to international fame in December of 1958 with their  holiday novelty song “The Chipmunk Song (Christmas Don’t be Late).” So it’s only fitting that moviegoers have become accustomed to seeing them on the big screen around the holiday as well.

This year’s threequel, Alvin and the Chipmunks: Chipwrecked finds Ross Bagdassarian’s singing critters, along with their female counterparts, the Chipettes, marooned in a tropical paradise. As expected, all kinds of crazy shenanigans and modern song stylings are part of this crowd-pleasing outing, which also brings back Jason Lee as David Seville and David Cross as the nefarious Ian Hawke.

Directed by Mike Mitchell (Shrek Forever After), the film has over 900 CG shots—about 200 more than the 2007 sequel—or as animation director Kevin Johnson likes to say, “it has wall-to-wall chipmunks.” Johnson, who has a long history of working on classic animated movies such as FernGully, Cats Don’t Dance, The Iron Giant and The Tigger Movie as well as CG heavy projects such as Stuart Little 2, says the film managed to offer some surprises for the fans, although it’s still a classic family comedy. 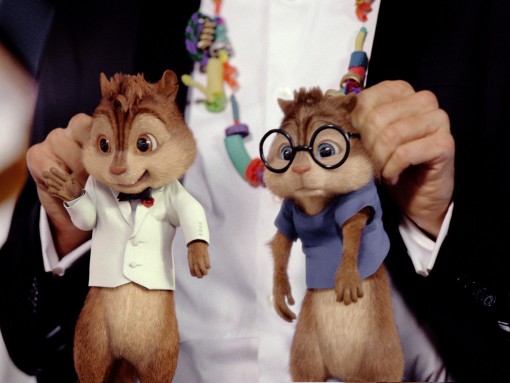 “I think you’re going to find out that the characters are much more defined in this one. They are actually more antagonistic towards one another, and they end up going through huge changes in the movie. Alvin (voiced by Justin Long) realizes that the world doesn’t revolve around him!”

A father of three girls, Johnson says he was thrilled when Mitchell brought him to oversee the tricky CG animation. “I could really relate to the family dynamics and totally understood how kids are always trying to push the boundaries when they’re growing up,” he says. “This movie was all about that.”

Since the chipmunks are the main characters in the movie, there are only a few sequences that were pure live-action. That’s why Johnson and the artists at Rhythm & Hues — who worked from the El Segundo, Calif. studio as well as the Mumbai and Hyderabad locations — had a lot of work on their hands. Although the studio had animated the characters for the two other previous movies as well, Johnson and his team had to go over the models and update them in terms of rigging and sophistication.

“The great thing about this project was that the director and I come from the same background, so we set out to board the entire movie,” notes Johnson. “We wanted to know exactly what our shots were going to be, so we hired a few storyboard artists, and on shoot days, we had the boards pinned up so we knew precisely what we were doing.”  He also adds that he was fortunate to be able to handpick a couple of animation directors, who were his students at Cal Arts. “Over the past 15 years, we have seen so many changes in the business,” he notes. “The world has gotten so much smaller, thanks to our satellite studios in other countries. There is also the desire to do great work in this medium, and there’s so much diversity in terms of styles and content.” 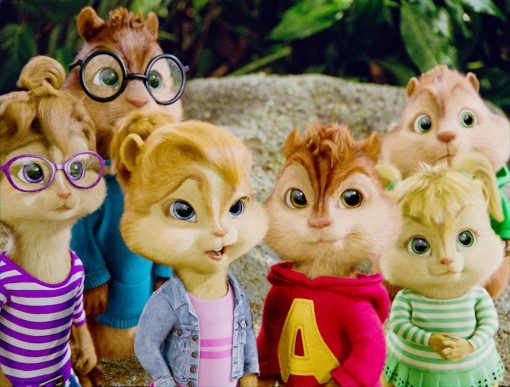 Although Johnson has been told to not reveal too many of the secrets of the movie, he does tell us that a couple of additional animated characters also share screen time with the rodents.

“I can tell you that you have never seen these chipmunks like this before,” he says. “I love the fact that when they get on this island, their world becomes undone, and we’re taking them back to the wild.”

Despite how some animation purists scoff at the CG-hybrid family movies, Johnson says he’s truly proud of the exceptional work he and his team have delivered on Chipwrecked.

“The Chipmunks are a very wholesome brand, I grew up with these characters,” he says. “When all is said and done, the franchise is all about family. As a parent, when my kids were younger, I was dying to take them to something that would entertain them, and wouldn’t bore me out of my skull. For this movie, the animators were able to really raise the bar, especially during the spectacular dancing sequences. I have to admit that I get choked up at the end of the movie myself!” 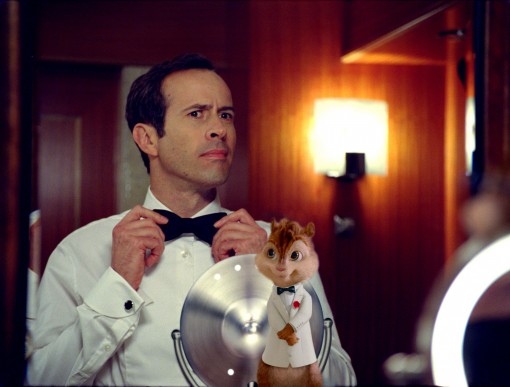 Warner Bros.’ Alvin and the Chipmunks: Chipwrecked opens in theaters on December 16.