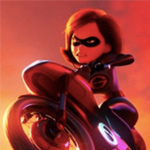 As of Sunday morning, Disney/Pixar’s phenomenal movie The Incredibles 2 was on its way to bring in a grand total of $180 million at the box office. Brad Bird’s much anticipated sequel to the 2004 movie easily beats the record for best opening of an animated movie, which was held by Finding Dory ($135 million) as well as become the best debut for a PG movie ever, as well as the 8th best opening of all time. Since Sunday is Father’s Day, industry analysts are expecting the movie to bringing in at least another $50 million. The first Incredibles movie grossed $261.4 million.

In related news, the movie was also in the news because of its use of strobing lights. Some moviegoers have been reporting that the film has sequences featuring strobe/flashing lights that might harm audiences with epilepsy or those have a chronic illness that makes them sensitive to these effects. One of the sequences last for about 90 seconds. Some are hoping that Disney/Pixar and theaters will issue a warning that the movie contains strobe light-heavy sequences.

For the seventh time in the history of the studio, Pixar received an A+ CinemaScore for the movie. Critics have also already embraced The Incredibles 2. The movie has received a 94% positive score on Rotten Tomatoes. Here is a sampling of critics’ take on the movie:

Glen Weldon of NPR writes, “Once again, the action is fittingly spectacular, the music is great, and the whole thing looks fantastic,” while Joe Morgenstern of Wall Street Journal points out that it is “a great-looking sequel about the importance of family, and the potential for revenue.” Stephanie Zacharek of Time Magazine notes, “Even in the midst of its many boundless pleasures, Incredibles 2 charges us with a mission that’s not for the faint of heart: to choose to look at one another instead of being fixated on the screens all around us.”

Variety’s Owen Gleiberman is a bit less impressed. He writes, “Brad Bird’s sequel to his superhero-family Pixar classic doesn’t build on the first film so much as dutifully replay it. It’s fun, but far from incredible.” The Hollywood Reporter‘s Todd McCarthy gives a more glowing review. “Boosted by central characters that remain vastly engaging and a deep supply of wit, Incredibles 2 certainly proves worth the wait, even if it hits the target but not the bull’s-eye in quite the way the first one did. It remains to be seen whether everyone who loved the original when they were 6 years old and is now 20 will rush out to catch this follow-up, but there’s plenty of crackling entertainment value here for viewers from 5 to 95.”

You can read more about the making of the movie here, and watch the latest trailer here. 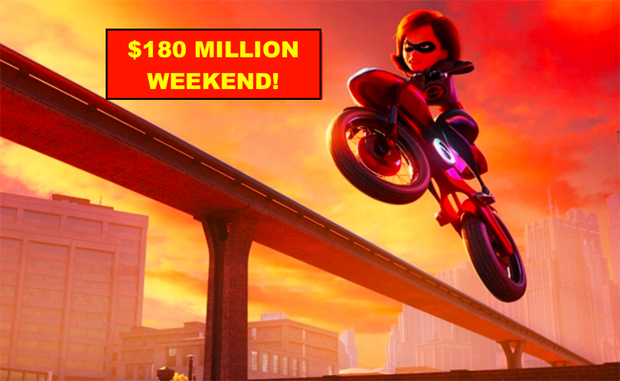