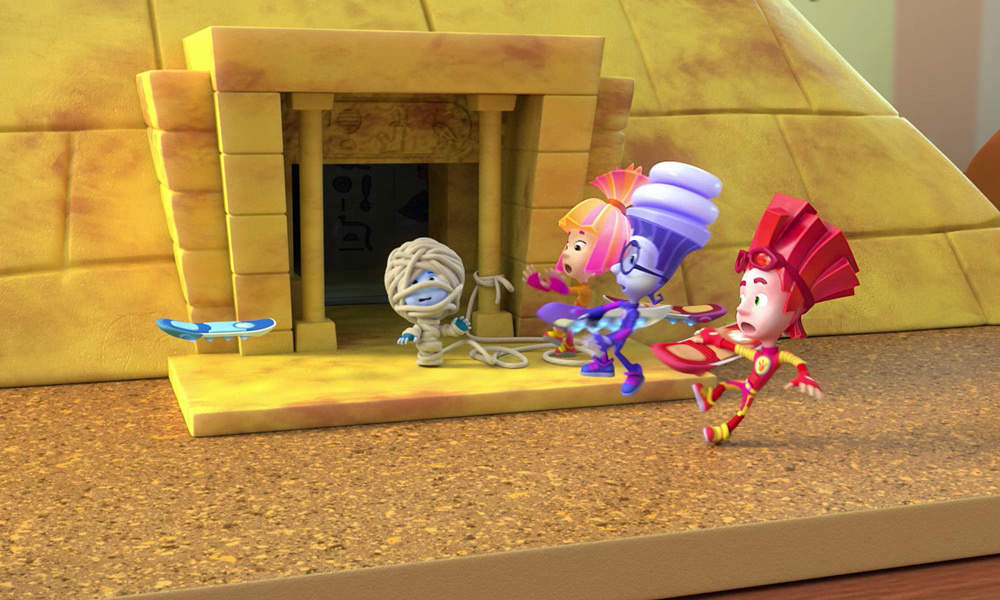 ***This article originally appeared in the October ‘19 issue of Animation Magazine (No. 293)***

It has been over 14 years since Moscow-based Aeroplane Productions began development work on a property that proved to be a huge global success. After purchasing the rights to children’s author Eduard Uspensky’s The Wee Warranty Workers, the team at Aeroplane introduced the world to The Fixes, a race of miniature repairman who secretly live inside our machines, appliances and devices, conscientiously maintaining and repairing them with the aid of their tool-packed pack-o-mats.

The Fixies were first launched as a TV series in late 2010, and the franchise has continued to grow year after year, not only as one of Russia’s biggest animated brands of all time, but as an international IP that continues to penetrate new markets. Beyond the series and features, the brand boasts a robust book and magazine program with hundreds of titles, thousands of licensed products, live stage and ice shows, games and apps, and massive digital success with more than 15 billion views around the world.

“As independent producers, we are very proud of the step-by-step approach we have taken growing The Fixies first domestically and then internationally,” says Michael Mennies, Aeroplane’s producer and director of international productions. “Our general approach is actually straightforward. First, we grow the various components of our 360-degree hit brand at home, and then we can make those new aspects of the brand available to the international market.”

Julia Sofronova, Aeroplane’s managing director, says the show became a hit in Russia in the first few years despite the limited number of episodes. “It wasn’t until 2014 when we finally had 104 episodes (26 half-hours) that we could really start making inroads internationally,” she notes. “Our latest episodes (105 to 130) are currently broadcast on the U.S. network Kids Central in English as well as Spanish (SAP) and Tencent’s QQ platform in China.”

The Fixies is currently closing up the financing for the production of its fourth season (episodes 157-208) with the goal of starting production in 2020. In addition, the show has welcomed over 80 companies as licensees and has been dubbed into more than 20 languages worldwide. It should also be noted that the show has performed very well in China: The first two seasons have premiered on CCTV, while season three is scheduled to air later this year, followed by a number of other Chinese broadcasters. The show is also hugely popular online in China with over 11 billion views on Tencent, IQIYI, Youku, Future TV and others.

Meanwhile, the first Fixies movie sold to more than 40 countries and made over $8 million, and became the most successful Russian produced CGI film of all time in the country in 2018. The sequel, titled The Fixies vs. Crabots, will be released by Central Partnership on December 26 of this year. The 85-minute, CG-animated feature finds Professor Eugenius in great danger as his college sweetheart Erica threatens to reveal to the world that he got help from the Fixies in beating her out of their university’s top prize. Erica then challenges the Professor to a new competition, but this time she is aided by helpers of her own — the miniature robotic crabs known as the Crabots!

Erica’s fascinating new helpers will be the stars of their own animated series as well. Aeroplane is developing a new 104 x 7’ series titled The Crabots, which follows Erica’s team of tiny team of AI robots, her helpful teenage niece Martha and her best friend, the scheming and misguided Gordy. Mennies and his team are working on a few pilot episodes and are actively seeking co-production partners for the show. They will be bringing the show to MIP Junior in Cannes and MIP Cancun later this year.

We ask Mennies why he thinks The Fixies have captured the imagination of young audiences worldwide. He responds, “I think the Fixies’ mythology has a universal appeal because it adds humanity and humor to what we often see as a cold, techno-centric world. No matter where you live, there is little difference in what a computer, telephone, television, or washing machine looks like. All of us are trying to figure out our relationship with technology. Since Fixies live inside of our gadgets and take care of them, we can find comfort in the idea that there are always kind-hearted Fixies nearby helping us.” 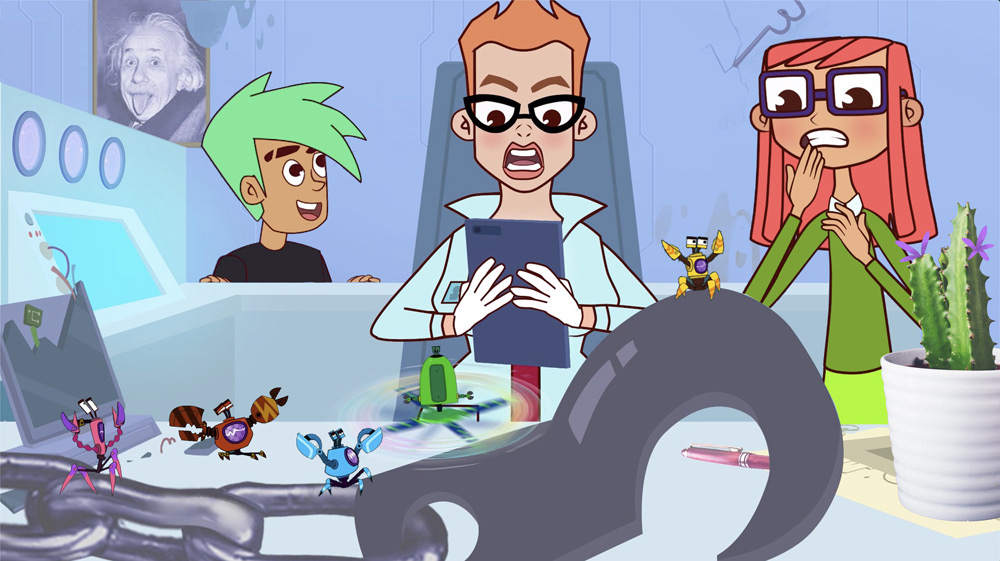