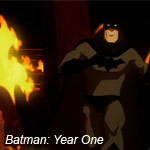 Many comic-book readers agree that one of the medium’s very best years was 1986, the year that saw the publication of such masterpieces as Watchmen and Elektra: Assassin. For many fans, the year’s real gem was a four-issue run by Frank Miller and artist David Mazzucchelli called Batman: Year One.

Published first as four regular issues of Batman and later as a graphic novel, Year One told the tale of Bruce Wayne’s earliest days as Batman, including the establishment of his crucial relationship with Gotham City police Lt. James Gordon. While Bruce Wayne struggles to learn how to be a caped crime fighter, Gordon struggles with the rampant corruption of Gotham City. 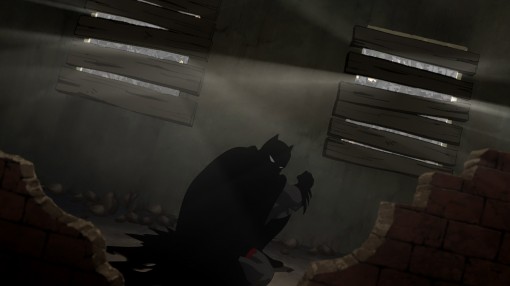 Now, 25 years later, the influential tale is coming to animation in a home video feature that premiered at Comic-Con International in San Diego in July and arrives on DVD, Blu-ray, OnDemand and digital download Oct. 18.

Adapting so well known and respected a story offered plenty of challenges for the crew, which was lead by co-directors Sam Liu and Lauren Montgomery. Both are veterans of the animated DC Universe and previously worked together directing Justice League: Crisis on Two Earths. 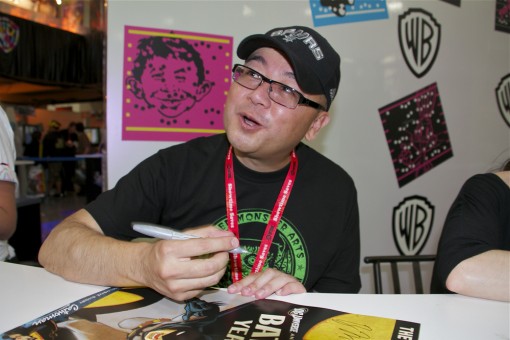 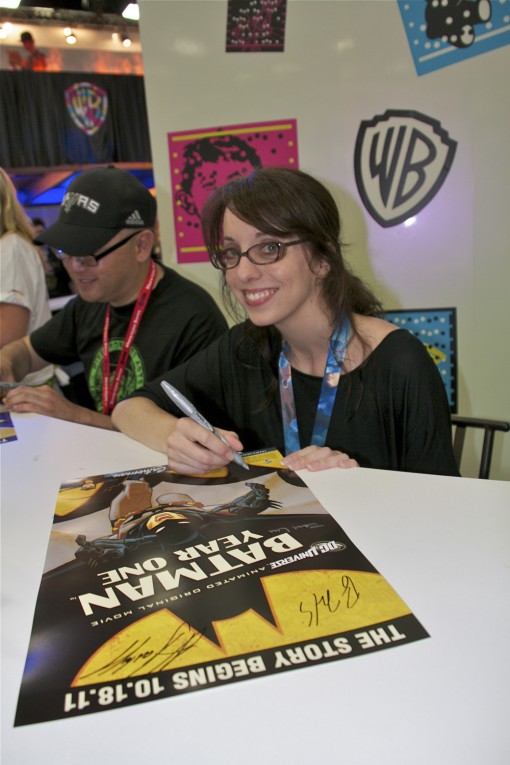 Liu says he and Montgomery had to find a new way to work on Year One. When production started, Liu was finishing post-production on All-Star Superman while Montgomery was wrapping Green Lantern: Emerald Knights. So at first, tasks went to whichever of the two had a moment when decisions needed to be made.

“Whoever was available would just start at the top of the list and go down as far as they can,” says Liu. Their collaboration become closer as production proceeded, with both directors watching and reviewing animatics of the movie. 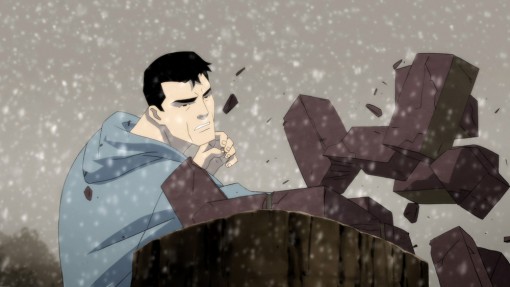 While previous DC Universe adaptations have needed to trim the original comic-book story lines to fit the typical 75-minute running time, the streamlined story for Batman: Year One was adapted very faithfully and still came up short, Liu says. The movie still came in at about 65 minutes, which left room in the schedule for an original Catwoman short that will be included in the release.

Liu says many of the action sequences from the comic ended up very brief when storyboarded, and had to be expanded to not be too brief for an animated feature. 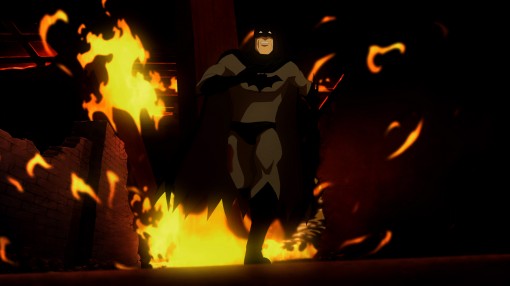 One sequence that exemplified the difficulties was one in which Batman makes one of his first attempts at fighting crime. He attacks a trio of burglars on a fire escape and the entire battle takes as long as it does for a dropped television to hit the ground. It worked well in the medium of comics, where time is flexible, but took some effort to make work in animation.

“Once you have something in motion, once it starts dropping, you’re on a clock, this kind of intuitive kind of clock,” says Liu.

Batman: Year One was animated by MOI Animation in Korea, which gave the story more of an anime style than the original comic book had. Liu says the animation had to be updated to meet modern expectations in a number of ways. 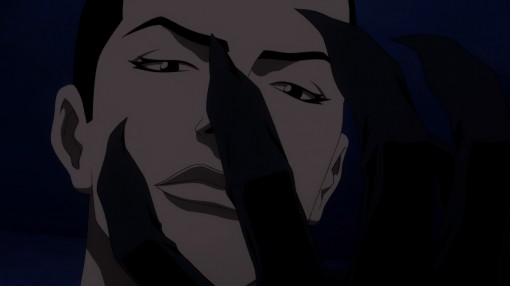 “People want to see more combo movies,” he says. “They want to see almost like a ballet kind of choreographed fight and I just think that stuff that passed in the 1990s doesn’t really fly anymore.”

A more modern style also was needed because the comic version of Year One was so popular that elements of it have shown up in other Batman projects—most notably in the Christopher Nolan live-action films, Liu says.

The characters had to sound great as well as look good. Voice casting director Andrea Romano is a veteran of animated DC projects all the way back to Batman: The Animated Series. Having cast the role of Batman many times now, Romano says she takes the responsibility very seriously. 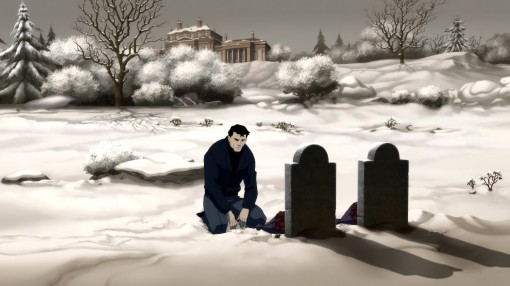 “It’s such a well known character,” she says. “Everyone has a very specific idea of what Batman should sound like.”

Romano says she takes her initial casting cues from Warner Bros. and DC, which often decide whether to go for a new take on the character or to seek a classic sound from a previous Batman actor.

In the case of Batman: Year One, it was decided to seek out a younger voice to match the character’s situation. Ben McKenzie. who is best known for live-action roles on the TV series The O.C. and Southland, turned out to be the right man for the job, Romano says. 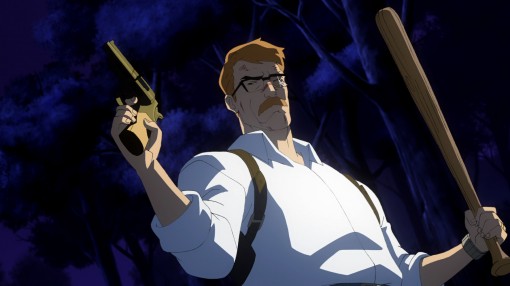 “He’s tough. He’s got a youthfulness to his voice, but there’s a strength to his voice as well,” Romano says.

Playing the key role of Lt. James Gordon is Bryan Cranston, a veteran TV actor and Emmy-winning star of the hit AMC series Breaking Bad. “We’ve offered him jobs in the past, and his schedule didn’t allow it,” says Romano. “It’s the young James Gordon, and even as a relatively young man, he’s world weary. “

The role of Catwoman went to Eliza Dushku, best known for the TV series Buffy the Vampire Slayer, Angel, Tru Calling and Dollhouse. Romano says Dushku had a particularly difficult task on the Catwoman short film. 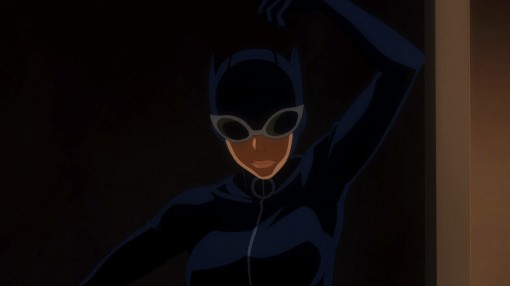 “That piece has a tremendous amount of physical action for her,” Romano says. “She is leaping on cars, tumbling on the pavement. Her ADR was remarkable—she gave full effort to it.”

Rounding out the main cast is Battlestar Galactica favorite Katee Sackhoff, whose Det. Sarah Essen tempts and tests the resolve of married father-to-be Gordon. “It’s not a huge role, but it’s really key,” says Romano. “You have to think about what it would take to get someone like Gordon to risk his job and his marriage. There has to be something appealing aside from the physical appearance.”

Based on the reactions of fans who saw the finished film early at Comic-Con in July, Batman: Year One will be a hit when it arrives in October. “When you show it at conventions, it’s always a treat because you have hard core fans there,” says Liu. 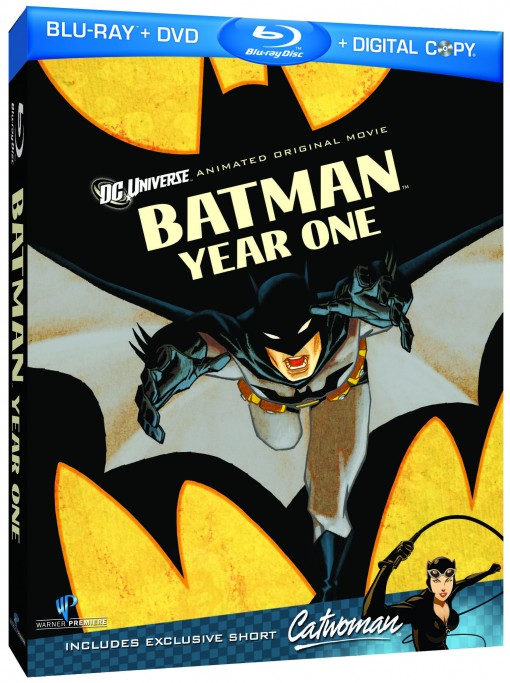 Warner Bros.’ Batman: Year One will be available on DVD, Blu-ray and Digital Download on October 18.