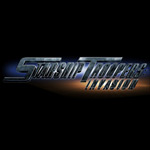 Director Shinji Aramaki and exec producer Casper Van Dien take us back to the world of Verhoeven’s classic with the new CG-animated movie Starship Troopers: Invasion.

It’s been 15 years since Paul Verhoeven’s Starship Troopers captured the imagination of fantasy and sci fi lovers with its depiction of a stark militaristic future and those disturbing giant alien bugs. This month, fans can take in a fantastic CG-animated, mo-cap sequel of sorts to the movie, directed by Shinji Aramaki (Appleseed, Halo Legends) and produced by Casper Van Dien (the star of the original movie) and Edward Neumeier (Robocop movies, Starship Troopers).

In this visually striking adventure, Johnny Rico is now a high-ranking (eyepatch-wearing) general in the Terran Foundation and the creepy Carl Jenkins is more powerful than ever before as the Minister of Paranormal Warfare. The plot gets rolling when a distant Federation outpost, Fort Casey, comes under attack by bugs and the team on the fast attack ship Alesia is assigned to prevent a brain bug-controlled starship from crashing into Earth.

For Aramaki, who has become a master of futuristic animated features in the past few years, the chance to design a fantastic power suit for the soldiers held a huge draw. 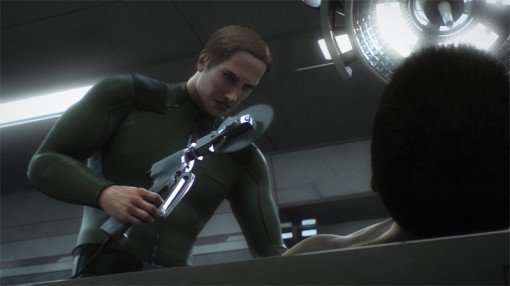 “The concept of a weapon to wear, i.e. a power suit, was very fresh and unique for me,” he explains. “The power suit design illustration of the Japanese edition of the Heinlein [Starship Troopers author] novel was fascinating to me. Of course, I was also drawn to the big-scale, unique vision of Paul Verhoeven’s film with those menacing bugs.”

Van Dien says he was also thrilled when he was asked to exec produce this new take on the popular property that really launched his film career.

“For me it was a great opportunity to help behind the scenes, go to meetings, check out the rough cuts and be part of this amazing universe again,” says the actor/producer. “I used to live in Japan when I was a young kid and loved this Japanese series called Kamen Rider. So I have this affinity for Japanese anime and manga. I was also familiar with Shinji’s work as well, so I knew it would be a great production to collaborate on.” 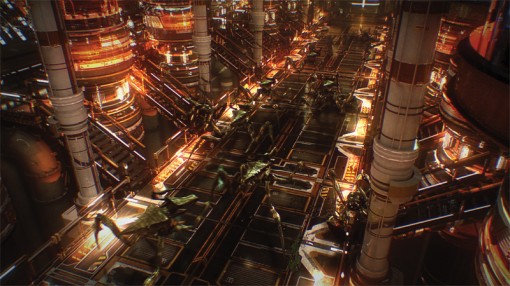 The actor says he is really fond of the power suits the characters wear in this new animated world.

“I think the suits, the weapons all look really fantastic,” he notes. “As I was watching the film, I kept wishing that we could have worn them in the live-action version!” 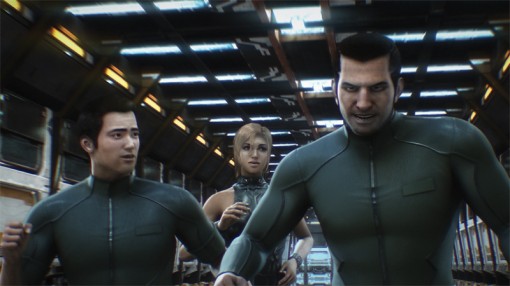 “When I worked on Appleseed, it was based on a Japanese comic, so we created that world with a Japanese anime look in mind,” he adds. “Since this project is a sequel to a live-action movie, we went for photo-realistic looks, movements and expressions. We used motion-capture cameras and tools along with animation tools such as Autodesk Maya, XSI, Max and MotionBuilder.”

One of the biggest challenges for Aramaki and his team was finishing the film under tight deadlines as well as maintaining the high animation standards demanded by today’s audiences.

“We had to work hard to improve the facial expression of the characters, depict the starship’s explosions realistically and to bring to life those familiar bugs.” 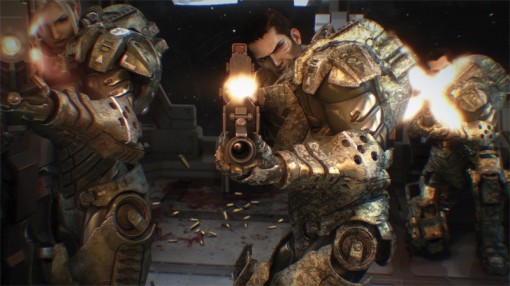 Fans will be relieved that the film’s producers and director took extra measures to stay faithful to the original 1959 novel by American science fiction writer Robert Heinlein. Aramaki re-read the book right before starting the production. He also re-watched all three live-action films. “I also checked some scenes many times, especially the ones with the bugs,” he adds.

Van Dien is also a huge fan of Heinlein’s source material. The son of a U.S. Navy commander and fighter pilot, he read the book when he was attending the Admiral Farragut Academy in Florida.

“It’s mandatory reading in many different military academies,” he says. “We all read it and it is pretty powerful. I just feel very lucky that this book and the movie have been such a big part of my life. When people recognize me, they often bring the movie up and give me Starship DVDs to sign. As an actor, you always want to be in movies that affect people, and Starship has been that kind of a project for me.” 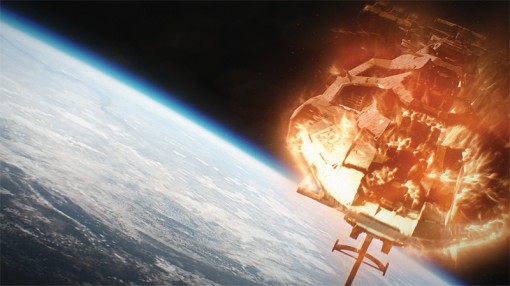 Of course, one can never overestimate the power of those gigantic bugs.

“The bug is designed as a vicious, but somehow cool creature,” says Aramaki. “So that’s even a more difficult task to convey than other alien movies. In the end, we know that we have to kill these aliens no matter what. That very clear and simple premise is probably what makes it such a great, straightforward entertainment for us.”

Sony’s Starship Troopers: Invasion will be available on DVD and Blu-ray on August 29. 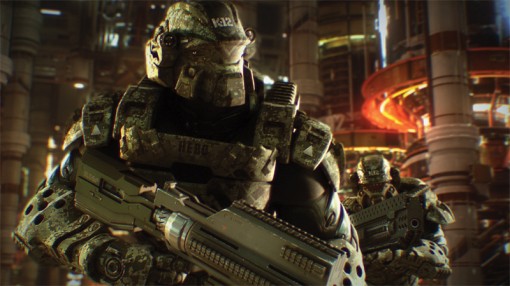 Win This ‘ParaNorman’ Zombie Survival Kit!
A Cutting-Edge Valentine to a Gone-by Era