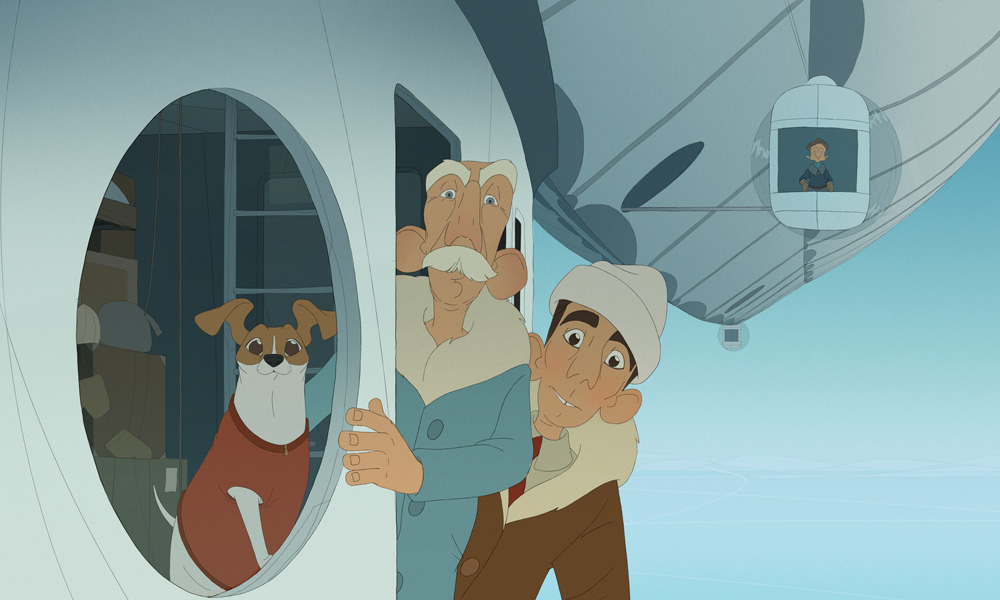 It’s an unusual meeting of mammals in the newly released teaser for Titina, an upcoming Norwegian-Belgian animated feature loosely based on the true story of “the world’s first four-legged celebrity.” In the spot, debuted through Screendaily during the Cannes film market, the titular terrier encounters a mighty whale from the bow of an arctic-bound airship.

Marking the feature directorial debut of innovative animated short filmmaker Kajsa Næss (It’s Up to You, Deconstruction Workers), the movie is inspired by the true story of a fox terrier named Titina who became the most celebrated canine of the 1920s when she joined her human, Italian aeronautic engineer Umberto Nobile, and Norwegian explorer Roald Amundsen on an expedition to the North Pole. Titina reimagines this journey to a decidedly lapdog-unfriendly environment through the pup’s point of view.

The €8.5 million film is produced by Oslo-based Mikrofilm (Me and My Moulton) and co-produced by Vivi Film (The Triplets of Belleville, The Secret of Kells) with the support of the Norwegian Film Institute, Eurimages and Screen Brussels. Les Films du Losange in Paris is handling global sales.

You may also like...
Related Topics:Deconstruction Workers, Eurimages, featured, Film Institute, It's Up to You, Kajsa Næss, Les Films du Losange, Me and My Moulton, Mikrofilm, Roald Amundsen, Screen Brussels, The Secret of Kells, The Triplets of Belleville, Titina, Umberto Nobile, Vivi Film
Geographic Region:Europe