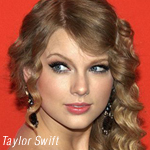 Illumination Entertainment is firming up the voice cast for its animated adaptation of Dr. Seuss’ The Lorax.

According to Variety, the studio that made Despicable Me has announced that singer Taylor Swift has joined the cast as Audrey. The cast so far includes Danny DeVito as the title character, with The Office star Ed Helms on board to voice Once-ler, Zac Efron as Ted, Rob Riggle and Betty White.

Lorax, the third feature from Illumination and Universal, is set to be released March 2, 2012.

Chris Renaud of Despicable Me is directing the film, which is being written by Cinco Paul and Ken Daurio. Producers are Chris Meledandri, Janet Healey. Audrey Geisel is executive producer.

You may also like...
Related Topics:Dr. Seuss, Illumination, Taylor Swift, The Lorax, Universal