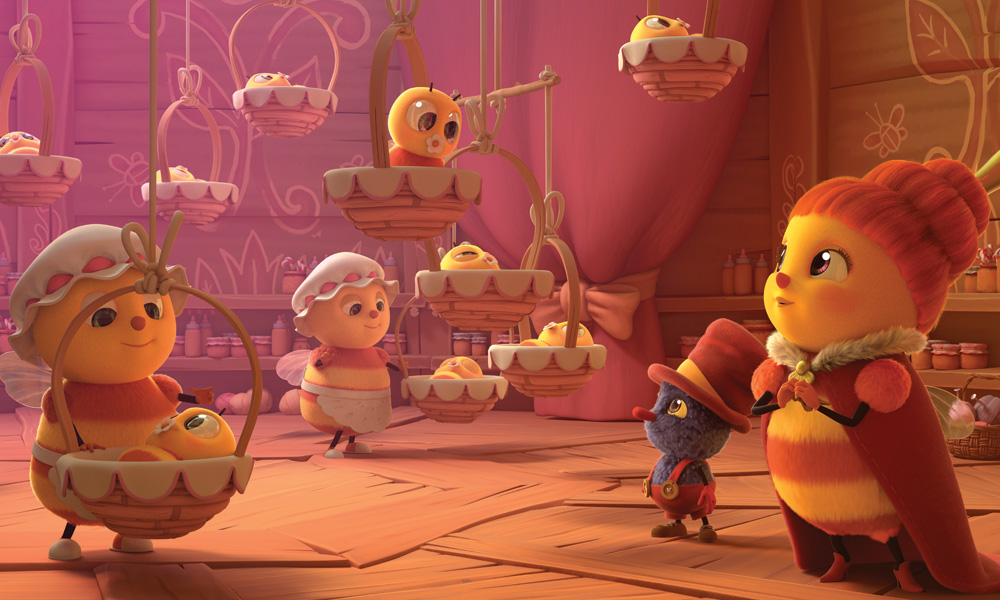 Two years ago, French audiences were treated to a charming CG-animated movie about a world of bugs, crickets, bees and other friendly insects. The movie, which is called Tall Tales (original title: Drôles de petites bêtes), is based on the works of celebrated French-Danish children’s author and illustrator Antoon Krings, and will finally arrive in U.S. theaters this month, courtesy of Viva Kids/DirecTV.

Produced by ON Animation (The Little Prince, Playmobil: The Movie), PGS, Bidibul Productions and Onyx Films, the movie centers on Apollo, a kind-hearted traveling performer cricket (voiced by Justin Long) who lands in the village of the Funny Little Bugs and has to save Queen Bee Marguerite (Kate Mara), who his kidnapped by her jealous cousin. The project, which is directed Krings himself and Arnaud Bouron (Super 4, Rabbids Invasion), targets younger audiences. With an estimated budget of $22 million, the team at ON Animation spent almost six years to come up with the best way to translate Krings’ hand- watercolor illustration into CG animation. 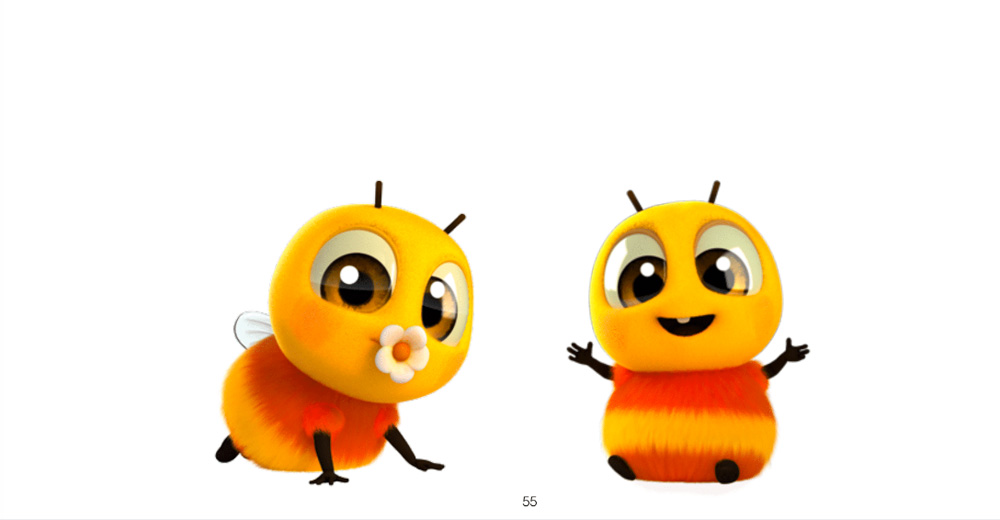 “Tall Tales brings back many of the memorable, classic stories we have all grown up with and shared with our children,” said ON Animation’s co-president and producer Aton Soumache. “This innovative movie will reinvent classic animation and bring this world of adventure to the high standard of CG animation.”

“Antoon Krings has been successfully reinventing the kids’ publishing world by bringing modern stories through a unique aesthetic that children and parents love,” says PGS president Guillaume Soutter. “The movie was inspired by the visual worlds of Beatrix Potter and Dr. Seuss, as well as classic Disney movies.”

In an exclusive interview with Animation Magazine, Krings says he was always looking for a universe populated by numerous characters to create a big collection. “The adventure of Tall Tales began 25 years ago with Mireille l’Abeille (Betty the Bee),” he recalls. “Starting with this little bee, I imagined a miniature world, a dream garden teeming with insects and small animals, with each story relating a new adventure. I was inspired by the gardens of my childhood and the animals that I observed there when I was little. The film provided me the opportunity to revisit my world through a great story.” 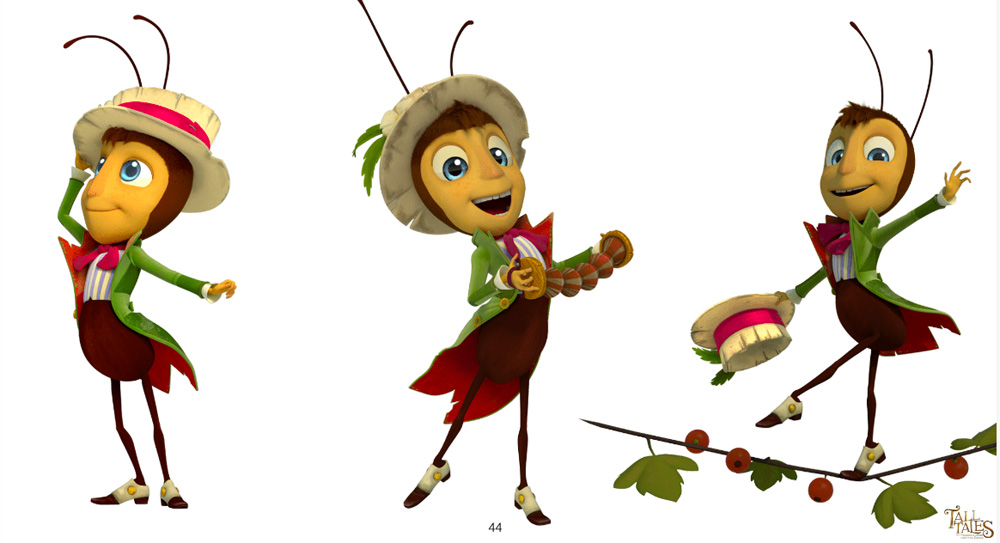 Krings says the project took shape over six years ago, when producer Soumache asked him to be involved with this movie. “He immediately proposed to have me fully involved in this project, from writing to creating the images,” says the author/director. “I obviously could not refuse this proposal. After a few writing attempts and some unsuccessful meetings, my editor introduced me to the writer Arnaud Delalande. We got along very quickly. His experience and outside perspective were invaluable throughout the writing phase, which lasted a little over a year. Then, we followed all stages of making the film by collaborating with the teams and the studio.”

The author says he was fascinated by the idea of adapting his lush watercolors to CG animation. “Interestingly enough, CG animation offered us infinite possibilities, the freedom of movement of the camera, the relief of the image, and this incredible light. However, I wanted to stay away from the plastic side of the CGI. That’s why we had to had to texturize the sets, characters, and props.”

He also mentions that one of the biggest challenges for him was not to let the technology override the emotions. “It was important for us that the animated film was a faithful adaptation of this world that I had created in my imagination,” he notes. “We didn’t want to betray that universe.”

A child of the ‘60s, Krings says he was hugely influenced by Disney’s classic animated movies. “Those movies were significant events for kids of my generation,” Krings recalls. “I remember Dumbo, Mary Poppins, The Aristocats and The Jungle Book with great fondness.”

The director says the film’s main visual inspirations came from the world of illustration. He explains, “For example, we took inspiration from William Morris’s Arts & Crafts motifs for the designs of the hive. We referred more to paintings than to films, with the goal of treating each shot as a painting, with a nuanced color palette, even impressionistic in style.” 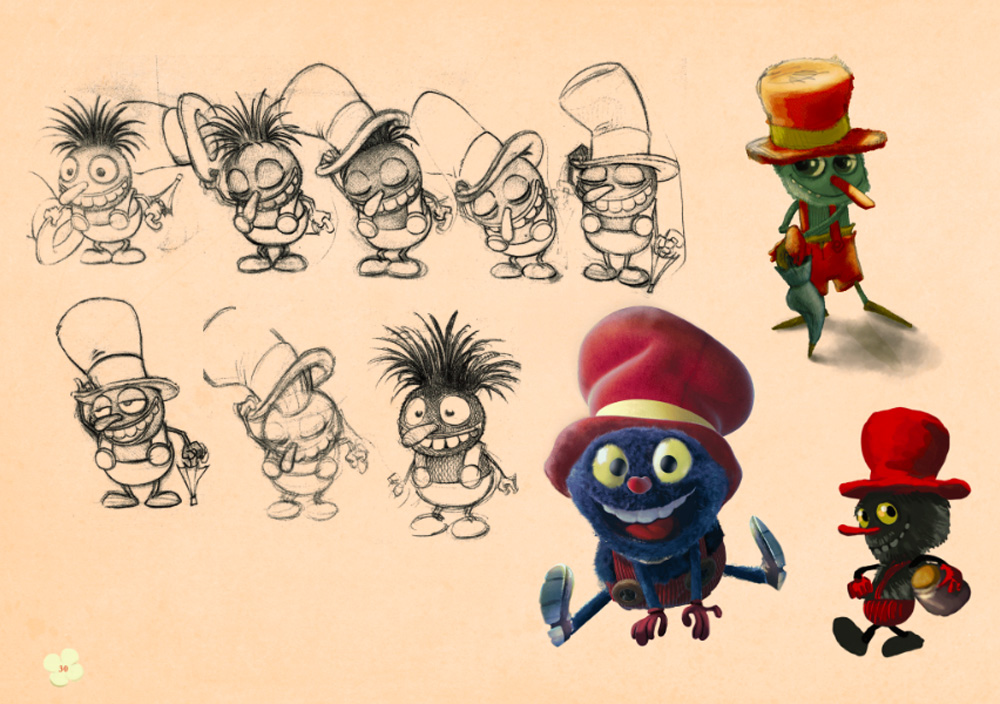 As the film’s co-director Arnaud Bouron explains, the animation team used classic Maya pipeline for modeling and texturing, in-house proprietary tools for character rigs and facial set-up, and Guerilla software for rendering. “We put a lot of effort in creating a hand-painted style of drawing using Photoshop and Mari software,” he notes. “All the tools we used were devoted to being faithful to the Antoon universe!”

Bouron points out that artistic development, storyboards, modeling and animation were done at the Paris studio, while layout, rendering and compositing were carried out in Luxembourg. “As a small production team, we work very closely together throughout the production process with a fantastic working team spirit,” he adds.

In addition to entertaining young audiences, Krings hopes they will take home some of the important lessons he often teaches with his book series. “This epic and romantic story speaks of courage, bravery, and power, and how their excesses can lead to chaos,” he expresses. “ It also depicts the fragility of nature threatened by the over-exploitation of its resources.”

Tall Tales opens in select theaters in the U.S. on January 11. 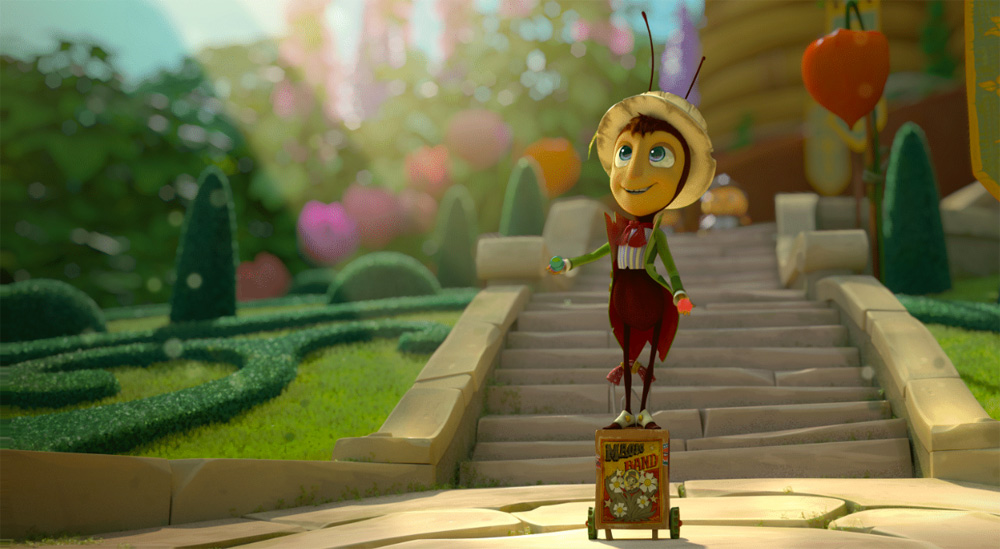 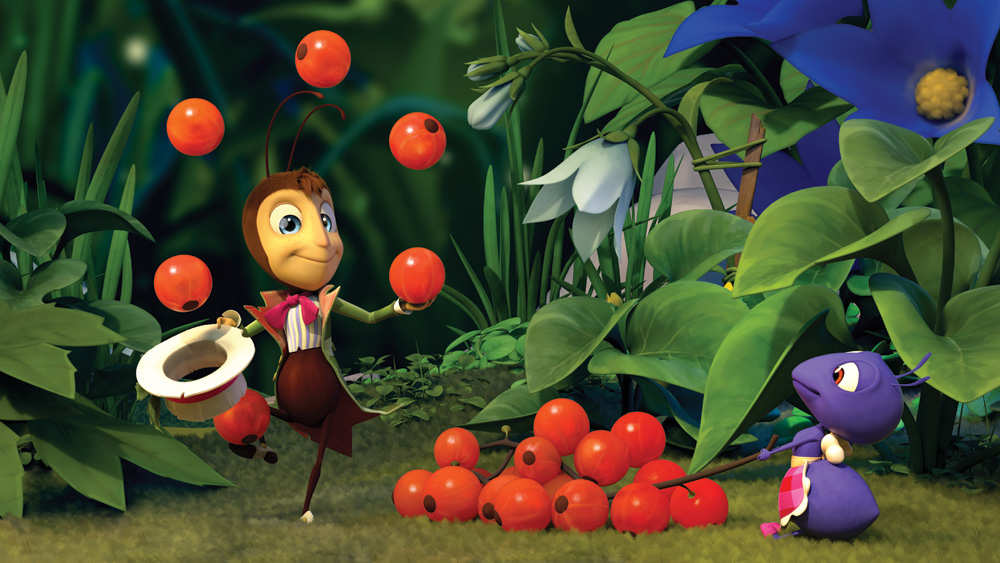 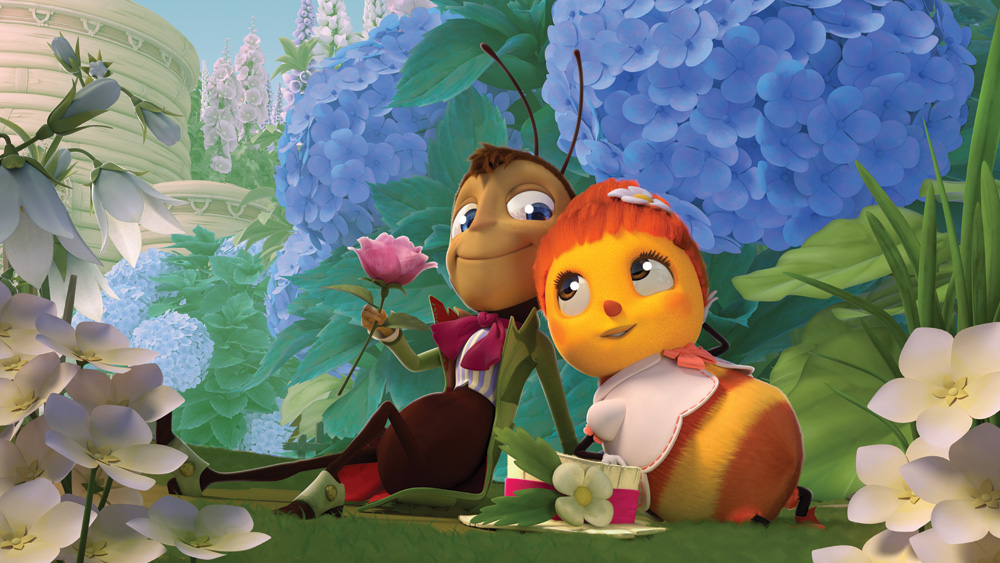 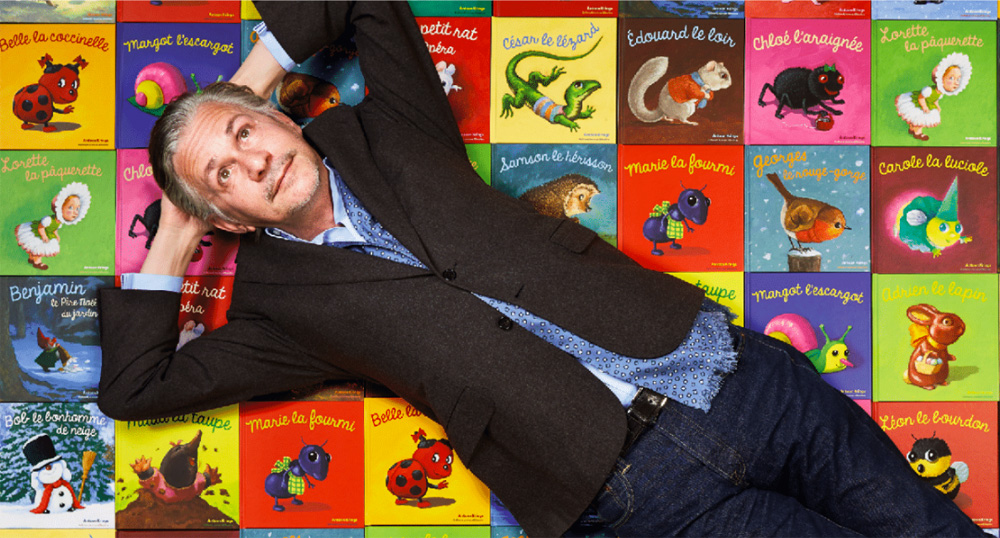