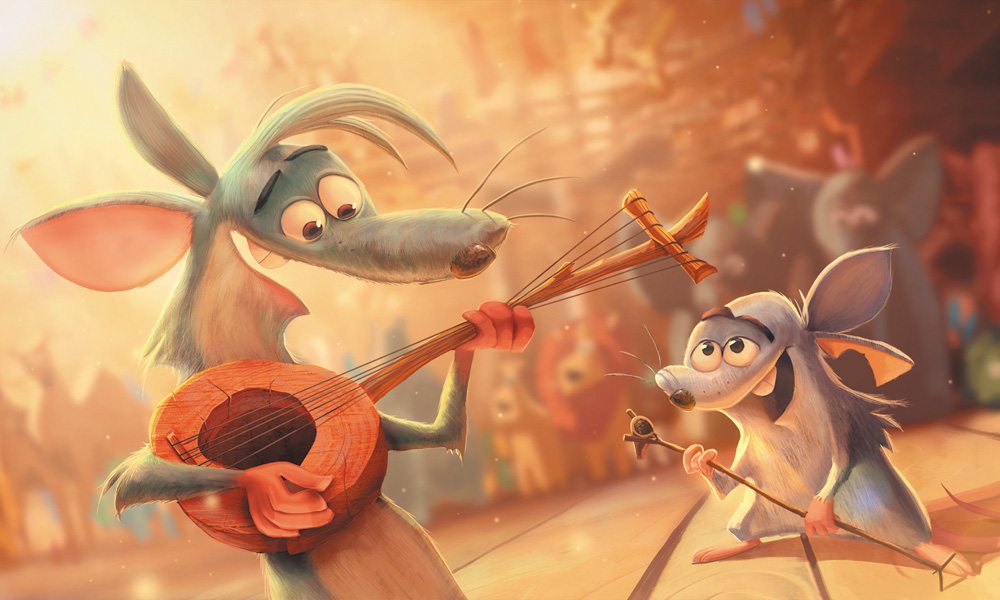 The film’s leading characters are two cute, free-thinking mice: Vini, a charismatic poet who suffers from terrible stage fright, and Tito, a talented musician who’s also naturally elegant and is inseparable from his guitar. To survive the great flood, they try to skirt Noah’s “one male, one female” Ark rule with Vini in drag (in an homage to Some Like It Hot), only to be found out and kicked off the ship. But, with the help of the ingenious cockroach Alfonso and a bit of good luck, Vini makes his way back on board. When food supplies dwindle, our two rodent heroes avert a showdown among the ship’s carnivores (led by the self-important lion Baruk) and herbivores (led by the hugely comical old goat Severino) with — what else? — a singing showdown with classic songs by Vinicius de Moraes!

Noah’s Ark has already inspired a strong response from the international market, with 20-plus international distributors signed on since CMG launched sales last year. The ambitious project is being directed by Sérgio Machado (The Violin Teacher), a longtime collaborator of Salles’, and will feature songs by famed Brazilian singer/composers Vinicius de Moraes and Tom Jobim.

CMG President Noeltner commented, “When I heard Fabiano’s pitch at Ventana Sur and then read the script, we were convinced Noah’s Ark would find audiences around the world. The film’s principal characters, two adventurous minstrel mice, embark on humorous new telling of the Noah’s Ark story with the amazing music of Vinicius de Moraes as a backdrop.”

Symbiosys Technologies learned of Noah’s Ark thanks to its co-production on another CMG licensed property, Salma’s Big Wish (Dia de Muertos), a co-production between the Indian studio and Mexico’s Metacube Technology & Entertainment in Guadalajara. During CMG sales efforts for Salma, Noeltner was approached by Symbiosys Technology’s Sumedha Saraogi, Director of Global Business, who immediately felt that they could also become a vital partner on Noah’s Ark.

“With the high level of 3D animation being delivered by Symbiosys, the decision to embark on a Brazilian-Indian co-production was not that difficult to make, though it still took four months to find the right work-split and financial relationship among the parties,” said Noeltner.

Assisting in determining the right work-split along with other technical details to the co-production were the film’s co-producers, Daniel Greco and Felipe Sabino from NIP (Tito and the Birds).

“We are very happy with closing this partnership with Symbiosys Technologies. During the trip to India, our team was very impressed with the quality of their professional and technical standards of their studios,” said producers Caio and Fabiano Gullane. “We are confident that through the joint efforts of Gullane, Symbiosys and CMG in Noah’s Ark we will deliver to the market a funny family audience film, which will be a success around the world.”

Symbiosys Entertainment is one of India’s leading animation and VFX companies, producing children’s entertainment content in CGI, 2D and mixed formats for film, TV and digital media platforms. Its talented artists in studios located in Visakhapatnam and Hyderabad have worked on Salma’s Big Wish (coming to theaters in November), Denver the Dinosaur and Miraculous Ladybug, among others. The company also has a marketing and sales team based in Los Angeles. Learn more at www.symbiosysentertainment.com. 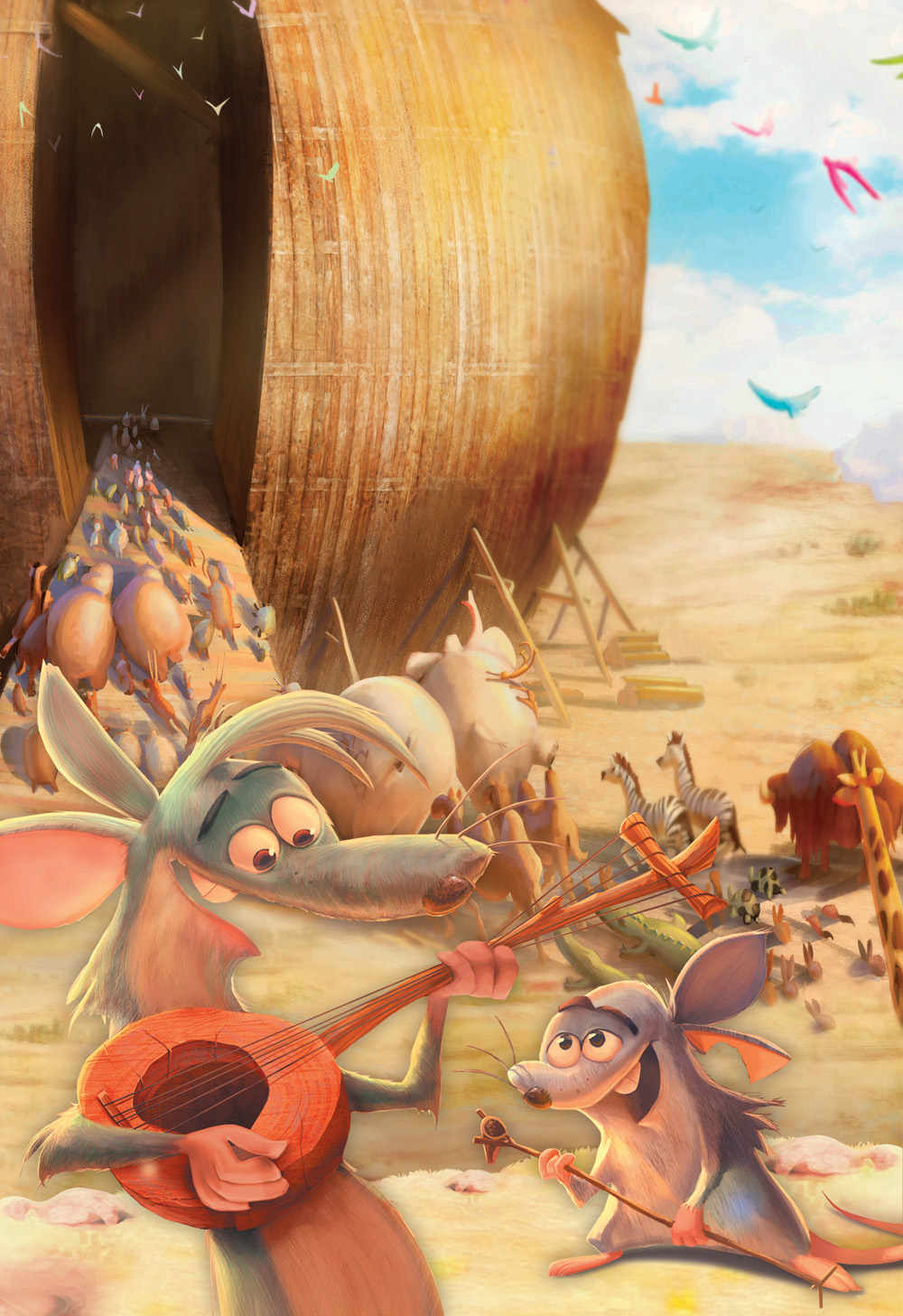